Past essays on this blog have featured some of my favorite “deep album tracks” — songs on well-known albums that didn’t get the attention I think they deserved.

Today’s entry highlights some of my favorite LPs by artists whose work barely made it onto the Billboard Top 200 albums, if at all.  These are bands from the 1970s who released only a handful of records, none of which sold well, but critics and a devout but small following rank them right up there among the best albums of their time.  Here are my candidates:

introspective lyrics from the likes of Joni Mitchell, James Taylor, Jackson Browne, Cat Stevens and others, but the most criminally overlooked artists of that period, in my opinion, were John Batdorf and Mark Rodney.  Their virtuoso acoustic guitars, great vocals, Batdorf’s superb songs and pristine production values were all in abundance on their amazing debut album, “Off the Shelf,” as well as the follow-up, “Batdorf and Rodney,” and, to a lesser degree, their final effort, “Life is You” (1975).  Tunes like “Oh My Surprise,” You Are the One,” “Where Were You and I,” “Let Me Go,” “One Day” and especially the effervescent “Can You See Him” all deserve a place among the highest-regarded songs of the genre.  Batdorf continues to release quality new music (four albums since 2006) as a solo artist, but if you want his best stuff, check out “Off the Shelf.” Phenomenal.

Peter Yarrow of Peter, Paul and Mary discovered this trio of musicians (Billie Hughes, Carl Keesee and Gary Dye) from Texas, got them a recording contract and hired them as his warm-up act in 1971.  Their self-titled debut album has some of the most stunning harmonies and melodies I’ve ever heard — “Blessed,” “Warmth Of Your Eyes,” “Listening

House,” “Eastward,” “Rivers” and “Whatever Happened.”  It’s now out of print;  I couldn’t even find the album cover art to use here.  They later toured behind label mate Todd Rundgren to promote their second album, “A Fool’s Paradise,” but sadly, they never caught on with the buying public.  In the ’80s, singer-songwriter Hughes developed a strong following in Japan and Europe, where he found success writing for film and TV.  His song “Welcome to the Edge” was nominated for an Emmy for its role as theme song for the soap opera “Santa Barbara” in 1991.  He died in 1998 at age 50.

Howard Werth and Keith Gemmell were the chief musical talents behind Audience, a British art rock band that was well received by critics but never achieved chart success in the UK nor the US.  They played in support of Led Zeppelin in 1971, and were paired with Elton John’s first producer Gus Dudgeon in making their finest of four albums, “The House on the Hill.”  Werth’s voice is admittedly an acquired taste, but his electric classical guitar stylings and Gemmell’s impressive playing on flute and sax resulted in several outstanding original recordings, including “Indian Summer,” “Raviole,” “Jackdaw,” “Nancy,” “You’re Not Smiling” and the 7-minute title track.  This is a superlative album well worth seeking out. 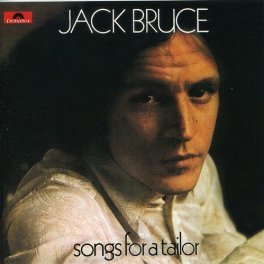 For three years (1966-1968), Jack Bruce was one of the hottest musicians in the world, playing bass and handling lead vocals for Cream, the British power trio that also featured a young Eric Clapton and drummer Ginger Baker.  Cream broke up in 1968, and Clapton went on to greater success in Blind Faith, Derek and the Dominos and a lengthy solo career.  Baker moved to South Africa and was only marginally involved in music afterwards.  Bruce continued playing in various ho-hum jazz bands and jazz-rock trios throughout the ’70s and ’80s that involved the likes of Leslie West and Robin Trower, and the output was average at best.  However, Bruce’s first solo album, 1969’s “Songs For a Tailor,” is a bonafide gem, with stellar playing and excellent songs like “The Clearout,” “Theme From an Imaginary Western,” “Ticket to Waterfalls,” “Weird of Hemirston” and “Never Tell Your Mother She’s Out of Tune.”

This multi-talented multi-instrumentalist is a classic example of a musician who got royally screwed by the industry.  Emitt Rhodes had been a member of two fledgling Sixties bands, The Palace Guard and Merry-Go-Round, and after they disbanded, Rhodes continued writing and recording songs to fulfill their contract with A&M Records, but they chose not to release his songs.  Instead, he invested in recording equipment and set up a home studio in his parents’ garage, playing all the instruments and singing and producing his own album.  He got a contract with ABC/Dunhill, and the album reached #29 on the charts in 1971, and was a big hit with critics as well.  “Fresh as a Daisy,” “Somebody Made for Me,” “Long Time No See,” “Lullabye” and “With My Face on the Floor” all have irresistible Beatlesque hooks and vocals that recall Paul McCartney.  A&M then released his earlier work, which confused buyers, and ABC demanded he release a new album every six months, a grueling pace that he found impossible to meet.  Discouraged, he soon quit the business but built a career as a producer/engineer.  The “Emitt Rhodes” LP is a hidden treasure.

Original Jethro Tull guitarist Mick Abrahams was a blues purist and didn’t enjoy life on the road, so he and Tull frontman Ian Anderson had a falling out over Anderson’s non-blues songs and a punishing tour schedule.  Abrahams left and formed Blodwyn Pig, who released two albums before folding.  Their first, “Aheads Rings Out,” offers the explosive “See My Way” and several excellent blues tracks like “It’s Only Love,” “Dear Jill” and “Summer Day.”  Although the album got little attention in the US, it reached #9 in England, rivaling Tull’s concurrent “Stand Up” LP that year.

Rankin’s warm voice, jazz-guitar stylings and love of Brazilian music didn’t exactly fit in on the pop charts — he put out six well-crafted records in the ’70s but never managed higher than #63 with his “Silver Morning” LP in 1975.  It’s a shame, because songs like “In the Name of Love,” “Haven’t We Met,” “Birembau” and “Silver Morning” are all worthy of your attention.   He recorded many cover versions of songs by The Beatles and others (“Blackbird,” “Penny Lane,” “While My Guitar Gently Weeps”), but his own compositions were even better.  His 1972 album “Like a Seed” contained his song “Peaceful,” which was a #12 pop hit for Helen Reddy in 1973.  He died of cancer in 2009 at age 69.

Singer/guitarist Kantner has been the mainstay in every phase of the great San Francisco band — Jefferson Airplane, Jefferson Starship, and Starship.  He fancied himself something of a countercultural revolutionary, and was obsessed with science fiction, so he combined those two interests and came up with a song cycle about hijacking a starship and starting a new world on some distant planet, since Earth appeared doomed to him.  Kantner’s solo concept album “Blows Against the Empire” was a bit silly lyrically, perhaps, but the music was excellent, thanks to the participation of several key musicians:   Grace Slick, Jerry Garcia, David Crosby, Graham Nash, Jack Casady, David Freiberg and Harvey Brooks.  Songs like “Let’s Go Together,” “A Child is Coming,” “Have You Seen the Stars Tonite” and “Starship” are as good as anything on earlier Airplane albums and later Starship LPs. 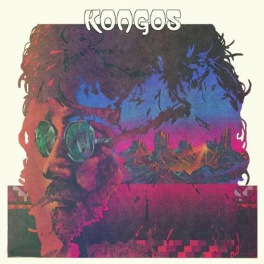 Born in South Africa, John Kongos had some modest success there in the Sixties with a number of groups before moving to England in 1969.  He enjoyed two Top Five hits there in 1971 — “He’s Gonna Step on You Again” and “Tokoloshe Man” — but they never reached the Top 40 in the US, and the album they came from, “Kongos,” reached #30 in the UK but failed to crack the Top 200 album list here.  Too bad — the songs are engaging and beautifully produced, recalling early Elton John at times, particularly “I Would Have Had a Good Time,” “Gold,” “Tomorrow I’ll Go” and “He’s Gonna Step on You Again.”  This one will be tough to find but well worth the effort.

One of Britain’s better progressive rock/art rock bands that never made much impact here was Be-Bop Deluxe.  They never played bebop music, preferring blues-based British rock not unlike David Bowie.  Three of their seven albums reached the Top 20 in the UK, but none did better than #60 in the US.  Singer/songwriter Bill Nelson had a knack for great song riffs and quirky science-fiction lyrics, and it all came together nicely on their 1976 LP, “Sunburst Finish,” which includes great tracks like “Ships in the Night,” “Fair Exchange,” “Crying to the Sky,” “Sleep That Burns” and “Life in the Air Age.” If you like Ziggy-era Bowie, you’ll enjoy this LP for sure.