I was born in 1955, came of age in the Sixties, and lived and breathed rock/pop music of many kinds throughout the Seventies.  Much of my reference base has been in those two decades.

As has been proven time and time again, the music we grow up with in our formative years will almost always be more important to us than music we absorb later in life.  When we’re between the ages of, oh, 13 and 25, music is a lifeblood, and it carries deeper meaning and makes a greater impact, even for people for whom music has never been all that crucial.

By the time the Eighties arrived, I think it’s fair to say I started feeling somewhat detached from what was going on in the rock music scene.  I continued to buy plenty of albums (and then CDs as they became the dominant way to buy music) throughout the decade — and in the 1990s, 2000s and 2010s too.  But I no longer felt on top of my game.  It somehow wasn’t the same.

Reflecting on this, I realize that in the ’80s, I was basically still stuck in the ’70s, unwilling to accept the changing of the guard, and the broadening of public tastes, that was occurring.  It seems like most of the music I was listening to at that time was by artists from the ’70s who were still pumping out great stuff in the ’80s:  Dire Straits, The Cars, Steve Winwood, Paul Simon, Pink Floyd, Bruce Springsteen, Marvin Gaye, James Taylor, The Alan Parsons Project, Billy Joel, Queen, David Bowie, Stevie Wonder, Jethro Tull, Eric Clapton, Genesis/Phil Collins, Hall and Oates, Tom Petty, Heart…

What’s more, many of the biggest artists of the decade — Prince, AC/DC, Madonna, Journey, Duran Duran, John Mellencamp, Metallica, George Michael — weren’t really my cup of tea.  Sure, I loved individual tracks (“Raspberry Beret,” “La Isla Bonita,” “Faithfully”), but I didn’t buy the albums, and certainly didn’t “wear the grooves off the vinyl,” as we used to say about records we played continually.

But also, I recognized there was a major shift going on.  The ’80s featured a whole slew of new bands — British, Australian and homegrown — who were offering up a techno-based sound, approach and look (much of it geared for MTV audiences), and I didn’t feel as if I was part of the audience they were seeking.  Still, I tried mightily to learn more, listen more, watch more closely and see if it might start sinking in and appealing to me after all.

It didn’t take too long for the best of these artists to earn my attention.  Joe Jackson.  The Police.  Simple Minds.  U2.  Eurythmics.  Men at Work.  Crowded House.  INXS.  Pat Benatar.  Til Tuesday.  R.E.M.  Tears for Fears.  The Pretenders.

But even further, there was a vibrant underground scene that was flying along beneath my radar (just as there had been in the ’70s, but I was more tuned in to that one).  I admit I just couldn’t cotton to many of these bands until much much later, when my musical sensibilities had mellowed and I had some more perspective, I guess.  Now, looking back, I sheepishly have to wonder why it took me so long to open my ears and appreciate the music of The Talking Heads, Elvis Costello, The Cure, Echo and the Bunnymen, The Smiths, Jane’s Addiction, The Psychedelic Furs, New Order, The Replacements, Robyn Hitchcock & The Egyptians, The Smithereens…

The best lesson I got in discovering a lot of this music didn’t come until 2005 when I was given a copy of a 4-CD collection called “Left of the Dial:  Dispatches from the ’80s Underground.”  It contains 80 vintage tracks from a wild array of unknowns (some now known, many not) who released some damn fine songs worth exploring.   Standouts include Julian Cope‘s “World Shut Your Mouth,” The Chameleons‘ “Swamp Thing,” Jesus and Mary Chain‘s “Just Like Honey,” Ultravox‘s “Vienna,” X‘s “Johnny Hit and Run Paulene,” The Church‘s “Under the Milky Way” and The Pixies‘ “Monkey Gone to Heaven.”

So I guess my point is, the Eighties were a period of major transition, certainly for me and my contemporaries.  But I encourage anyone who regards the music of 1980-1989 as unworthy of respect or attention should do some serious reevaluating.  Underneath the vapid crap that polluted the airwaves (think Air Supply, Lionel Richie, Rick Springfield, Bonnie Tyler, Cutting Crew or Tiffany) was a wealth of substantial, powerful, important, REAL rock music that is ripe for discovery.  So get to it!

To get you started, here is my list of my 15 favorite albums of the 1980s.  Granted, they include the work of ’70s groups as well as bands that were truly products of the Eighties, but I submit that it’s a healthy balance of the old guard and the young turks.

The first Spotify playlist includes a couple of tracks from each of these albums.  The second playlist is comprised of 25 selections from the aforementioned “Left of the Dial” collection.  Enjoy!

The “angry young man” of the British New Wave movement in the late ’70s paid a tribute to swing music with his “Jumpin’ Jive” LP in ’81, then came up with this marvelous homage to New York City.  A fabulous album, beginning to end.  Two hit singles — “Steppin’ Out” and “Breaking Us in Two” — made it his most successful album commercially, but don’t overlook “Chinatown,” “Cancer,” “TV Age,” “Another World” and “A Slow Song”… 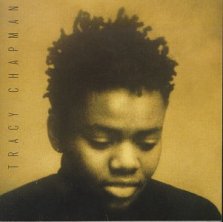 In the midst of all the technopop and dance music of the late ’80s came this relatively raw album of acoustic songs that reminded many of late ’60s politically charged music. Although it was “Fast Car” that brought Chapman national attention, it was the consistency of this debut LP that brought her widespread respect:  “Talkin’ ‘Bout a Revolution,” “Baby Can I Hold You,” “For My Lover,” “Mountains o’ Things”…

Ric Ocasek and Benjamin Orr wrote enormously catchy tunes for their Boston-based group beginning with their astounding 1978 debut, and by 1984, they had polished their sound to perfection, thanks to producer Robert John “Mutt” Lange.  “Drive,” “Magic,” “Hello Again” and “You Might Think” were all hits, but “Looking for Love,” “Stranger Eyes” and the title track were just as good.  To my ears, the band was never better than on this LP. 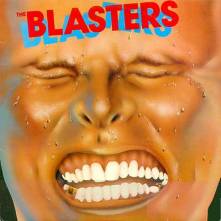 The Stray Cats usually get the credit for pioneering the rockabilly revival of the early ’80s, but in fact it was brothers Dave and Phil Alvin and their L.A.-based band, The Blasters, who got the ball rolling.  Their second LP is an energetic blast of ’50s-style rock ‘n roll that will inject life into any gathering or road trip, from the opening notes of “Marie Marie” through “I’m Shakin’,” “American Music,” “So Long Baby Goodbye,” to the closer, “Stop the Clock.” 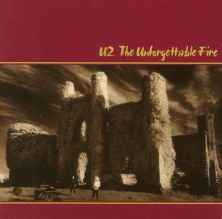 It wasn’t until 1987’s “The Joshua Tree” when U2 became the international sensation they still are (and deserve to be) today.  But this album still never fails to knock me out, with spectacular songs like “Bad,” “Pride (In the Name of Love),” “MLK,” “Elvis Presley and America,” “4th of July” and the title song.  The Edge’s one-of-a-kind guitar stylings and Bono’s impassioned vocals really came into their own on this LP. 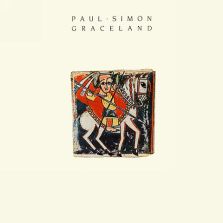 What a watershed LP!  Once Simon first heard the remarkable rhythms of South Africa on a loaned cassette, he was driven to learn more and expose the world to their contagious nature.  Add Simonesque lyrics and outstanding musicianship to the mix, and the result was ten extraordinary tracks, most notably “Diamonds on the Soles of Her Shoes,” “Under African Skies” (duet with Linda Ronstadt), “The Boy in the Bubble,” “You Can Call Me Al” and the title song.

Chrissie Hynde may be rock’s finest female vocalist ever, and her band The Pretenders, despite losing two members to drug overdoses, regrouped and astounded everyone with their best work in 1984.  The group’s LPs have continued to impress in subsequent years, but the material here is legendary:  “My City Was Gone,” “Back on the Chain Gang,” “2000 Miles,” “Thumbelina” and a great cover of “Thin Line Between Love and Hate.”

Most people prefer “Songs From the Big Chair” (1985), but the accomplished songwriting and craftsmanship of the eight songs that comprise Tears for Fears’ “The Seeds of Love” are superior, in my opinion.  “Advice for the Young at Heart,” “Woman in Chains,” “Standing on the Corner of the Third World” and, most impressively, the Beatle-esque “Sowing the Seeds of Love” left an indelible mark on me as the decade drew to a close.

This excellent band from Athens, Georgia went on to become enormously popular and successful in the ’90s and beyond, but in the early ’80s, they were still more of a cult favorite.  “Reckoning” was their first LP to gain more mainstream attention, thanks to Michael Stipe’s distinctive vocals and Peter Buck’s Byrds-like jangly guitar on strong tunes like “Pretty Persuasion,” “So. Central Rain (I’m Sorry),” “Harborcoat” and “(Don’t Go Back to) Rockville.”

From a punky/reggae/New Wavy sound on their 1978 debut, The Police continued to command our attention as they grew more sophisticated with each subsequent album.  By 1983’s “Synchronicity,” the trio was one of the hottest acts in the world, and Sting’s songs were his best yet:  “King of Pain,” “Wrapped Around Your Finger,” “Walking In Your Footsteps,” “Synchronicity (I and II)” and the monumental hit “Every Breath You Take.” 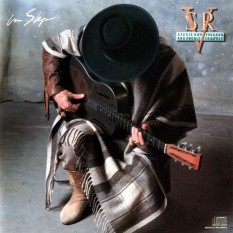 The blues mostly fell out of favor in the ’80s, but dedicated blues guitar purists like Vaughan were still out there playing dusty roadhouses, keeping the genre alive.  It finally paid off for him on his outstanding LP “In Step,” which included “Tightrope,” “Love Me Darlin’,” “Crossfire,” “Leave My Girl Alone” and the mesmerizing instrumental closer, “Riviera Paradise.”  Tragically, it would be his last — he was killed in a helicopter crash a year later.

Although they’d been popular in Great Britain for years, Scottish band Simple Minds didn’t make much of an impact in the US until “Don’t You (Forget About Me)” rocketed to #1 as the theme from the iconic film “The Breakfast Club.” In the wake of that success came “Once Upon a Time,” a superlative set of beautifully produced songs including “Sanctify Yourself,” “Alive and Kicking,” “Come a Long Way,” “All the Things She Said” and “Ghost Dancing.”  LOVE this album.

Mark Knopfler and his band are SO much more than 1978’s “Sultans of Swing” and 1985’s “Money for Nothing.”  I can think of no other guitarist who emerged from this period who has produced as much fine music or influenced as many musicians as Knopfler.  The criminally under-appreciated “Love Over Gold” LP showcases the best qualities of Dire Straits’ smooth yet powerful sound on tunes like “Private Investigations,” “Industrial Disease,” “It Never Rains” and their 14-minute tour-de-force, “Telegraph Road.” 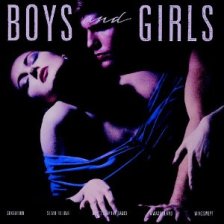 Roxy Music played quirky dissonant cutting-edge art rock during their 10-year run (1972-1982), culminating in their glamorous swan song, “Avalon.”  Lead singer Bryan Ferry, who had released several solo projects concurrently, continued on his own, coming up with a cool masterpiece, “Boys and Girls,” in 1985.  Every track shines, particularly “Slave to Love,” “Don’t Stop the Dance,” “Stone Woman,” “Valentine” and the title cut. 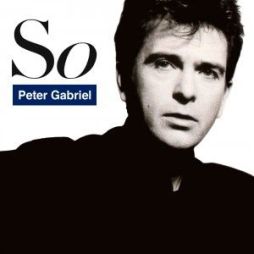 As the leader of Genesis (1969-1975), Gabriel earned a reputation as a visionary, writing, singing and performing mind-bending music, and this continued through a series of startling solo albums in the late ’70s and early ’80s.  In 1986, his creativity took a more commercial turn, and the result, “So,” took the music scene by storm, with amazing tracks like “In Your Eyes,” “Red Rain,” “Big Time,” “Don’t Give Up” (a duet with Kate Bush) and “Sledgehammer,” whose accompanying music video won multiple awards.