auto accident in a Paris tunnel.

Consequently, I went ahead and started assembling a setlist of songs about Royals — kings, queens, princes, princesses.  A couple of my selections reference Lady Diana in particular, but most have more to do with the titles and the notion of royalty.  It’s kind of a loose, hodgepodge collection of music, but give it a chance.  Check out these songs on the Spotify playlist at the end of the column.  It’s just for fun.  And I think Diana would’ve liked that.

Adams wrote this tune with veteran Canadian songwriter Jim Vallence, and although the lyrics don’t mention Lady Diana or Prince Charles by name, there’s little doubt it’s about the royal couple (Adams even admitted it in interviews).  The narrator is infatuated with “Diana” and criticizes her choice of husband — “The day that he married you, I nearly lost my mind, Diana, whatcha doing with a guy like him… He may have lots of dough but I know he ain’t right for you… Diana, she is queen of all my dreams…”  Not surprisingly, Adams was worried that they might take offense, so he left it off his hugely popular album “Restless” that year, instead relegating it to the B-side of his hit single, “Heaven.”  He performed it often in concert for many years, but upon her death, he retired the song permanently.  (It’s not available on Spotify and hard to find elsewhere, so if you have a copy of the single, you might want to hang on to it…)

When Elton’s lyricist Bernie Taupin wrote the words to this classic in 1973, he was obsessed with Marilyn Monroe and her tragic tale of fame gone wrong and the relentless hounding of her by the media.  Twenty-four years later, when Lady Diana died while being aggressively pursued by the paparazzi, the Taupin/John team took the extraordinary step of writing new words to the song as a tribute to their fallen friend.  The new version, which began with “Goodbye England’s rose” instead of “Goodbye, Norma Jean,” became a record-setting international hit and the best-selling song in UK chart and Billboard chart history, holding the #1 position in a dozen countries for many weeks following her death.

One of most popular love songs of the late ’50s period, “Diana” was written by Anka about a girl he had a crush on but barely knew.  He pined for her but she was a couple years older and most likely unattainable, which gives the song its angst that resulted in sales of nearly nine million copies.  Lady Diana wasn’t even born yet, so the song clearly has nothing to do with her…unless you want it to when you sing it at a karaoke bar. 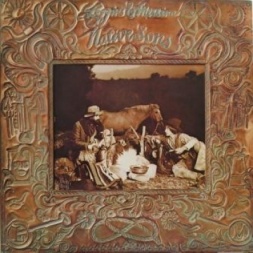 Kenny Loggins and Jim Messina were a duo by accident.  Loggins was pegged as a solo artist, and Messina was to be his producer, but Messina contributed so much to the debut album’s tracks (guitar, vocals, and several songs) that they were persuaded to proceed for five years as a successful duo.  On their final of five well-received studio albums, “Native Sons,” there’s a fantastic tune written and sung by Messina called “Pretty Princess” that tells a romantic tale of a married woman who gives in to the temptation of another man’s advances for one smoldering night. 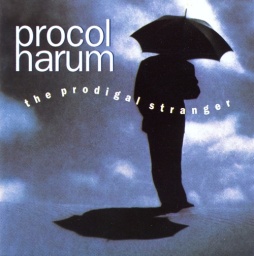 One of the great underrated British progressive bands of the ’60s and ’70s, Procol Harum reunited in the early ’90s with a strong LP called “The Prodigal Stranger,” led by veteran alums Gary Brooker on vocals and keyboards and Robin Trower on guitar.  It didn’t get much attention, but there are at least four tracks worth checking out, including Brooker’s regal-sounding “The King of Hearts,” which compares the jockeying for position that occurs in many relationships with the playing of cards in a poker game.

The legendary rock opera “Tommy,” as most everyone knows, is the story of a boy who is struck deaf, dumb and blind after seeing his father murder his mother’s lover.  In one attempt to find a cure, Tommy’s parents take him to a gypsy, a self-proclaimed “Acid Queen” who feeds him LSD to unlock the boundaries of his mind.  Pete Townshend wrote and sang the track, which is often paired with the subsequent instrumental piece, “Underture,” which approximates an acid trip.  Soul music dynamo Tina Turner, belting her heart out, played the part of The Acid Queen in the “Tommy” film in 1975.

One of the great lost classics from the Crosby/Stills/Nash/Young catalog is this track from Nash’s “Songs for Beginners” solo debut.  Several of the songs on the LP deal with his breakup with lover Joni Mitchell after an 18-month relationship, which had been chronicled more happily in songs like CSNY’s “Our House” and Mitchell’s “Willy” (Nash’s middle name).  In “I Used to Be a King,” Nash talks somewhat resentfully about how he used to be treated like royalty, but he’s now steeling himself against future relationships going bad:  “Someone is gonna take my heart, but no one is gonna break my heart again…” 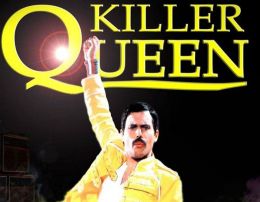 “She keeps Moet and Chandon in a pretty cabinet, ‘Let them eat cake,’ she said, just like Marie Antoinette, a built-in remedy for Kruschev and Kennedy, at anytime an invitation you can’t decline, caviar and cigarettes, well versed in etiquette, she’s extraordinarily nice, she’s a killer queen…”  Freddie Mercury wrote this track as a combination of admiration and indictment of all the pampered femme fatales out there who tease and manipulate men and then leave them by the wayside.  It turned out to be Queen’s commercial breakthrough, reaching #2 in the UK and #12 in the US.

This superb track from The Police’s last and best album, “Synchronicity,” represents composer Sting coming to grips with the pain involved in the breakup of his marriage and the looming dissolution of the band.  He recalled seeing sunspot activity one afternoon and remarked to his wife, “There’s a little black spot on the sun today… That’s my soul up there…”  She responded by poking fun at his self-pity:  “There he goes again, the king of pain.”  Sting formed a wonderfully poignant song around that exchange, and it ended up #3 on the US charts, following “Every Breath You Take”s trajectory.

One of the best of the earliest heavy metal singles, this hard rock classic reached #21 in the spring of 1970.  Drummer Corky Laing, guitarist/vocalist Leslie West and bassist Felix Pappalardi co-wrote most of the material on Mountain’s debut LP, “Mountain Climbing!”  This track featured a feisty Cajun lady — West claims she was a real person — known all over the region as the Mississippi Queen, who could teach a man a thing or two “if you know what I mean.”  During recording, so many takes were required to get it right that Laing started counting off the time with a cowbell, and it became an integral part of the track.

The Allman Brothers Band had endured two tragic deaths and still emerged in 1973 with a #1 album (“Brothers and Sisters”) and a #2 single (“Ramblin’ Man”).  Still, Gregg Allman was writing songs the other members rejected, so he went off on his own to produce a strong solo LP, “Laid Back.”  The highlight is “Queen of Hearts,” a smoky, bluesy, jazzy piece in which Allman, a notoriously unfaithful guy in his relationships, wistfully fights sadness and wasted time by devoting himself, however fleetingly, to his queen of hearts.

A brief, tongue-in-cheek ditty Paul McCartney wrote as an affectionate nod to the Queen.  It’s hard to imagine now, but this song fragment was originally slated to be placed in the middle of the “Abbey Road” Side Two medley, between Lennon’s two tracks, “Mean Mister Mustard” and “Polythene Pam.”  It would have been a jarring distraction there, I think, and spoiled the momentum.  Indeed, at one point in the editing process, McCartney himself said, “Take it out, it’s just a piece of fluff, it doesn’t matter.”  Studio engineers had been told never to discard any Beatles tape, so the 30-second snippet was tacked on past the leader tape on the “Abbey Road” masters.  When McCartney listened to the playback and “Her Majesty” suddenly arrived 15 seconds after the album had ended, he said, “Perfect!  Leave it right there.  What a great P.S. to the fans!” 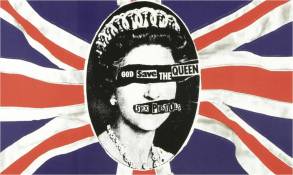 Despite being banned by the BBC, The Sex Pistols’ scathing diatribe “God Save the Queen” was at the top of the UK charts at the time of Queen Elizabeth’s Silver Jubilee.  Co-songwriter Johnny Rotten dismissed those who saw the song as an attack on England:  “You don’t write ‘God Save the Queen” because you hate the English race.  You write it because you love them and you’re fed up with them being mistreated.”  The 1970s were particularly hard on Britain’s working class, which helped bring on the anger and outrage of the punk rock movement.  The song made almost no impact in the US, although the punk movement here embraced it, and Rolling Stone ranked it one of the “500 songs that shaped rock and roll.”

An ear worm if there ever was one.  The Swedish foursome enjoyed a number of hits in the US, the UK and elsewhere, but none bigger than this disco anthem that dominated the charts worldwide in the early months of 1977.   The lyrics describe a 17-year-old young and sweet dancing queen “having the time of your life” as she searches the discos for her fantasy dancing king.  It was the #1 song in 17 different countries, and you can still count on hearing it at weddings and karaoke bars today.

One of the recognized anthems of the progressive rock era, although not commercially popular, this 10-minute track from the album of the same name offers some arresting Robert Fripp guitar and a young Greg Lake handling lead vocals.  It crystalizes the regal, quasi-classical, quasi-haunting sound that other bands borrowed over the next several years (Rick Wakeman, Yes, Emerson Lake & Palmer, Genesis).  It occurs to me that this piece would make a hell of a great soundtrack song for use in “Game of Thrones.” (Note:  The track included on the Spotify playlist is from a 2016 live LP without Lake on vocals.) 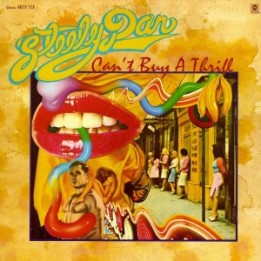 Every single track on Steely Dan’s debut LP, “Can’t Buy a Thrill,” is fabulous, but one of my personal faves is this infectious little number with typically obtuse lyrics that are open to interpretation.  Some think the line “We’ve seen the last of Good King Richard” refers to Nixon, and “Raise up your glass to Good King John” is a toast to Kennedy, but Donald Fagen denies this, saying it’s just about how kings’ reigns typically didn’t last long, thanks to brutal wars and court skullduggery.

The man named Prince Rogers Nelson decreed in 1992 that he would henceforth be referred to as a unique symbol, a stylized combination of the astrology-inspired symbols for Mars/man and Venus/woman.  Still, he couldn’t help kicking off the new album with a single called “My Name is Prince,” just to make sure everyone was on board with his new identity.  The lyrics proudly touted his funky musical prowess, but also decried what happens to people once they reach the heights of fame:  “My name is Prince, I don’t want to be king, ’cause I’ve seen the top and it’s just a dream…”

You can listen to the hugely successful Lorde single as often as you want, but I still prefer the remake by these supremely talented, Nashville-based singers.  It shows far more savvy, more melody and more harmony than the original.  Their music video of “Royals” has registered more than 4.5 million hits on YouTube, making it one of the most popular covers of the past few years.  The song’s lyrics, by the way, aren’t really about British royalty; Lorde is referring to the superstar artists in the music business, who she disparages for living a rarefied, materialistic lifestyle.