Some rock musicians are such huge celebrities that it’s hard for us to imagine that, at some point, they all were like the rest of us, toiling away at temporary, dead-end jobs, before they hit the jackpot and found fame and fortune.  Perhaps it shouldn’t be surprising that most stars came from humble beginnings which often included holding odd jobs that ranged from boring or unpleasant to exotic or bizarre.

Let’s take a look at 20 big rock stars and some of the curious lines of work they dabbled in when they were young and struggling:

Freddie Mercury, along with Queen drummer Roger Taylor, ran a market stall in London’s Kensington Market, selling their own artwork, along with second-hand clothes.  They enjoyed it enough to keep the vendor space open from 1969 until 1973, even after the release of Queen’s debut LP.  It wasn’t until late 1974 that they became stars when “Killer Queen” rocked the charts.

In the mid-’60s, Tom Waits was hired as a dishwasher at a pizza parlor in San Diego but was soon promoted to pizza cook.  He wrote about his experience in his song “The Ghosts of Saturday Night (After Hours at Napoleone’s).”  Waits has never done well on the charts, but his music is widely revered for its honest lyrics and well-worn music.  You might want to check out “I Hope That I Don’t Fall in Love With You” from his superb debut LP, “Closing Time.”

In 1975, already age 30, Debbie Harry had worked as a waitress at Max’s Kansas City club in New York City, and then spent a few months as a Playboy bunny in New York City’s Playboy Club.  She later dyed her hair bright blonde, and became a sensation as the lead singer of Blondie, with huge hits like “Heart of Glass,” “Call Me” and  “Rapture.”  She said she dealt with the clientele’s leers and gropes by dabbling in drugs to numb her to the experience.   “I was often half asleep and didn’t much notice, or care, what was going on.”

David Jones’s first job, at age 13, was as a delivery boy for a local butcher in a London suburb.  He used the money he earned to pay for saxophone lessons, and within three years, he became a professional musician and changed his name to David Bowie to differentiate himself from Davy Jones of The Monkees.  Suffice it to say Bowie’s extraordinary 40-plus career ensured there was no mistaking the two David Joneses.

Ozzie Osbourne, who soon afterwards found himself the front man of the first heavy metal band Black Sabbath, spent about nine months working in a slaughterhouse. 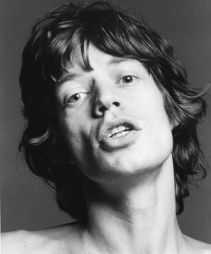 “The smell was repulsive,” he said.  “I had to slice open the cow carcasses and get all the gunk out of their stomachs.  I used to vomit from it every day.”

When he was 18, Mick Jagger seriously weighed the advantages of pursuing his passion for rock and roll or continuing as a student at the London School of Economics, where he was working toward a degree in business with an eye toward journalism or politics.  I think we all know how it turned out — he helped write and perform some of the most iconic songs of the last half of the 20th Century.  But his business schooling also helped make him one of the richest rockers of all time.

Long before “Maggie Mae” and “Tonight’s the Night” were #1 singles, Rod Stewart spent time working in Highgate Cemetery in London, mostly mapping out burial plots but also periodically digging graves.  He also did a stint working in a funeral parlor, greeting guests at wakes and driving hearses.

Patti Smith — famous for her influential 1975 debut album “Horses” and breakthrough “Easter” LP in 1978, which included her version of Bruce Springsteen’s “Because the Night” — worked at a toy manufacturing company for a few months, assembling boxes and sometimes testing toys before packaging.  “I guess it was kind of fun checking out  toys, but mostly they made me do the drudge work,” she recalled.  “The women who worked there were incredibly mean to me, I guess because I was too rebellious for them.  A horrible experience, for the most part.”

After Simon & Garfunkel’s 1964 debut album (“Wednesday Morning 3AM”) stiffed, the duo went their separate ways.  Paul Simon headed to England and tried his hand at “busking,” playing for spare change in the London subways, but Art Garfunkel put his college degree to work teaching high school algebra in Brooklyn.  Apparently, he was pretty good at it, because the principal said he was sorry to see him go when “The Sound of Silence” was re-released (with a folk-rock arrangement) and rocketed to #1 in 1966, and the duo quickly reunited and went on to become superstars.

Madonna had always been ambitious, earning great grades and hoping to do well with her natural instinct for modern dance.   Although she won a scholarship for dance at the University of Michigan, she dropped out at age 20 and moved to New York City to pursue a professional career in dance, but she had no support and wondered how she’d survive with “about 35 bucks to my name.”  To help make ends meet, the future pop star and trendsetter worked the Dunkin’ Donuts counter for several months.  She would “live to tell” many other stories…

At age 18, Jimi Hendrix found himself in trouble with the law when he was twice caught riding in stolen cars.  Given the choice between jail time and military service, Hendrix enlisted, where he served at bases in California and Kentucky.  He completed paratrooper training but alienated his superior officers, often shirking his duties in favor of practicing guitar.  He managed to finagle an honorable discharge from the Army in 1962 after only one year, and immediately started playing gigs with various bands, including King Curtis, Sam Cooke, Wilson Pickett and The Isley Brothers.  By 1967, he was an international sensation (“Are You Experienced?,” “Electric Ladyland”) before his untimely death in 1970.

Ross MacManus, a bandleader and musician in London in the ’50s, took the stage name Day Costello, and when his son Declan decided at age 17 to 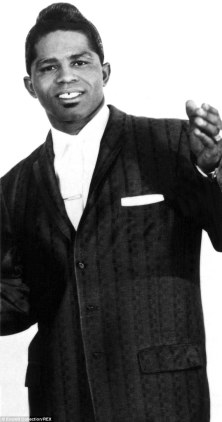 form a band, he adopted the name Elvis Costello as a tribute to his dad and his early rock hero.  To support himself in the mid-’70s, he worked as a data entry clerk at the London offices of Elizabeth Arden.  He also served as a computer operator for Midland Bank.

Born into poverty in South Carolina, James Brown showed an early predilection for music, and wanted to pursue it, but it took some time.  He was a boxer for a while as a teen, then got arrested for car theft and formed a gospel group in prison.  Later he worked as a truck mechanic, a shoeshine boy and a high school janitor. All that happened before, at age 22, he took his energy and amazing vocal ability to the top of the charts with the one-two punch of “Papa’s Got a Brand New Bag” and “I Got You (I Feel Good),” which earned him the nickname “the Godfather of Soul.”

Before donning face paint and becoming the menacing, long-tongued bass player of Kiss, Gene Simmons served as “an excellent typist” for an editor of the fashion department of Vogue magazine.  He also served a stint as a sixth grade teacher in New York’s upper West Side, focusing on art and music.  In recent years, apparently, he has helped his friends’ kids by typing some of their lengthy essay assignments.  His stage persona never had anything to do with any of this, evidently.

As a young boy, Keith Richards spent time watching his father play tennis at a local tennis club, and at 15, he was persuaded to spend a summer as a ballboy there.   He didn’t last long — he was prone to goof off, which embarrassed his father and angered his boss.  “I didn’t respond well to authority,” he chuckled.  “Still don’t.”  But his fifty-plus years as guitarist for The Rolling Stones shows he could give the finger to just about anyone.

From meager roots in Tupelo, Mississippi, Elvis Presley and his family moved to Memphis when he was a teenager, and from there he pursued his dream to become a singer.  He did numerous auditions and demos for companies like Sam Phillips’ Sun Records, but nothing much happ-pened.  Meantime, he took a job as an electrician, and then a truck driver, for Crown Electric in Memphis.  One bandleader dismissed him with the comment, “Keep driving a truck, Elvis.  You’re not much of a singer.”  I think maybe that guy was wrong about that.

As a boy, Marvin Aday was a beefy Texas boy who decided he didn’t want to play football, as everyone thought he should, but instead got involved in high school drama, playing a part in “The Music Man.”  He moved to Los Angeles, and adopting his mother’s favorite dish to cook, he assumed the name Meat Loaf, hoping to make something of his acting dreams.  Sure enough, he played a key part in “The Rocky Horror Picture Show,” on stage and in the film version.  But things stalled, and he found himself putting in brief stints as a bouncer in various L.A. night clubs.  By 1977, Meat Loaf was a superstar, thanks to the work he did with Jim Steinman’s opus “Bat Out of Hell.”

erpool was a tough place to grow up in the 1950s, still suffering from the effects of World War II.  For Richard Starkey, later known worldwide as Ringo Starr, it was even worse — he contracted appendicitis and then peritonitis as a youngster and spent much of his childhood in convalescence and under medical care.  Eventually Ritchie pursued a life as a drummer, but not before accepting a position as an apprentice at an industrial equipment manufacturer in Liverpool.  That lasted about four months before he joined Rory Storm and The Hurricanes, where he was admired by John Lennon and Paul McCartney, and Ringo was asked to replace Pete Best on drums for The Beatles.  Perhaps you’ve heard of them?

Divorce and other circumstances meant Eddie Vedder‘s childhood was split between Evanston, Illinois and San Diego.  His interest in music, spiked by The Who’s “Quadrophenia” album, had him working in bands and cutting demos on home equipment.  To make ends meet, Vedder worked as a security guard at La Viencia Hotel in San Diego for a spell, but things came to abrupt end when he was discovered in a back room practicing guitar instead of being at his security post.  Eventually, Vedder became the lead singer of one of grunge rock’s most impressive bands, Pearl Jam, whose albums in the 1990s and 2000s (“Ten,” “Vs.,” ” Vitalogy,” “No Code”) routinely reached the Top Five of the US charts. 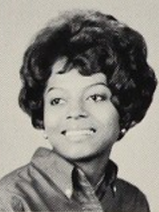 In 1960, Diana Ross became the first black employee at Hudson’s Department Store in Detroit who was allowed to work “outside the kitchen.”  She excelled as a saleswoman in the ladies fashion department because of her schooling in modeling, cosmetology and fashion at Cass Technical High School in Michigan.  Within four years, she was the lead singer in The Supremes, who had five consecutive #1 hits in 1964 (“Where Did Our Love Go,” “Baby Love,” “Come See About Me,” “Stop in the Name of Love” and “Back in My Arms Again”) and many more big hits afterwards (“You Keep Me Hangin’ On,” “Reflections,” “Love Child, ” “Someday We’ll Be Together”).