“I would write five songs to get one song.  I’d have a big junkyard of stuff written as the year went by.  If something wasn’t complete, I just pulled out the parts I liked, like taking 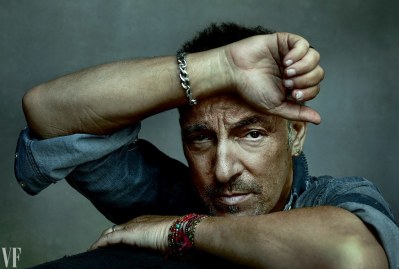 the parts you need from several cars, and you put them in the other car so that car runs.” — Bruce Springsteen, on the songwriting process

To the layman, the art of writing a song seems magical, almost otherworldly.

Many people find it hard enough just to write a coherent sentence or a paragraph, let alone an essay, a speech or, God forbid, a book.  The idea of conjuring up song lyrics and then putting them to music is… well, a Herculean task, and pretty much impossible.

So how do the songwriters do it?  How do they do it even once, never mind dozens of times?  How do icons like Bob Dylan or Paul McCartney write memorable song after memorable song every year from their teens until well into their 70s? 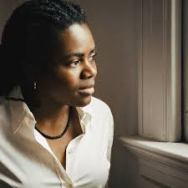 Clearly, it’s a very rare, God-given talent.  And it is mysterious.  Even the songwriters themselves are hard-pressed to explain exactly how it works or where the songs come from.

“Songwriting is a very mysterious process.  It feels like creating something from nothing. It’s something I don’t feel like I really 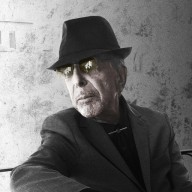 “If I knew where the good songs came from, I’d go there more often.  It’s a mysterious condition.”  — Leonard Cohen

Those fortunate few who have the ability to craft a song concede that they often struggle to produce something they’re satisfied with.  The late Leon Russell, an exceptional pianist, arranger and recording artist, admitted that songwriting never came naturally to 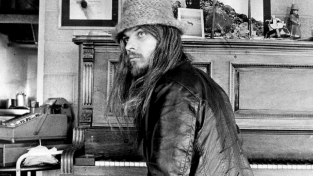 him.  “Songwriting was very tough for me.  I would go in and sit, and hope for inspiration to come, but it was rarely forthcoming.”

Most classical music composers studied the intricacies of music for many years before attempting to write an aria, sonata or symphony.  By contrast, many pop songwriters confess that they had little or no musical education.  McCartney, the most 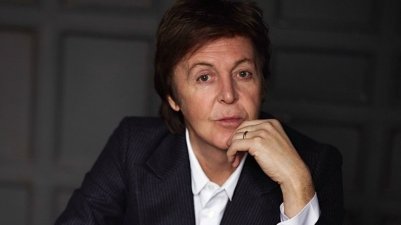 successful songwriter of the past half-century, says he can’t read nor notate music.  It just comes to him by playing around with notes and chords as he plays guitar or piano.

“If I was to sit down right now and write a song,” McCartney said, “I’d use my usual method:  I’d either sit down with a guitar or at the piano and just look for melodies, chord shapes, musical phrases, some words, a thought just to get started with. And then I’d just sit with it to work it out, like I’m writing an essay or doing a crossword puzzle. That’s the system I’ve always used.”

Neil Diamond may have put his finger on it when he explained what he saw as a major deficiency in his songwriting toolbox.  “I don’t deny now that it would have been nice to have had more background in music theory.  But because I never had any of that, songwriting is easily the hardest part of what I do.” 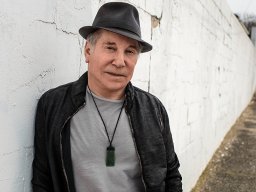 Paul Simon admits that it takes him a long time to write songs.  “For me, the music — or more accurately, the rhythm — usually comes first, and then a melody will suggest itself.  This may take weeks, even months.  Then I struggle a long time to settle on the lyric.  It’s very helpful to start with something that’s true.  If you start with something that’s false, you’re always covering your tracks.” 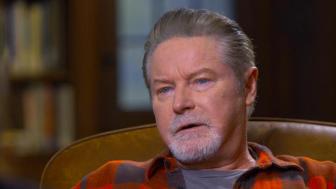 Some artists have had considerable success by regarding songwriting as a process.  Here’s Don Henley‘s take on it:  “My process hasn’t changed much at all.  I still use legal pads.  I do a lot of writing in my head when I’m engaged in other activities, like driving, or loading the dishwasher.  I find that when I’m doing menial tasks, my mind lets go of all the clutter, and then the creative stuff can bubble up from the subconscious.” 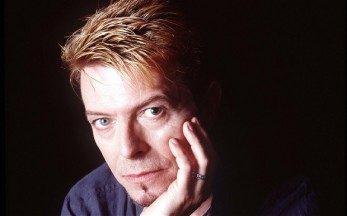 changes, said he found it helpful to have rules and a structural process, but he never minded breaking those rules now and then.  “I think process is quite important. To allow the accidental to take place is often very good.  So I trick myself into things like that.  Maybe I’ll write out five or six chords, then discipline myself to write something only with those five or six chords involved.  Of course, I’ll cheat as well.  If I’ve got the basis of something really quite good coming out of those five or six chords, then I’ll allow myself to restructure it a bit, if I think, well, that could be so much better if instead it went to F-sharp, or something like that.”

Artists of all types talk about having a muse — an intangible inspiration, stimulus or creative influence.  In Greek mythology, the Muses were the nine goddesses (daughters of Zeus) who presided over the arts and sciences, and the Muses could be very unpredictable. 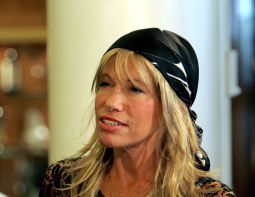 Songwriters point out that their muse ebbs and flows, and can sometimes seem to disappear for long stretches (the so-called “writer’s block”).  Carly Simon offers this recollection:  “My songwriting artistry has gone through many phases, including one time where it has been very quiet and abandoned me completely for a few years.  That was really frightening.  I didn’t know if I’d ever get it back.” 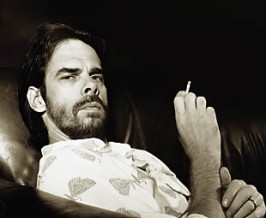 Songwriting is a curious art form that, like most art forms, cannot be rushed.  It is for this reason that artists and their corporate benefactors are often at odds about how much time is necessary to produce quality work.  As rocker Nick Cave puts it:  “My relationship with my muse is a delicate one at the best of times, and I feel it is my duty to protect her from influences that may offend her fragile nature.  My muse is not a horse, and I am not in a horse race.”

Springsteen, a notoriously prolific songwriter for most of his 50-year career, concedes even he has had times when he couldn’t come up with anything:  “I wish I could write every day, but I’ve sometimes gone for long periods of time without writing because I didn’t have any good ideas, or whatever is in there is just sort of gestating.  Sometimes, I’ve had to force myself to write.  I think what happens is you move in and out of different veins.  You’re mining, and you hit a vein, and then you go with that, and then it dries up.” 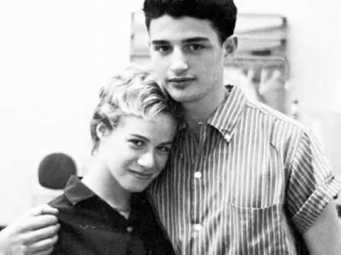 Patience and perseverance are crucial for songwriters, they say.  Many failures come before they hit on a song they really like.  Gerry Goffin, the lyricist and ex-husband of songwriter Carole King, was part of the famous Brill Building stable of songwriting teams who reported for work each day and were expected to crank out hit songs like some sort of factory assembly line.  Goffin was pragmatic about that kind of creative environment:  “You’ve got to realize it’s a hit or miss process.  But my advice would be, Don’t be afraid to write a bad song, because the next one may be great.” 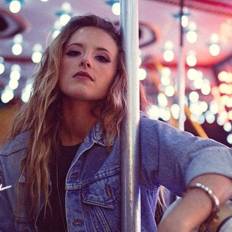 My daughter Emily Hackett is a Nashville-based singer-songwriter who writes on her own or in collaboration with others.  Either way, she says, it’s a process of exploration.  “There’s a lot of discovery in songwriting.  If you’re doing it right, you’re constantly discovering new avenues.  You could take a certain road for five or ten minutes and not get anywhere, but that’s okay.  Try a different road.  Eventually you’ll land on the right path, and the song will unfold.” 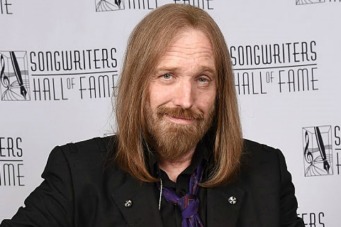 The late Tom Petty drew an analogy between writing a song and catching a fish:  “Songwriting is pretty lonely work.  I think a lot of people don’t have the patience for it.  You’re not necessarily going to get one every time you try.  In fact, most times you try, you’re not going to get one.  It’s like fishing.  You’re fishing, and you either caught a fish, or you didn’t.  If you did, there’s one in the boat; if you didn’t, there’s not.  But you’ve got to go back and keep your pole in the water.  That’s the only way you’re going to get a bite.”

We music lovers should be grateful that songwriters are often almost addicted to their art.  They 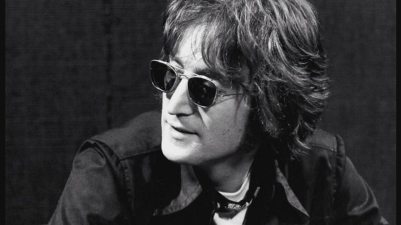 enjoy writing songs, certainly, but sometimes it becomes an obsession that haunts them, and doesn’t let go until the piece is finished.  John Lennon had this to say about that:  “It’s like being possessed.  It won’t let you sleep, so you have to get up, make it into something, and then you’re allowed to sleep.  That’s always in the middle of the bloody night, when you’re half awake and your critical facilities are switched off.”

Country songwriter Dolly Parton has said she looks forward to those times when she isn’t touring or leading a busy life so she has the opportunity to focus on writing new songs.  “I always long for that block of time and space when I can go on a writing binge, because I’m really addicted to songwriting.” 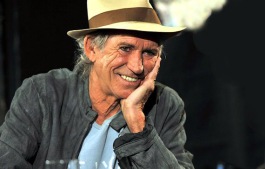 Some songwriters are amazed when they come up with a great song and wonder why no one had beaten them to the punch.  Says Keith Richards:  “With most of the songs I’ve written, I’ve felt there’s this gap waiting to be filled, and I think, man, this song should have been written hundreds of years ago.  How did nobody else pick up on that little space before?” 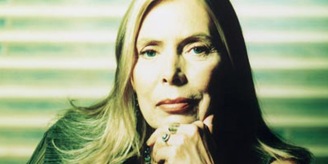 Other tunesmiths are such perfectionists that, once they’ve recorded and released a song, they find themselves forever unhappy with the result.  Here’s Joni Mitchell talking:  “When I listen back to my early music, it’s always, ‘Why didn’t I put a guitar fill there?  Why did I sing the line like that?  And why am I whining?'”

Some pop songwriters have found themselves facing lawsuits because their song sounds like another song that’s already been written.  In 1976, a court found George Harrison had “subconsciously plagiarized” The Chiffons’ song “He’s So Fine” when he wrote “My Sweet Lord,” and awarded millions in royalties, which later spurred Harrison to write “This Song,” with these lyrics:  “This song has nothing tricky about it, this song ain’t black or white, and as far as I know don’t infringe on anyone’s copyright, so this song we’ll let be…”

Lennon once said:  “You know, there are only so many notes.”  Springsteen maintains, “Everyone steals from everyone else.”  Folk singer Pete Seeger famously wrote, “So sing, change, add to, subtract.  But beware multiplying.  If you record and start making hundreds of copies, watch out.  Write a letter first.  Get permission.”

As a postscript here, I wanted to mention how, since the dawn of the Internet, songwriters have watched helplessly as their intellectual property has been devalued to 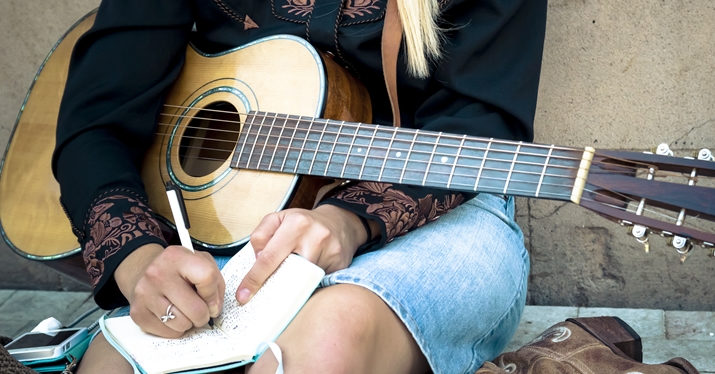 the point of absurdity.  Downloads and streaming services have given consumers easy access to so much music, but the royalties paid to the songwriters have been reduced to a mere fraction of what they used to receive.  It’s grossly unfair, and needs to be remedied.

The good news is, within the past year, the Music Modernization Act — supported by a broad cross-section of artists, producers and others throughout the music industry — has overwhelmingly passed the House of Representatives and is currently pending before the Senate.  It will overhaul copyright law and result in songwriters and artists at last making their fair share of money from digital and streaming services.

The bad news is, a last-minute amendment to the legislation, proposed by The Blackstone Group (a multi-billion-dollar private equity and financial services firm that stands to gain handsomely), is threatening to kill the MMA bill dead in its tracks.  It’s a classic example of corporate greed and a blatant attempt to halt what is widely viewed as a long-overdue correction of songwriter remuneration.

I implore you, on behalf of songwriters everywhere, to contact your U.S. Senator and demand the removal of the offensive amendment and insist on passage of the MMA in its original wording.