I can never get enough of the thrill I get when I dip into the bottomless foot locker of fabulous rock songs from the ’60s ’70s and ’80s that I call “lost classics.”

In this installment (#12), the dozen selections hail mostly from the ’70s, with a couple in

the ’80s, but God knows there are still plenty of choices remaining from the ’60s, and even from the ’50s, for future visits to the vault.

I hope you enjoy listening to these tracks (via the Spotify playlist at the bottom of this post) and getting reacquainted with them, or learning them for the first time.  And I hope you’ll send me your ideas and suggestions for candidates for future “lost classics” blog entries.

Brothers Phil and Dave Alvin formed The Blasters in L.A. in 1979, and the foursome quickly evolved into a remarkably tight unit, playing a smart blend of rockabilly, early rock ‘n roll, blues, country and roadhouse R&B they dubbed “American music.”  They enjoyed an enthusiastic cult following, and critics praised them as well, but they struggled for any sort of mainstream success.  Their second LP, “The Blasters,” made it as high as #32 on the Top 200 album charts in late 1981/early 1982, but none of their succinct, catchy singles made a dent.  “Marie Marie,” which had appeared on the group’s debut album and then re-recorded for the second album and released as a single, should’ve been huge, at least as big as the Stray Cats’ “Rock This Town,” but it was curiously overlooked.  British artist Shakin’ Stevens had a #19 hit in the UK in 1980 with his cover version, and The Blasters’ original was used in the 1986 Tom Berenger film “Someone to Watch Over Me.”

In the wake of Hendrix’s death in October 1970, the floodgates soon opened, and the market was inundated with all manner of unreleased (and often ragged and unpolished) recordings that sullied the musician’s otherwise sterling catalog.  The first two posthumous releases, though — “The Cry of Love” and “Rainbow Bridge” — were pretty damn great, and have held up well.  They include songs now considered among his essential tracks (“Freedom,” “Ezy Ryder,” “Room Full of Mirrors,” “Angel,” “Earth Blues”) and were intended for “First Rays of the New Rising Sun,” a double LP he was working on at the time of his death (and finally released, as such, in 1997).  Perhaps the best of this batch is “Dolly Dagger,” a great rocker that chugs along nicely with Jimi’s fine guitar work and vocals.  It was recorded in 1970 and wouldn’t have sounded at all out of place on his ’68 masterpiece “Electric Ladyland.”

The Scottish musician’s first attempt in the music business came in the early ’70s with compatriot Joe Egan in a group called Stealers Wheel, and they hit the Top Ten with “Stuck in the Middle With You.”  Then the lawyers and record executives started suing and countersuing, and Rafferty was “stuck in the middle,” unable to record for four years.  Once free of old contractual ties, he recorded “City to City,” a solid album that soared to #1 in the US in the summer of 1978 on the strength of the monster #1 hit “Baker Street” with its unforgettable sax riff, and “Right Down the Line,” which peaked at #12.  His follow-up LP “Night Owl” leveled off at #29, and produced two modest singles, “Days Gone Down” and “Get It Right Next Time,” which both made the Top Twenty, but you rarely hear them anymore.  I’m partial to “Get It Right Next Time” because of the way the song creeps up on you and offers another fine sax part by Raphael Ravenscroft.

Being a part of the same New Jersey shore bar scene as Bruce Springsteen perhaps turned out to be both a blessing and a curse for Johnny Lyon and his fine bar band.  As Bruce rose to stardom, he helped Southside wherever he could, feeding him songs to record and occasionally showing up at his gigs to sing with him.  But some observers felt Southside was a hanger-on, riding The Boss’s coattails, an observation I firmly believe has no merit.  Southside was the real deal, a soulful singer of great R&B, surrounded by a great horn section and solid musicians, and their live shows were exuberant affairs that left you sweaty and drained afterwards.  The Jukes’ first three LPs were packed with so many high-energy songs — “I Don’t Want to Go Home,” “Without Love,” “The Fever,” “Talk to Me” — and also a few quieter numbers to balance out the repertoire.  One of the best was the Springsteen tune “Little Girl So Fine” with its bonafide Fifties sound.

When I was in high school and college in the mid-’70s, Cleveland was fortunate to have WMMS, a trailblazing FM radio station that was responsible for introducing bold new acts and helping them break out nationally.  David Bowie and Bruce Springsteen both benefited from enthusiastic response in Cleveland, as did Britain’s Roxy Music, a truly eccentric band led by the ironically glamorous singer Bryan Ferry.  They were superstars in England, but it wasn’t until their fourth LP, 1974’s “Country Life,” that they first cracked the US Top 40 album charts.  I was slow to warm to Roxy Music; Ferry’s quivering voice was an acquired taste, and some of the band’s early songs were pretty dissonant.  Thanks to WMMS’s Kid Leo, I was finally won over, and the track that did it was “Out of the Blue,” which builds and soars majestically. 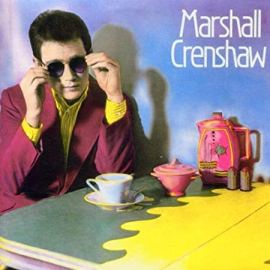 Like a breath of fresh air, Michigan-born Crenshaw arrived in the early ’80s with a clean pop sound that owed more than a little to early Beatles.  Actually, that should come as no surprise — in 1978-79, Crenshaw mimicked John Lennon in the original national stage production of “Beatlemania!”  But the material Crenshaw developed on his debut and subsequent albums wasn’t just Beatles copycat stuff.  Critics called him a latter-day Buddy Holly, and that was perhaps closer to the mark than the Beatles comparison.  He had a knack for writing irresistible pop all his own, but with an ’80s twist of New Wave rhythm and echo production.  Sadly, only a couple of his singles and albums gained any traction on the charts, which I find inexplicable, given the radio-friendly nature of the music.  Take “Someday, Someway,” his only Top 40 single (#36 in 1982).  I dare you to sit still to this highly infectious tune.

One of America’s finest bands in their original incarnation, The Allman Brothers Band took blues standards and some Gregg Allman originals and mixed it with a Southern sensibility and a few Dickey Betts countryish songs to create a genre all their own (though there were plenty of imitators).  Due to tragic deaths and drug-related disagreements, the group imploded in 1976, only to reunite (with lineup changes) in 1979, then threw in the towel again in 1982, then resurrected themselves a second time in 1990.  The first reunion included two forgettable LPs (hence the breakup), but their initial return on the 1979 beauty “Enlightened Rogues,” which reached #9 on the charts, is a worthy entry in the band’s catalog.  Marked by Allman’s ferocious blues vocals and organ, the guitar interplay of Betts with new guitarist Dan Toler and the always rock-steady rhythm section, “Can’t Take It With You” is the highlight track.

Named after the Charles Dickens character from David Copperfield, Uriah Heep emerged in 1969 and became durable players in Britain’s progressive rock scene.  Indeed, the group continues to perform these days, with founder Mick Box still at the helm, playing a mix of heavy metal and older prog rock classics.  In the US, their impact was far less prominent.  Three of their early ’70s albums — “Demons and Wizards” (1972), “The Magician’s Birthday” (1972) and “Sweet Freedom” (1973) — reached the Top 30 and went gold, but their fame here soon faded.  They are perhaps best known for “Easy Livin’,” a defiant rocker that just cracked the Top 40 in the autumn of 1972.  It clocks in at a neat 2:37, carried by strong vocals by long-time member David Byron and dominated by the organ work of Ken Hensley, who left the band in 1976.

Yes was one of the top two or three progressive rock bands of all, both in its native UK and in the US.  This was dense, sophisticated stuff with often impenetrable lyrics, but the musicianship was usually dazzling.  The incredible “Heart of the Sunrise” never got much airplay, but since it lasts more than 10 minutes, it’s easy to understand why.  To my mind, it is one of Yes’s finest moments, from one of their best albums, 1971’s “Fragile.”  Singer Jon Anderson’s voice is magnificent here, showcasing his impressive range and command.  Yes featured its finest lineup at the time:  Keyboard wizard Rick Wakeman, guitarist Steve Howe, bassist Chris Squire, and drummer Bill Bruford combined to produce a singularly extraordinary sound on every track they attempted.  Many listeners aren’t willing to stick with a song that lasts longer than maybe five minutes, but this one is well worth your time, I assure you.

Parker is all but unknown to the US rock music listening audience, and that’s a crying shame.  This British rocker with a biting soulful edge was the victim of poor promotion and management, at least in the States, when he was the leader of Graham Parker and The Rumor in 1975-78.  His two studio albums from that period — “Howlin’ Wind” and “Heat Treatment” — offered a wicked stew of raw rock, pub soul and punkish reggae well before those latter genres had yet taken hold.  Parker’s in-your-face performing persona predated the “angry young man” stances made popular by those who followed, like Elvis Costello and Joe Jackson.  Curiously, his 1979 solo debut “Squeezing Out Sparks,” which dumps The Rumor and its horn section, was his critical and commercial high-water mark, but I’m a fan of the hungry rock-soul sound of those two early LPs, exemplified in the short-and-sweet rocker “Soul Shoes” from “Howlin’ Wind.” 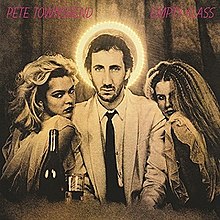 As the songwriting titan behind The Who’s monumental catalog of ’60s pop and ’70s rock anthems, Townshend has shouldered a lot of responsibility he may not have been capable of handling.  Indeed, The Who’s “By Numbers” LP in 1975 is riddled with songs that lay bare his insecurities and problems with drugs and alcohol (“However Much I Booze,” “How Many Friends”).  Keith Moon’s death in 1978 left the band unsure of its future, and Townshend, always writing and recording new demos at his home studio, decided the time was ripe for a bonafide solo album (he’d done one half-hearted attempt in 1972, “Who Came First”).  But for the absence of Roger Daltrey’s distinctive lead vocals, Townshend’s “Empty Glass” LP in 1980 sounded in many ways like a new Who album, from the opener (“Rough Boys”) to the closer (“Gonna Get Ya”).  The standout track for me, however, was “And I Moved,” with a dominant piano motif throughout.

The debut of Crosby Stills and Nash’s self-titled 1969 album is still turning heads with its astounding three-part harmonies and gorgeous melodies and textures.  In its wake came the addition of Neil Young and the superb “Deja Vu” LP…but then the group splintered into four directions, each attempting solo albums, pairings and one-off projects that, while they had their moments, were hardly as strong as when the original trio first arrived.  What a delicious surprise, then, when Graham Nash and David Crosby put together “Wind on the Water,” the 1975 LP of gorgeous songs and stellar production that ranks among their most consistent work, certainly far better than anything since.  Stills’ fine guitar work may be absent, but the Crosby/Nash harmonies are in perfect form, especially on the album’s closer, “To the Last Whale,” with its “Critical Mass” a cappella choral opening and “Wind on the Water” main section.  Chills up the spine on this one.