There was so much great music made back then, and only a fraction of it ever ended up on the radio or the top reaches of the sales charts.  The rest went under the radar of most

folks.  Hack’s Back Pages is here to remedy that situation.

I find it a labor of love to listen to my LPs and CDs from days of yore, searching to find lost classic songs that you may have forgotten all about, or perhaps have never heard until I brought them out into the light to savor now for the first time.

As I customarily do, I have provided a playlist via Spotify so you can hear the songs as you read about them.  I hope you enjoy them!

Steely Dan went on hiatus after their seventh LP, 1980’s “Gaucho,” primarily because co-founder Walter Becker was struggling with personal issues.  His partner Donald Fagen stayed busy writing a cycle of songs that paid tribute to his recollections of growing up in New Jersey in the 1950s.  The album, “The Nightfly,” sounds every bit like a Steely Dan record, thanks to Fagen’s vocals and jazz-pop arrangements, and it earned a Grammy nomination for Album of the Year.  The single, “I.G.Y.,” reached #26.  I’ve always enjoyed the title track, which centers on Fagen’s memories of a hip disc jockey at an all-night jazz station he used to listen to when he found rock ‘n roll had become too repetitive:  “An independent station, WJAZ, with jazz and conversation from the foot of Mt. Belzoni, sweet music, tonight the night is mine, late line till the sun comes through the skylight…”

Zevon was highly praised as a songwriter of strange, macabre pop songs with deadpan humorous lyrics, and when he teamed up with L.A. wonder boy Jackson Browne in 1978 on his major-label debut, “Excitable Boy,” the result was both commercial success and critical acclaim.  “Werewolves of London” and the title track may have received most of the airplay, but I found tracks like “Tenderness on the Block” (co-written by Browne) the most appealing.  Savvy lyrics about a teenage girl trying to find her way in a challenging world make it one of the standout tracks in Zevon’s catalog:  “She’s all grown up, she has a young man waiting, she was wide-eyed, now she’s street-wise to the lies and the jive talk, she’ll find true love and tenderness on the block …”

There are very few bands in the history of rock who came exploding out of the blocks with a masterpiece on their very first try, and The Doors are one of them.  In addition to the anthemic  “Light My Fire” and the ferocious “Break On Through (To The Other Side),” the album runneth over with one great song after another:  “The Crystal Ship,” “Back Door Man,” “20th Century Fox,” “Soul Kitchen” and the terrifying finale “The End.”  Easily overlooked is the penultimate track, “Take It As It Comes,” with Jim Morrison’s vocals alternately sweet on the verses and fierce on the choruses.  Keyboardist Ray Manzarek, guitarist Robby Krieger and drummer John Densmore (and an uncredited Larry Knechtel on bass) played like a tightly oiled machine on this and every track.

One of the best songwriters of the ’80s/’90s was Aimee Mann, who spearheaded the alternative rock band ‘Til Tuesday through the 1985-1989 period before she went solo.  The band won Best New Artist at the MTV awards in 1986 on the strength of their #8 hit “Voices Carry.”  On the group’s second LP, the excellent “Welcome Home,” Mann wrote several songs that veered more toward mainstream pop (“Coming Up Close,” “Will She Just Fall Down”).  One track, the mesmerizing “Lovers’ Day,” harkened back to the New Wave-ish debut LP, with lyrics that drove home the reality that “there’s no way to betray and still be true.”

This British progressive rock group, which dabbled in rock, folk, jazz and classical, played largely instrumental songs written by guitarist Andrew Latimer and keyboardist Peter Bardens.  The group never caught on much in the US, but English fans loved them, putting six of Camel’s first eight LPs into the Top 40 on the UK album charts, beginning with 1975’s impressive “The Snow Goose.”  Just before that LP came “Mirage,” which was very popular on West Coast FM stations.  One lively track, “Supertwister,” offers some dazzling flute work by Latimer that’s reminiscent of mid-’70s-era Jethro Tull. 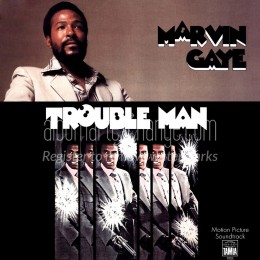 When Marvin Gaye’s name comes up, many people gravitate to the many outstanding hits he churned out as a leader of Motown Records’ stable of recording artists in the 1960s, tracks like “I Heard It Through the Grapevine,” “Ain’t That Peculiar,” and duets like “Ain’t No Mountain High Enough” and “It Takes Two.”  Others linger on Gaye’s brilliant early ’70s anthems like “What’s Going On” and “Mercy Mercy Me.”  Sometimes forgotten is a track like 1972’s “Trouble Man,” a dreamy piece written and recorded by Gaye for the somewhat cheesy crime drama film of the same name.  The song actually charted well, reaching #7 in early 1973, but you don’t hear it much anymore.  Until now.

Following the unqualified success of the 1981 reunion event, “Simon & Garfunkel:  The Concert in Central Park,” the duo headed into the studio to collaborate on a new S&G studio LP, their first since 1970’s “Bridge Over Troubled Water.”  Garfunkel provided vocal harmonies to a handful of tracks before the duo had an acrimonious split (again), and Simon went on to develop ten songs as his next solo album, 1983’s “Hearts and Bones.”  A favorite from this mostly overlooked Simon project is “Train in the Distance,” one of three songs that delve into Simon’s short, stormy marriage to actress Carrie Fisher:  “Two disappointed believers, two people playing the game, negotiations and love songs are often mistaken for one in the same, everybody loves the sound of a train in the distance, everybody thinks it’s true…”

Coming up with a worthy follow-up to the mega-success of “Hotel California” proved an arduous task for The Eagles, particularly songwriters Don Henley and Glenn Frey.  They admitted that tour burnout and excessive coke use brought on a case of writer’s block that delayed recording sessions for many months.  Perhaps the best track that emerged on the final product, 1979’s “The Long Run,” was the Henley-Frey collaboration “King of Hollywood,” which criticized movie and record producers for their demands for sexual favors from struggling actresses and artists.  This one could’ve been about Harvey Weinstein:  “Now look at me and tell me, darlin’, how badly do you want this part?  Are you willing to sacrifice? And are you willing to be real nice? All your talent and my good taste, I’d hate to see it go to waste…” 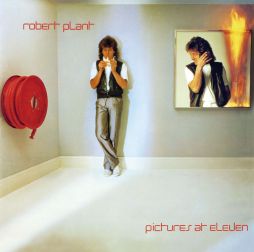 All eyes were on Plant when he made his solo debut on the first post-Led Zeppelin album, “Pictures at Eleven,” in 1982.  Guitarist Robbie Blunt had big shoes to fill, and he contributed admirably with strong guitar riffs and helped Plant write the bulk of the songs.  The singles released from the album — “Burning Down One Side” and “Pledge Pin” — fared well on US Mainstream Rock stations but stiffed on the pop charts.  I think the better choice would’ve been “Fat Lip,” which offers an almost pop sensibility set against some Zep-like vocal acrobatics from Plant. 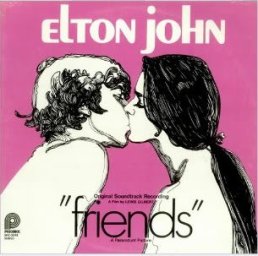 The prolific songwriting team of lyricist Bernie Taupin and Elton John cranked out several dozen great songs in their early years together, most of which turned up on Elton’s debut LP (1969’s “Empty Sky”), the phenomenal “Elton John” album and the concept LP “Tumbleweed Connection,” both in 1970.  During that period, John and Taupin had also agreed to write songs for an obscure little French film called “Friends,” about a young pair of neglected teens who ran away to the French countryside, had a baby and attempted to start a life together.  The title song “Friends” was a minor hit with a wonderful sentiment (“If your friends are there, then everything’s all right”), but another tune from the film soundtrack I have always loved is “Michelle’s Song,” with a gorgeous melody line and a chorus that soars.

Following the March 1970 release of “Deja Vu,” Crosby, Stills, Nash and Young were pretty much the hottest band in the country, with hits like “Teach Your Children” and the ripped-from-the-headlines “Ohio” on the charts as they toured the land.  Sadly, their egos and jealousies proved to be insurmountable obstacles, and they broke up only three months later.  In the fall of 1971, Atlantic Records released “Four-Way Street,” a double live album of acoustic and electric performances culled from that shortened tour.  Some tracks exposed how ragged their harmonies could be in a concert setting, but others were true diamonds in the rough.  The best, I think, is Crosby’s stunning, previously unreleased “The Lee Shore,” with just Crosby and Nash weaving a delicate harmonic web.

In the late ’60s, Jesse Colin Young and Jerry Corbitt co-founded The Youngbloods, a folk rock act that had success with the Chet Powers song “Get Together” (“Come on people now, smile on your brother…”) which became a bellwether of the Woodstock generation.  Young soon went solo and established himself as a superior songwriter and arranger of light pop/jazz tunes like “Ridgetop,” “California Child” and “Songbird.”  The title song from Young’s 1974 LP “Light Shine” picks up where “Get Together” left off, radiating positive vibes with lyrics that encourage peace, kindness and love:  “We all got a light inside, people how can we survive if we don’t let it shine on all night and day, you know the world is dark with fear, people scared to let you near, they need you to shine on, shine on all day…”