Four years ago, when this blog was still pretty new, it seems as if I was writing obituaries every other week.  Rock stars were falling left and right, and I felt compelled to write tributes to them all:  Glenn Frey.  David Bowie.  Keith Emerson.  Maurice White.  Prince.  Paul Kantner.  Leon Russell.  Leonard Cohen.  Greg Lake.  George Michael.  Aretha Franklin.

Thankfully, 2019 wasn’t quite as difficult a year.  We lost some giants, to be sure, but most of those who passed away over the past twelve months didn’t feel like as much like blows to the solar plexus as in previous years.

Nevertheless, the names listed below made important contributions to rock music in one way or another, and are worthy of remembrance by all of us who appreciate the stories big and small that make up the historical canon of rock and roll.

Rest in peace to them all. 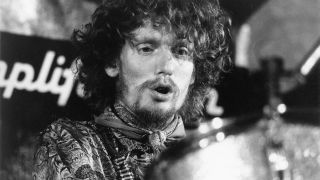 Ginger Baker, explosive drummer for Cream, Blind Faith and Ginger Baker’s Air Force, died in October at age 80.  His work in the 1960s and 1970s, particularly his recorded and live work with Cream, earned him the reputation as “rock’s first superstar drummer” for a style that melded jazz and African rhythms, and he helped pioneer both jazz fusion and world music.  See my in-depth piece, “In the white room with black curtains,” published October 11. 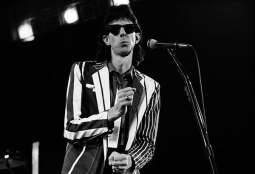 Ric Ocasek, songwriter/singer/guitarist for The Cars, died from complications following surgery in September at age 75.  He was instrumental in putting The Cars at the forefront of the movement merging 1970s guitar-oriented rock with the new synthesizer-oriented pop that became popular and flourished in the early 1980s.  He wrote a dozen Top 20 singles and many more deep tracks on The Cars’ five multi-platinum albums.  Ocasek later recorded seven solo LPs and gained a reputation as a producer, working with No Doubt, Guided by Voices and Suicide.  See my in-depth piece, “Everything’s a mess since you’re gone,” published September 20.

Hal Blaine, drummer with the L.A. session musicians known as The Wrecking Crew, died in March at age 90.  Blaine was among the most recorded studio drummers in the history of the music industry, playing on an estimated 35,000 sessions and 6,000 singles. His drumming is featured on 150 US Top Ten hits, including 40 that reached #1 on the charts.  He worked with everyone from The Beach Boys to Frank Sinatra, from The Fifth Dimension to Simon and Garfunkel, from The Ronettes to Herb Alpert & the Tijuana Brass, from Neil Diamond to Elvis Presley.  Between 1966 and 1971, Blaine played on six consecutive Record of the Year Grammy Award winners.  See my in-depth piece, “The drummer of a generation of hits,” published March 22.

Peter Tork, bass player for The Monkees, died in February at age 77.  He was recruited to join the cast of the 1960s TV show about a rock and roll band after his friend Stephen Stills turned it down.  Tork joined guitarist Mike Nesmith and actors Davy Jones and Mickey Dolenz in playing The Monkees, who enjoyed international success as recording artists (“Last Train to Clarksville,” “I’m a Believer,” “A Little Bit Me, A Little Bit You,” “Daydream Believer,” “Valleri”).  He occasionally participated in Monkees reunion tours in recent decades.  See my in-depth piece on The Monkees phenomenon, “We’re the young generation, and we’ve got something to say,” published March 1.

Paul Barrère, guitarist for Little Feat, died in October at age 71.  He joined the band in 1972 and was still doing gigs with them in 2019 until illness prevented him from performing.  He was adept at blues, rock, jazz and cajun musical styles, and also recorded with the likes of Taj Mahal, Nicolette Larson, Robert Palmer and Carly Simon.  See my in-depth piece on Little Feat, “We can walk together down in Dixieland,” published November 1.

Malcom Rebennack Jr., better known as Dr. John the Night Tripper, died of a heart attack in June at age 77.  As a denizen of the New Orleans sound, he was known for performing lively, theatrical stage shows inspired by medicine shows, Mardi Gras costumes, and voodoo ceremonies.  Dr. John recorded thirty studio albums and nine live albums, as well as contributing to hundreds of recordings by other musicians.  He made the pop charts only once, reaching #9 in 1973 with “Right Place, Wrong Time.”  He won six Grammys over the years and was inducted into the Rock and Roll Hall of Fame in 2011. 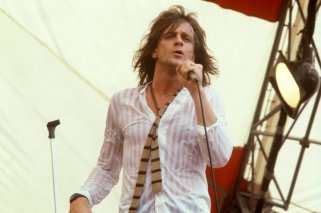 Edward Mahoney, known professionally as singer-songwriter Eddie Money, died in September at age 70.  He enjoyed considerable success on the pop charts in the late ‘70s and 1980s, with 11 Top 40 songs including “Baby Hold On,” “Two Tickets to Paradise,” “Think I’m in Love,” “Shakin’,” “Take Me Home Tonight,” “I Wanna Go Back,” “Walk on Water” and “The Love in Your Eyes.” 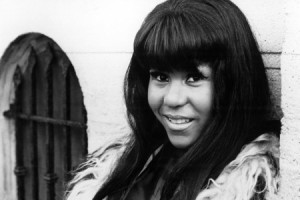 Clydie King, an in-demand session singer in the ’70s and ’80s, died in January at age 75.  In tandem with Venetta Fields and Sherlie Matthews, King sang background vocals on many dozens of classic rock albums, including Steely Dan’s “Can’t Buy a Thrill,” “The Royal Scam” and “Aja”; The Rolling Stones’ “Exile on Main Street”; Linda Ronstadt’s “Heart Like a Wheel”; Bob Dylan’s “Saved” and “Infidels”; Joe Walsh’s “The Smoker You Drink, the Player You Get”;  Joe Cocker’s “Mad Dogs and Englishmen” and Barbra Streisand’s “A Star is Born.” 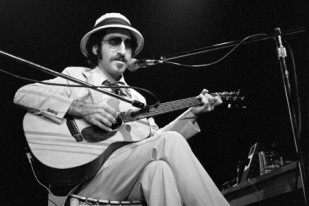 Dickran Gobalian, a Cyprus-born singer-songwriter-guitarist known professionally as Leon Redbone, died in May.  His age was listed at 69, but a family member released a whimsical report that Redbone “crossed the delta for that beautiful shore at the age of 127.”  Recognized by his ever-present Panama hat, sunglasses and black tie, Redbone specialized in jazz, blues and Tin Pan Alley classics.  He made numerous “Saturday Night Live” appearances in the late ‘70s, specializing in songs he claimed to have written despite the fact they originated well before he was born. 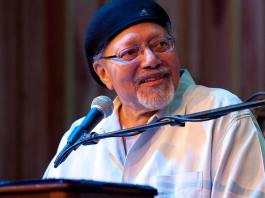 Art Neville, singer-songwriter-keyboardist from New Orleans, died in July at age 81.  Neville was a co-founder of the prototype funk group The Meters, whose musical style set the tone of New Orleans funk.  A three-time Grammy winner, Neville was also co-founder of the rock-soul-jazz band The Neville Brothers with brother Aaron, and performed on many recordings with other major artists including Labelle, Paul McCartney, Lee Dorsey, Robert Palmer, Dr. John and Professor Longhair.

Richard Mansour, known professionally as Dick Dale, died in March at age 81.  Dale was known as “the king of surf guitar” and was at the vanguard of the surf music sound, popular in Southern California in the early ’60s.  He also worked with guitar manufacturer Leo Fender and others to produce custom-made amplifiers.  He was one of the first to push the limits of electric amplification technology and reverberation.  “Let’s Go Trippin'” and especially “Misirlou” were Dale’s signature songs that eventually earned him appearances on “The Ed Sullivan Show.”  The use of “Misirlou” in the 1994 film “Pulp Fiction” revived his name and gave him new recognition.

Robert Hunter, singer-songwriter-poet best known as lyricist for The Grateful Dead, died in September at age 78.  He enjoyed a successful collaboration with Jerry Garcia, The Dead’s primary guitarist, singer and songwriter, providing lyrics for such signature pieces as “Truckin’,” “Dark Star,” “China Cat Sunflower,” “Ripple” and “Terrapin Station.”  He was inducted into the Rock and Roll Hall of Fame as a lyricist in 1994.

Ian Gibbons, keyboard player with The Kinks from 1979 to 1993, died in August at age 67.  He played with various rock and new wave bands until being asked to join Ray Davies’ band just as the group was enjoying a resurgence in the early ’80s.  Gibbons also freelanced on recordings with Suzi Quatro, Ian Hunter, Sweet, Dr. Feelgood and Randy California.

Dave Bartholomew, legendary songwriter-trumpeter-arranger-producer, died in June at age 100.  His partnership with the late Fats Domino produced more than forty hits for Imperial Records, including the #1 pop chart hit “Ain’t That a Shame” as well as “I Hear You Knocking,” “Blue Monday” and “I’m Walkin’.” He remained a major figure in the New Orleans music scene from the 1960s through the 2000s until his health failed.

Gary Duncan, guitarist and singer with Quicksilver Messenger Service, died in June at age 72.  His complex interplay with Quicksilver’s other guitarist, John Cipollina, helped define the unique sound of the San Francisco-based band.  The group was known for counterculture classics like “Fresh Air” and “What About Me.”

Ted McKenna, Scottish drummer for numerous bands, died in January at age 68.  His first claim to fame was as the drummer for The Sensational Alex Harvey Band from 1972-1977, followed by stints with guitarist Rory Gallagher, The Greg Lake Band and The Michael Schenker Group.

Stephan Ellis bassist for the ’80s arena rock band Survivor, died in March at age 69.  He joined the band in 1981 and was on hand when Sylvester Stallone approached them to write a hit for the film soundtrack of “Rocky III.”  The result was “Eye of the Tiger,” which topped the pop charts for six weeks in 1982, won a Grammy and secured a Best Song Oscar nomination. 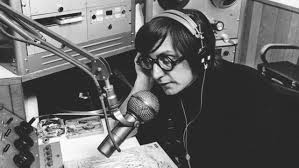 Lastly, there’s Russ Kibb, who died in April at age 88.  He wasn’t a musician but a disc jockey who played a pivotal role in the notorious “Paul is Dead” hoax in the fall of 1969.  Gibb was a DJ at WKNR-FM in Detroit when he received an anonymous call claiming Beatle Paul McCartney had died in

1966, and that clues about the death were allegedly hidden in Beatles album covers.  Spurred on by a satirical article published in the University of Michigan student newspaper two days later outlining additional clues, Gibb chose to air a special two-hour program a few days later called “The Beatle Plot.”  The story went viral, got picked up in newspapers around the world, and fueled the insatiable rumor for several weeks until Life Magazine tracked down a very much alive McCartney at his reclusive farm in Scotland.