Periodically, I use this space to pay homage to artists who I believe are worthy of focused attention — artists with an extraordinary, influential, consistently excellent body of work and/or a compelling story to tell.  At other times, I have used this space to honor artists who recently passed away.

Truth be told, I haven’t been much of a fan of Rush over the years.  They’ve been around since 1974, they have a catalog of 16 studio albums, and they were recently inducted into the Rock ‘n Roll Hall of Fame.   But if I were to list 50 artists/bands who I believe are “worthy of focused attention” as subjects for my blog posts, Rush would probably not be on that list.

The recent death of celebrated Rush drummer Neil Peart, however, justifies a fresh look at Rush’s music and Peart’s contributions to their legacy.

philosopher Herbert Spencer that I find very relevant for this week’s post:  “There is a principle which is a bar against all information, which is proof against all arguments, and which cannot fail to keep a man in everlasting ignorance — and that principle is contempt prior to investigation.”

I must confess that I fell victim to this principle when it came to my attitude toward Rush.  Perhaps I didn’t exactly hold them in contempt, but I was at best ambivalent and never really investigated their albums to learn more about them and see if there might be at least a few songs I liked.

And here’s why:  From the first time I heard Rush’s early single “Fly By Night,” I was immediately turned off by the voice of lead singer Geddy Lee.  It’s high-pitched and often incredibly irritating, and it made me want to lunge at the radio knob to change channels.

And that’s a shame.  I was a big fan of the progressive rock genre in the ’70s and ’80s, especially the musical works of Jethro Tull, Pink Floyd, Yes and Genesis, among others.  Rush was Canada’s representative to the overwhelmingly British genre, and if I’d given them the time, I might’ve found some great stuff.

When Peart died a few weeks ago, I couldn’t help noting how many rock music fans mourned his death, calling him one of the best four or five rock music drummers of all time.  This caught my attention and made me wonder:  Maybe, just maybe, I haven’t given Rush a fair hearing over these 40-plus years.  So I have made it my business the past week or two to dive headlong into Rush’s catalog to see if there’s anything to my liking.

I’ll tell you this:  Lee’s voice is still a major obstacle for me.  But I will also acknowledge that the music — the instrumental excellence of guitarist Alex Lifeson, Peart’s stunning drum work, Lee’s bass and keyboard contributions — can no longer be ignored by me.  This was one tight musical trio.

Lee and Lifeson were Rush’s songwriting team throughout the group’s tenure, and they evolved from writing straight-ahead rock in their earlier years to a more dense, stretched-out progressive rock style and, later, to more radio-friendly pieces that favored more synthesizer and less guitar in the arrangements.  I’m pleased to report that I’ve discovered some really amazing tracks in each phase of Rush’s development.

Interestingly enough, Peart was the band’s chief lyricist.  You don’t often hear of rock drummers who also write lyrics, but it turns out that Peart had a deep interest in fantasy, science fiction lit and classic English poetry that he adroitly used in his allegorical story-telling.  Later on in Rush’s catalog, he dwelled more heavily on exploring humanistic, social, and emotional issues.

Rush’s roots were in the suburbs of Toronto, where Lifeson, Lee and original drummer John Rutsey were high school classmates in the late ’60s.  They honed their chops at school dances and clubs for a couple of years before releasing their first single — a cover of Buddy Holly’s classic “Not Fade Away” — in 1973 on an independent label.  When they 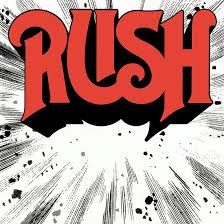 had assembled enough original tunes to fill an album, they released their debut LP “Rush” in early 1974, which showed a strong influence and resemblance to early Led Zeppelin (check out “What You’re Doing” and “Finding My Way” in particular).  The album perked up the ears of music director/DJ Donna Halper at WMMS, a highly influential FM station in Cleveland, who put the blue-collar rocker “Working Man” in heavy rotation.  That caught the attention of Mercury Records, who re-released the album in the US that summer.

Health difficulties and a distaste for touring caused drummer Rutsey to resign from the band at that juncture, but they had the good fortune of landing Peart as their new drummer in time for their first US tour, warming up for Uriah Heep and Manfred Mann.  As Lee and Lifeson steered Rush’s music more to prog rock with 1975’s “Fly By Night” LP,

Canadian fans pushed the album to #9 on the charts there, but it stalled at an unimpressive #113 in the US.  I still cringe at the title-song single, even though it got decent airplay in major markets, but I’m drawn to “Anthem” and “Rivendell.”

The “2112” album, which included a complicated 20-minute title track as well as a handful of shorter tracks, was the first Rush album to make an impression in the US, peaking at #61 in 1976 and eventually reaching triple-platinum status (three million units sold).  I found it interesting to hear how, on slow-tempo tunes like “Tears,” I found Lee’s vocals far more listenable in the lower registers where they were free of the high-pitched warbling heard on most Rush tracks.

Now firmly on their way, they chose to resist Mercury’s request that they write more commercially accessible tracks and instead maintained their prog rock approach, which was influenced by the likes of King Crimson and Yes.  Rush headed to England to record their next two albums (1977’s “A Farewell to Kings” and 1978’s “Hemispheres”), where they broadened their palette of instruments.  Said Lee, “We were so influenced by those British bands.  They made us eager to write and record more interesting, more complex music.” 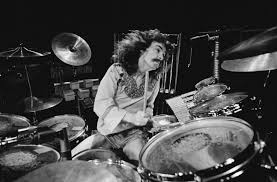 Lifeson experimented with more classical and 12-string guitars and Peart diversified his kit to include triangles, glockenspiel, wood blocks, cowbells, chimes, even timpani and gong.  A sampling of YouTube video clips of Rush performances from this period dramatically show why Peart was developing such a great reputation as a dynamic drummer.

From these albums, the track I found I liked best was the nine-minute instrumental “La Villa Strangiato,” and I liked it best precisely because there were no Lee vocals to endure.  It got me ruminating on the notion that, if Rush had chosen a singer with a more appealing voice — someone with pipes like Jon Anderson, perhaps, or David Gilmour, or Peter Gabriel — it’s entirely likely I might’ve been a Rush fan all these years.

By 1980, Lifeson and Lee decided that, as much as they enjoyed indulging in protracted-length songs, they might also like to enjoy the rewards of commercial success that came with songs the radio might actually play.  They wrote tunes like “Freewill” and the rather 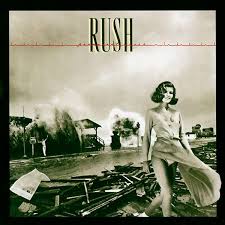 obvious “The Spirit of Radio,” which featured elements of the increasingly popular reggae and New Wave genres, and the resulting album, “Permanent Waves,” zoomed to #4 on the US and UK charts.  Rush’s 1981 follow-up, “Moving Pictures,” continued this pattern of more commercially aimed tracks, with similar success on the charts (#3) and in ticket sales for their now arena-sized concerts.

I was as pleasantly surprised by the softer strains of “Different Strings” and the New Wave beat behind “Red Barchetta” as I was predictably turned off by the robotic inanity of the hit single “Tom Sawyer.”  Lee’s ever-increasing use of sequencers and synthesizers quickly became the band’s cornerstone, consequently pushing Lifeson’s guitars further into the background, and “The Camera Eye” from “Moving Pictures” would end up being Rush’s final lengthy track.

The synthesizer-based format, with flourishes of ska and funk, served Rush well through the ’80s, as their subsequent four LPs (“Signals,” “Grace Under Pressure,” “Power Windows” and “Hold Your Fire”) all reached the Top 10 in the US and the UK and, of

course, their native Canada.  Rush seemed strongly influenced by The Police, U2 and Phil Collins-era Genesis at this point.  When I blocked out the worst moments of Lee’s vocals, I found some appealing songs on these discs, with “Losing It,” “The Enemy Within,” “Territories” and “Prime Mover” as the standouts.  Peart’s drumming on “Territories” is mesmerizing.

Beginning with “Presto” (1989), at Lifeson’s insistence, the band opted to abandon its keyboard-saturated sound and return to more guitar-centric arrangements and their original power-trio configuration.  From 1991’s “Roll Your Bones” LP, I found “Ghost of a Chance” very compelling, but then, not much memorable for me showed up on their next few releases.  Rush continued to chart in the Top Five, but in ever-decreasing sales numbers.  The band went on hiatus in the late ’90s after Peart lost a daughter and then his wife to tragic early deaths, but the band then resumed touring and recording in 2002, releasing the unremarkable “Vapor Trails” and “Snakes and Arrows.” 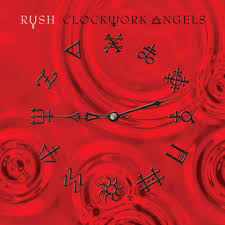 Fans must’ve been delighted with what will apparently be their final LP, 2012’s “Clockwork Angels.”  I found three solid entries here — “BU2B,” “The Anarchist” and the title track.  After a career featuring several albums that contained multi-part suites, “Clockwork Angels” was actually Rush’s first bonafide “concept album” with all tracks part of a song cycle with lyrical continuity.

For his part, Peart considered the LP his finest work, both in terms of lyrical consistency and his drumming.  “In the sessions, I played through each song just a few times on my own, checking out patterns and fills that might work, and then called in Nick Raskulinecz (their new Nashville-based producer),” Peart said.  “He stood in the room with me, facing my drums, with a music stand and a single drumstick—he was my conductor, and I was 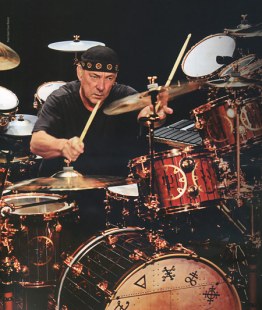 his orchestra … I would attack the drums, responding to his enthusiasm, and his suggestions between takes, and together we would hammer out the basic architecture of the part.”

In 2015, Lifeson’s struggles with arthritis and Peart’s challenges with tendinitis seemed to bring their touring days to an end, although they said they wanted to continue recording new material.  Sadly, though, Peart lost a three-year battle with brain cancer just three weeks ago.

The idea of Rush somehow continuing without Neil Peart is probably sacrilegious to many fans.  If Lifeson and Lee are nonetheless motivated to give it a try, they may want to go out as The Lee/Lifeson Band, or even as solo acts, instead of keeping the Rush brand alive with another drummer.  Still, the value of that name is enormous, and if Journey can play stadiums without Steve Perry, I suspect Rush can do the same without Peart.