When I introduced my first Hack’s Back Pages lyrics quiz several weeks ago, I kept it relatively easy, limiting my choices to well-known songs that topped the charts during the ’60s, ’70s or ’80s.

For the second installment of this fun feature, I am digging a little deeper to challenge my readers a bit more.  The lyrics included below are from 20 songs that are relatively well known, but not necessarily as popular as the million-selling hits of the previous quiz.

Test your knowledge by mulling over the lyrics, writing down your answers, and then scrolling down to see how well you did.

1  “I’ve been thinking ’bout our fortune, and I’ve decided that we’re really not to blame, for the love that’s deep inside us now is still the same…”

2  “Sometimes it’s like someone took a knife, baby, edgy and dull, and cut a six-inch valley through the middle of my skull…”

3  “She lit a burner on the stove and offered me a pipe, ‘I thought you’d never say hello,’ she said, ‘You look like the silent type’…”

5  “Go away then, damn ya, go on and do as you please, you ain’t gonna see me getting down on my knees…”

7  “Grab your lunch pail, check for mail in your slot, you won’t get your check if you don’t punch the clock…”

9  “It’s gonna take a lot to drag me away from you, there’s nothing that a hundred men or more could ever do…”

11  “I can remember the Fourth of July, running through the back woods bare…”

12  “Sitting by the fire, the radio just played a little classical music for you kids, the march of the wooden soldiers…”

13  “I got my back against the record machine, I ain’t the worst that you’ve seen, oh can’t you see what I mean?…”

15  “Come down off your throne and leave your body alone, somebody must change…”

16  “I’m not the only soul who’s accused of hit and run, tire tracks all across your back, I can see you had your fun…”

17  “Well, there’s a rose in a fisted glove, and the eagle flies with the dove…”

18  “There’s too many men, too many people making too many problems, and not much love to go ’round…”

20  “Jump up, look around, find yourself some fun, no sense in sitting there hating everyone…”

These guys have had at least three lives:  their early “Go Now” period; their stunning 1967-1972 era, and a rebirth in 1981 for another run in the Eighties.  There are so many fine songs in their repertoire, most of them written by singer-guitarist Justin Hayward.  My personal favorite is “The Story in Your Eyes,” an infectious track from their “Every Good Boy Deserves Favour” album.

On the multiplatinum “Born in the U.S.A.” album, Springsteen assembled a dozen songs he’d chosen from nearly four dozen he wrote and recorded with the E Street Band.  This track was unique in its use of spare percussion with synthesizer, and lyrics that describe the narrator’s sexual tension and longing.  The song reached #6 in 1985, one of an unprecedented seven Top Ten singles from the same LP.

Many critics regard Dylan’s “Blood on the Tracks” as one of his top three or four in a catalog of well over 50 albums in his career.  Part of the reason is this incredible song, which offers some of his best lyrics as he tells the story of a man’s recollections about his old flame, and his travels to try to find and reconnect with her.  Dylan himself has cited this song as one of his best compositions.

Art Garfunkel had been picked for a role in the film “Catch-22,” which kept him on the Mexico movie set for nearly six months.  Meanwhile, Paul Simon was in New York writing songs and trying to complete the duo’s next album.  He felt lonely and a bit resentful, and this song came out of that feeling.  It’s one of my favorite S&G songs, with a crystal-clean production and outstanding vocals.

For his “One Man Dog” album, released in December 1972, Taylor put together 18 songs, some barely a minute long, with seven of them assembled in an “Abbey Road”-like medley.  He recorded some of the LP in his new home studio on Martha’s Vineyard, with new bride Carly Simon contributing background vocals.  “Don’t Let Me Be Lonely Tonight” was the single, which peaked at #14 in early 1973.

Donald Fagen and Walter Becker met at Bard College in upstate New York, where the formed their lasting musical partnership, but they didn’t much care for the time they spent there.  In this song, they wrote about their unpleasant experiences and made their feelings quite clear with the chorus lyric, “And I’m never going back to my old school!”  It’s one of Steely Dan’s best tunes, from their “Countdown to Ecstasy” LP. 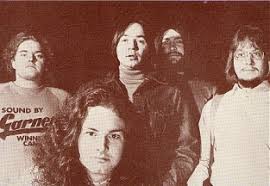 I always loved this minor hit from the Guess Who repertoire.  Written by Kurt Winter, the guitarist who replaced Randy Bachman in the band’s lineup, it gallops along on the strength of Burton Cummings rollicking piano and strong vocals.  Winter had been a daily bus commuter when he worked a day job and thought the experience would be a good topic for a song.  He was right. 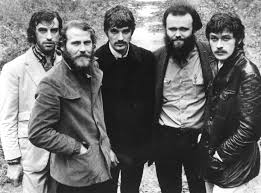 Although it was released as a single which never reached higher than #63 on the charts, “The Weight” significantly influenced American popular music.  It was ranked an impressive #41 on Rolling Stone’s Best 500 Songs of All Time.  It’s essentially a Southern folk song, with elements of country and gospel, and Robbie Robertson said he wrote it during his first visit to Memphis, where singer Levon Helm had grown up.

Chief songwriter David Paich wrote this lyrical tribute to The Dark Continent without ever having visited it.  “I saw a National Geographic special on TV and it affected me profoundly,” said Paich.  The resulting track, fleshed out with some searing guitar work by guitarist Steve Lukather, turned out to be Toto’s only #1 hit, although it was “Rosanna” that won Grammys.

When asked who “the pretender” was, Browne said, “It’s anybody that’s lost sight of some of their dreams and is going through the motions, trying to make a stab at a certain way of life that he sees other people succeeding at.”  As the title track of his fourth album, the song anchors a strong batch of tunes he wrote in the wake of his wife’s suicide, which share a mid-Seventies resignation to the fact that the Sixties idealism was long gone.

I’ve always considered this song the definitive CCR track.  The wonderfully swampy groove, John Fogerty’s vocal growl and biting guitar solo, plus lyrics that take the listener deep into Louisiana, bring all the band’s key elements together in one great recording.  The group’s “Bayou Country” and “Green River” LPs should both be minted in gold.  Every song shines.

This great tune by Lou Reed had plenty of airplay on FM rock stations, both in its multiple recordings by Reed’s band The Velvet Underground and by Reed as a solo artist.  The 10-minute version on Reed’s 1978 live album “Take No Prisoners” is my favorite, but probably the best known version is by Mott the Hoople from their 1972 album, “All the Young Dudes.”

Instead of the guitar-driven sound that dominates the band’s catalog, the melody of “Jump” is carried by a synthesizer, which was much in vogue in the mid-’80s.  David Lee Roth has said the lyrics were inspired by a news story about a man threatening to jump from a tall building and how “there was probably at least one person in the crowd that mumbled, ‘Oh, go ahead and jump.'”  It was a big #1 hit from their “1984” album.

Scaggs had been in the original Sixties lineup of the Steve Miller Band before going solo in 1969.  He fashioned an unusual mixture of country, blues and R&B in his music, which attracted a cult audience but didn’t click with the mainstream until 1976 when he released the superb “Silk Degrees” album.  His supporting cast included the top-notch session men who would later form Toto.  “Lowdown” reached #6 on the charts that year.

Steve Winwood, on hiatus from his band Traffic, teamed up briefly with Eric Clapton and Ginger Baker for one album and a brief tour before disbanding.  Winwoods’s influence is strong on all six tunes on the record, but none more so than the acoustic gem “Can’t Find My Way Home.”  It would have fit perfectly on the subsequent “John Barleycorn” album, and in fact, many people have always presumed it’s a Traffic song.

By the time of his third album, the sprawling double LP “Electric Ladyland,” Hendrix was experimenting more with different musicians brought in to work on individual tracks.  This song, though, features just the original trio as they power their way through a classic Hendrix blues/rock arrangement.  The lyrics compare a challenging relationship to the chaos of a Manhattan traffic jam. 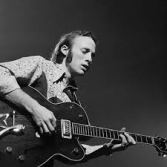 If you think this tune is from the Crosby, Stills and Nash catalog, you’re not far wrong.  Technically, it’s from Stephen Stills’s debut solo album, not a CSN album, but it pretty much qualifies as a group production because Crosby and Nash were both at the recording session singing background vocals.  Stills borrowed the title from a line he heard Billy Preston say one night while on tour.

Between Genesis albums and solo records, Phil Collins’s voice seemed to be on the radio every 30 minutes for a while in the mid-’80s.  The Genesis LP “Invisible Touch” sold a zillion copies on the strength of tracks like “Tonight, Tonight, Tonight,” the title song and this strong tune.  Although written more than 30 years ago, “Land of Confusion” seems like an apt description of the United States in the age of coronavirus. 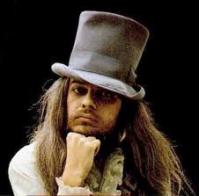 Russell not only spent many years as a member of the group of L.A. studio musicians known as The Wrecking Crew, he also wrote some iconic songs along the way.  The two that stand out for me are “This Masquerade” and “A Song for You,” both of which were eventually recorded by The Carpenters, George Benson and others.  Russell’s distinctive voice makes his own recording of “A Song for You” particularly memorable.

One of the anchors of the US version of Tull’s third album, “Benefit,” this song didn’t appear on the British version but was instead released as a single there.  It stiffed on the charts, but in the US it became very popular on FM rock stations, thanks to the catchy rock arrangement carried by Anderson’s distinctive flute and the first appearance of John Evan’s swirling organ passages.