Did you know someone in middle school or high school who was relentlessly bullied, picked on, or humiliated by other students?  Of course you did.  It’s pretty much a universal thing and, sad to say, it’s been going on for many decades, and only recently is it being more seriously addressed by school authorities.

It happened in the late 1950s at Thomas Jefferson High School in Port Arthur, Texas.  Kids there taunted and tormented one particular girl they felt was an ugly freak, a shy outlier who had severe acne problems and weight fluctuations.  Try as she might, she never fully got over the persecution, and suffered self-esteem problems the rest of her life.  But she survived by befriending other outcasts, listening to blues records by Bessie Smith, Ma Rainey, Nina Simone and Odetta, and developing her own singing voice by mimicking theirs.  It was a strategy that worked well for her…for a while.

That girl was Janis Joplin. 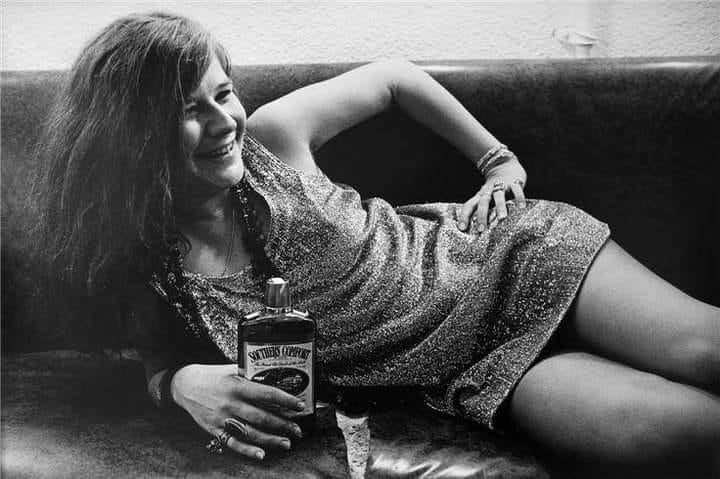 Fifty years ago this Sunday, Joplin died in Room 105 of the Hollywood Landmark Hotel (now the Highland Gardens), a short walk from the Hollywood Bowl where she had thrilled a sold-out crowd a year earlier.

She had been an intermittent heroin user, and the dose she injected that night was allegedly cut with something else, which killed her.  She was 27.

Her death was a punch to the solar plexus of rock music lovers everywhere, particularly because it came only 16 days after the passing of the wondrous but troubled Jimi Hendrix, who died in similar fashion in England.

Friends, family members, business managers, armchair therapists and countless others have written books and granted interviews in an attempt to analyze Joplin, a moody, hugely talented, self-destructive, fun-loving young woman whose star shone so brightly for only three years before being extinguished far too early. 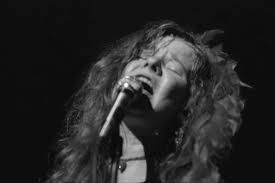 Joplin’s influence was enormous and far reaching.  Hundreds of female vocalists and blues musicians in the five decades since her death have lavishly praised her electrifying live performances and her surprisingly polished studio recordings.  Critics sometimes took exception to the way she  overworked her material to the extreme, but most adored her “devastatingly original voice,” her “overpowering and deeply vulnerable artistry” and her “Elvis Presley-like ability to captivate an audience.”

British singer Florence Welch of Florence + The Machine, who wasn’t born until 17 years after Joplin’s death, had this to say:  “She was so vulnerable, self-conscious and full of suffering.  She tore herself apart, yet on stage, she was totally different.  She was so unrestrained, so free, so raw.  It seems to me her suffering and the intensity of her performance went hand in hand.  There was always a sense of longing, of searching for something.  I think she really sums up the idea that soul is about putting your pain into something beautiful.”

Despite her small-town upbringing, Janis was a free spirit from an early age, rejecting Port Arthur’s narrow thinking regarding sex, segregation and a woman’s place in the world.  She attended college in Beaumont and in Austin, playing coffee house gigs as a solo acoustic act, honing her chops on folk and blues tunes.  At the first opportunity she left Texas for California, hitchhiking there with her friend Chet Helms, who later became manager of the San Francisco band Big Brother and The Holding Company.

Eventually, Joplin became that band’s lead singer, and by 1966, Bay Area people were buzzing about the gypsy-like girl who could belt out blues tunes with unparalleled passion and energy.  She dove head first into the 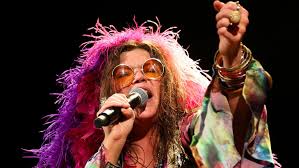 no-rules milieu of the counterculture, experimenting with psychedelic drugs , wearing outré boutique clothes, and enjoying sexual relationships with men and women alike.  She considered herself “one of the boys,” sleeping with whomever she pleased and resisting the double standard that said men could do that but women could not.

Even before they had released their first LP, Joplin and Big Brother won a slot at the legendary Monterey International Pop Festival in June 1967, and her mindblowing performance there was so spectacular that it forever secured her place in the rock pantheon.  It also won her a recording contract with Columbia Records.  Despite all this attention (which she adored and craved), Joplin confided that she was plagued by self-doubt, always fearing she wasn’t really good enough. 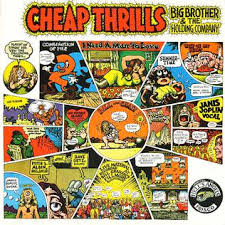 Ah, but she most certainly was.  Joplin and Big Brother recorded a stellar set of blues and rock songs which comprised the compelling LP “Cheap Thrills,” the #1 album in the country for eight weeks in late 1968.  Joplin and producers chose to add manufactured audience sounds to make it appear to be live, but in fact only the final track, the explosive “Ball and Chain,” was recorded in concert.  The Top 20 single “Piece of My Heart,” “Combination of the Two,” a cover of the Gershwin classic “Summertime” and the Joplin original “Turtle Blues” combined to make a well-rounded blues album for the ages. 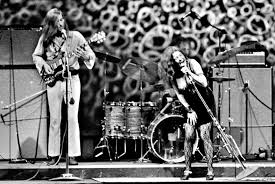 Big Brother wasn’t the most precise band around, and Joplin grew weary of their sloppiness.  At the same time, the band grew resentful of her “star trip” eclipsing the band, and by year’s end, they went their separate ways.  Janis had become enamored with soul and R&B and rounded up musicians who shared that bent.  They became The Kosmic Blues Band, with prominent horns and a much funkier beat than Big Brother’s psychedelic blues.

It was at this time that I personally became aware of Joplin.  I was 14 and buying up as many hip rock albums (Zeppelin, Hendrix, Steppenwolf, Cream) as I could afford.   I admit I bought “Cheap Thrills” partly because I was captivated by R. Crumb’s fantastic comic book art on the cover, but when I took it home, I was so taken by the music, especially “Ball and Chain,” that I played it incessantly.

I was first in line at the record store when she and her new group released “I Got Dem Ol’ Kozmic Blues Again, Mama!” in September 1969.  I was pleasantly surprised by the R&B punch of “Try,” “To Love Somebody” and “Maybe” with their dominant horns and keyboards, but she was still true to her blues on “One Good Man” and the riveting title track.  What a fine album!

Joplin had solidified her cachet by appearing at Woodstock that summer, even though she felt it was a sub-par performance and refused to allow it in the documentary film or its soundtrack.  She broadened her fame by making several memorable appearances on national TV on the quasi-hip “Dick Cavett Show,” having a blast chatting and giggling about everything from her regrettable high school days to her left-leaning political views.

As it turned out, Janis and the Kosmic Blues Band musicians never really gelled, so she left them as well.  She made it known that, despite her ability to pack arenas like Madison Square Garden, she actually preferred playing much smaller venues and clubs — another example of her inner conflict between self-loathing and a need for adulation. 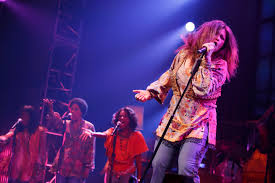 She took time off in 1970 to travel with a new paramour to Brazil, taking time to give herself a little distance from the drugs and the craziness of her rock star life.  When she returned a month later, though, her heroin use resumed.  She assembled a third group, The Full-Tilt Boogie Band, which featured organ but no horns.  They did a train tour of Canada and added some U.S. dates at the end, which met with mixed reviews.  Some praised the band’s tightness while others felt Joplin appeared exhausted and uninspired.

In an interview that summer, Janis confirmed what others have said about her conflict between the inner woman and the outer performer:  “I’m a victim of my own insides.  There was a time when I wanted to know everything.  It used to make me very unhappy, all that feeling.  I just didn’t know what to do with it.  But now I’ve learned to make that feeling work for me.  I’m full of emotion and I want a release, and if you’re on stage, and if it’s really working and you’ve got the audience with you, it’s so sublime.”

In August and September of that year, she and the band recorded several songs in Los Angeles with producer Paul Rothschild at the helm.  Vibrant tracks like “Move Over,” “Half Moon” and “Get It While You Can” showed a renewed vigor, while Joplin’s reading of Kris Kristofferson’s “Me and Bobby McGee” showed the full range of her unmatched vocal talent.

The band laid down the instrumental tracks for “Buried Alive in the Blues,” and Joplin planned to record her vocals the following day, but it was not to be.  In tribute to Janis, the track was left as is, leaving listeners to imagine her vocal part on their own.

Just as with Hendrix, Jim Morrison and others who died young, her tragic death only served to raise never-resolved questions like, “I wonder what kind of music she would’ve been making in her 30s, 40s or 50s?” 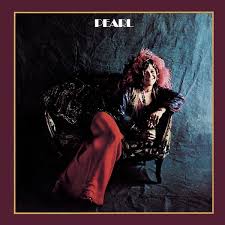 The final songs were compiled onto her final LP, the posthumously released “Pearl,” which rocketed to #1 in early 1971, as did the single of “Bobby McGee.”

At age 20, Stevie Nicks was performing with Lindsay Buckingham in a Bay Area band called Fritz, often serving as a warmup act for legends like Joplin and Hendrix.  She recalled watching her from the wings during her performances.  “When Janis got up on that stage with her band, this woman became my new hero.  She was not what anyone would call a great beauty, but she became beautiful to me because she made such a powerful and deep emotional connection with the audience.  I didn’t care much for the feather boas and the bell-bottom pants, but she didn’t dress like anyone else, and she definitely didn’t sing like anyone else.

“She put herself out there completely,” said Nicks, “and her voice was not only strong and soulful, it was painfully and beautifully real.  She sang in the great tradition of the rhythm & blues singers that were her heroes, but she brought her own dangerous, sexy rock & roll edge to every single song.  She really gave you a piece of her heart, and that inspired me to find my own voice and my own style.” 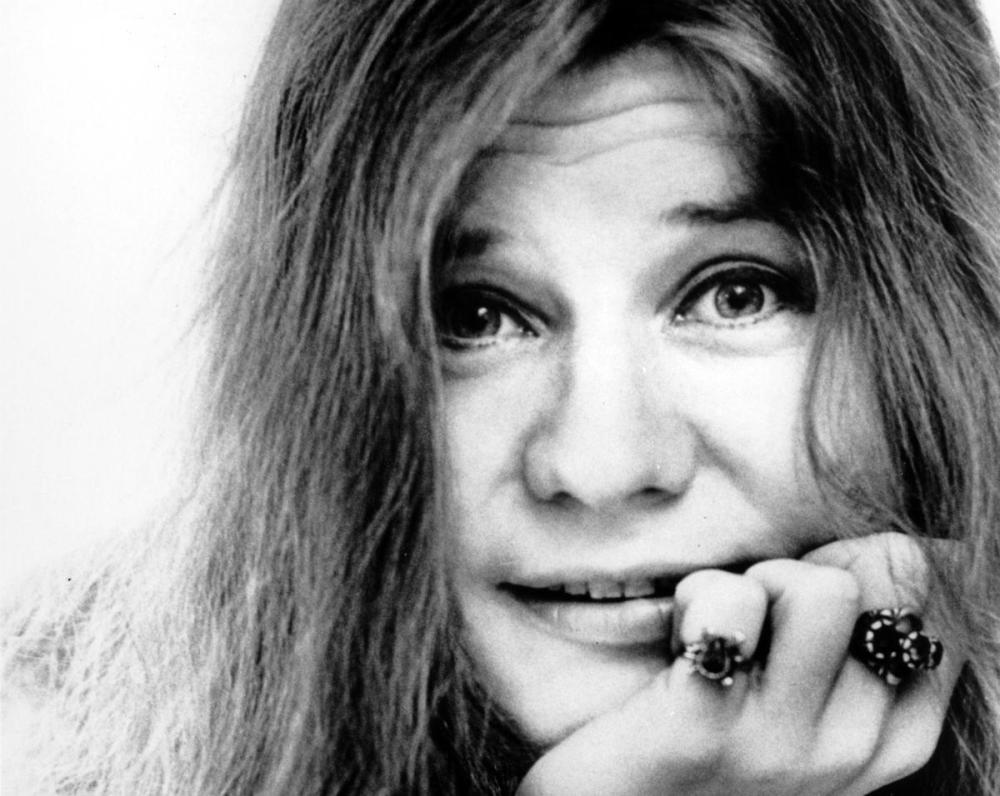 God love ya, Janis.  Your legacy is in your performances on the records, and I’ll cue them up and dig ’em whenever I need a dose of “dem ol’ kosmic blues, mama!”