Rock ‘n roll was in its infancy in 1955 when Chuck Berry got his start with a song about “Maybellene” driving in a Cadillac Coupe de Ville, as Berry chased her down in his V8 Ford.

Cars and driving have played a huge role in rock lyrics ever since.

We heard them at first through our tinny AM car radios.  In the early ’60s, some of The Beach Boys’ biggest hits involved cars (“Little Deuce Coupe,” “409“) or cruising the streets (“…and we’ll have fun, fun fun ’til her daddy takes the T-Bird away…” “I’m gettin’ bored drivin’ up and down the same old strip…”).

Then came FM radio with more choices, and then 8-track tapes, and the songs of Bruce Springsteen’s repertoire in the ’70s and ’80s, overflowing with themes about cars:  “Thunder Road,” “Racing in the Streets,” “Pink Cadillac,” “Wreck on the Highway,” and of course “Born to Run“…

Rock ‘n roll has always been about rebellion, reckless abandon, hitting the road and never looking back.  It’s no surprise, then, that so many great rock songs have deftly captured the mood of being behind the wheel, either in a desperate attempt to flee the constraints of rules (Steppenwolf’s “Born to Be Wild”) or in a hopeful romantic interlude (Meat Loaf’s “Paradise by the Dashboard Light”) or the overwhelming desire to chase dreams (Cat Stevens’ “On the Road to Find Out”).

As Spring Break looms closely ahead, it occurred to me that the time is right for me to comprise a solid setlist of songs about cars and driving.

There are several hundred from which I could choose, so I’ve whittled the list down to a group of two dozen personal favorites that are known and unknown, moody and exuberant, whimsical and dead serious.  There’s no question I’ve neglected to mention many readers’ preferences, but I  have picked the ones that…um…drive me wild.

“Listen to her tachin’ up now, listen to her whine, come on and turn it on, wind it up, blow it out, GTO…”

One of many hot rod songs out of of the early ’60s that captured the public’s imagination. The group was not from California or Florida, though — they were based in Nashville, and responsible for injecting some country elements into surf music.

“Lady driver, let me take your wheel, smooth operator, touch my bumper, hey let’s make a deal, make it real, like a road runner coming after you…”

Trinidad-born Billy Ocean was inspired by a line from the Ringo hit “You’re Sixteen” (“You walked out of my dreams and into my car”), turning it into a #1 hit in 1988, which was featured on the soundtrack to the teen driving flick, “License to Drive.” 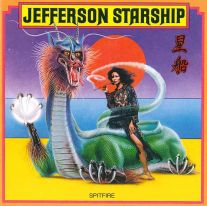 “Come on, cruise with me, baby, know that it would be such a thrill, cruisin’ in my automobile…”

Marty Balin — who founded the Jefferson Airplane, left, then returned to play a role in the mid-’70s Jefferson Starship retooling — wrote and sang this upbeat tribute to the joy of just driving around.

“I got no car and it’s breaking my heart, but I’ve found a driver and that’s a start…”

The original lyrics of this McCartney tune were, “Baby, you can wear my ring,” but Lennon nixed that and made it a double entendre about cars and sex, complete with the sassy “beep beep mm beep beep, yeah!”

“With the pistons a-pumpin’ and the hubcaps all gleam, when I’m holding your wheel, all I hear is your gear…”

It wasn’t Freddie Mercury but drummer Roger Taylor who wrote and sang this nasty song from the band’s “A Night at the Opera” LP that compares driving with sex.

“We both popped the clutch when the light turned green, you shoulda heard the whine from my screamin’ machine…” 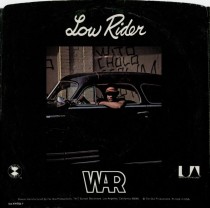 The “low rider” — the practice in Chicano culture of hydraulically hot-rodding classic cars — is the focus of the lyric, which uses suggestive innuendo as well.  It was a #7 hit, written by the band War, and carried by a sax riff and Howard Scott’s gruff vocals.

“Come on, baby, gonna take a little ride, down, down by the ocean side…”

This eerie tune was one of Jim Morrison’s first compositions, which alluded to a late-night drive and accidental drowning.  Keyboard player Ray Manzarek was taken by Morrison’s poetic imagery, and they soon formed The Doors, one of the major late Sixties bands.

“Back on the streets where it feels so right, I’m only drivin’, I know I got no place to go…”

This San Francisco-based New Wave band came up with a fun, mindless tune with a contagious beat, that happens to be just perfect for a road trip.  It managed to creep into the Top 40 for a couple weeks in the early months of 1980.

The Boss wrote this smoldering tune about lust, but it didn’t fit the theme of his “Darkness on the Edge of Town” LP that year, so he left it off, but played it live all the time.  The Pointer Sisters ended up scoring a #2 hit with it in early 1979.

“With the radio playing our song, we keep rolling on, who knows how far a car can get before you think about slowin’ down, yeah…”

The music video for this #3 hit, shot in The Motor City, featured cars, body shops and interstates, as Aretha pumped out the driving melody, with great lyrics about Cadillacs and city driving being way too slow, and the need to “drop the pedal and go, go go.”

“I’ve been drivin’ all night, my hand’s wet on the wheel, there’s a voice in my head that drives my heel, it’s my baby calling, says ‘I need you here,’ and it’s half past four and I’m shiftin’ gear…”

Dutch band Golden Earring had a huge career in Holland for more than 25 years, but they made only a modest impact in the US, primarily with this relentless song about a guy’s need to drive to meet his woman, with whom he seemingly communicates through radar. 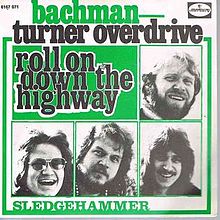 “Roll On Down the Highway,” Bachman-Turner Overdrive, 1975

“Cop’s on the corner, look, he’s starting to write, well I don’t need no ticket so I screamed out of sight…”

In 1973, bassist-singer-songwriter Fred Turner was commissioned to write music for use in Ford Motor commercials, but they never used any of it.  Guitarist Robbie Bachman helped turn one piece into this classic-rock staple that reached #12 on the US charts. 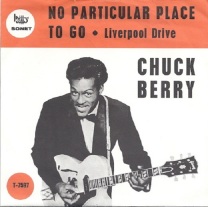 “Riding along in my automobile, my baby beside me at the wheel, I stole a kiss at the turn of a mile, my curiosity runnin’ wild…”

Using the exact same music lifted from his 1957 #5 hit “School Days,” Chuck Berry came up with this amusing ditty about driving and kissing and an uncooperative seat belt.  It reached #10 in the midst of The Beatles’ initial invasion period. 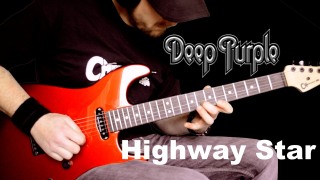 “Nobody gonna take my car, I’m gonna race it to the ground, nobody gonna beat my car, it’s gonna break the speed of sound…”

Guitarist Ritchie Blackmore and singer Ian Gillan wrote this song on a tour bus in 1971 when a reporter asked them how their songwriting process worked.  Its lyrics focus on the love of, and need for, a powerful car and a hot woman, which makes him feel like a “highway star.”

“Looking out at the road rushing under my wheels, I don’t know how to tell you all just how crazy this life feels…”

Browne’s fifth LP paid homage to the life of a touring musician, with new songs performed live on stage, in hotel rooms, even on tour buses.  The title track explores the passion and restlessness that drives musicians to keep playing, keep going, keep searching. 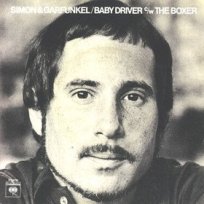 “Once upon a pair of wheels, hit the road and I’m gone, what’s my number, I wonder how your engines feel…”

A slyly hilarious song from this normally sweet, reserved duo.  The sounds of revving motors and a racetrack announcer punctuate this breezy, energetic tune that’s really about teen sex while the parents are away.

“My baby drove up in a brand new Cadillac, she said, ‘Hey come here, Daddy, I ain’t never coming back!…'”

British rockabilly star Vince Taylor wrote this frenetic song in 1958, and three different cover versions were successful on various European charts in the ’60s.  The Clash recorded a terse, defiant rendition for their classic “London Calling” LP in 1979.

“Move on over, stand aside, my cruise control’s in overdrive, need to take my baby for a ride…”

Easily one of the most underrated bands of the Seventies, Little Feat reconvened in 1989 and had great success with “Let It Roll,” a blast of fresh air by guitarist Paul Barrere and keyboardist Bill Payne.  A damn near perfect driving song.

“Well I’m runnin’ down the road, trying to loosen my load, got a world of trouble on my mind…”

Jackson Browne wrote 90% of this classic, with Glenn Frey contributing the line about the girl in a flatbed Ford slowing down for a look.  It perfectly captures the mood of open-road driving across the American West (in Winslow, Arizona and elsewhere).

“Better keep your eyes on the road, son, better slow this vehicle down…we made love in my Chevy van, and that’s all right with me…”

Sammy Johns wrote this sex-in-the-car classic in 1973 about a guy who picks up a woman who seduces him in the back of his van before disappearing into the night.  It was a #5 hit in 1975, and has been covered by numerous country artists in the years since.

“I’m a friendly stranger in a black sedan, won’t you hop inside my car?…I’m your vehicle, baby, I’ll take you anywhere you want to go…”

Jim Peterik of the Chicago-based Ides of March had a crush on an attractive girl and gave her rides in his souped-up Valiant, but was frustrated when nothing ever came of it.  “All I am is her vehicle,” he said, instantly seeing it as inspiration for a song.  It was a #2 hit. 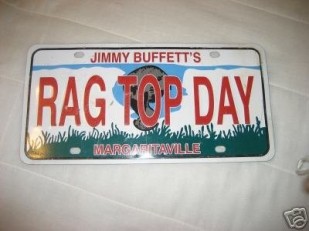 “I put on my weekend clothes, turn on the rock ‘n roll, throw all our cares away, it’s a ragtop day…”

Ragtops are, of course, convertibles, an indispensable part of the automobile culture, especially in California, Florida and other warm-climate locales.  Buffett knows all about that, and he came up with this catchy tune for his “Riddles in the Sand” LP in 1984.

“Got those highway blues, can’t you hear my motor running, flying down the road with my foot on the floor…”

Tom Johnston, the Doobies chief songwriter, was working on all cylinders when he came up with this rollicking number from their breakout LP “Toulouse Street.”  A perfect song for the open road.