Before the arrival of Bob Dylan, The Beach Boys and The Beatles, singing and songwriting were considered two distinctly different talents.  Up until about 1960, you were one or the other, but not both.

Songwriters, by and large, accepted their place in the scheme of things, churning out catchy melodies and lyrics that someone else turned into hit singles.  In some cases, however, the songwriter nursed a dream of becoming a recording artist in his/her own right, even if that didn’t happen until years later. 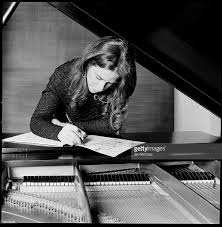 Carole King is perhaps the best example of this.  Throughout the ’60s, she and husband Gerry Goffin wrote dozens of hits made famous by others — “Up on the Roof” by the Drifters, “I’m Into Something Good” by Herman’s Hermits, “The Locomotion” by Little Eva, “Will You Still Love Me Tomorrow” and “One Fine Day” by the Shirelles, “Pleasant Valley Sunday” by The Monkees, “(You Make Me Feel Like a) Natural Woman” by Aretha Franklin, “Hi-De-Ho” by Blood Sweat and Tears, to name just a few.

Then in 1970, King took a stab at singing, and although her debut album went unnoticed, her second was “Tapestry,” one of the biggest-selling albums of all time, and the beginning of an accomplished career as a singer.

There are some fascinating examples of hit songs from that era that were written by songwriters who hadn’t yet made their name on the charts as singers.  In the process of creating the song, the composers often recorded their own versions, either as demos or as official recordings that received little attention.  Hearing these “rough drafts” of tunes that became huge hits by others makes for great listening, as the Spotify song list at the end of this blog will demonstrate.

And here we go:

Diamond, who went on to write 37 Top 40 hits, developed a passion for songwriting at age 15 growing up in Brooklyn.  He had his eye on a recording career, but meanwhile, he was happy to have his songs picked up by others.  In 1966, TV producer Don Kirshner, in charge of finding material for the new created-for-TV pop rock band The Monkees, came to Diamond for one of his latest, “I’m a Believer.”  Diamond recorded his own version in 1967 on his “Just for You” LP, which also included his first hits “Cherry, Cherry” and “Girl, You’ll Be a Woman Soon.”

Simon had been writing his irresistible melodies and introspective lyrics since 1963, and had recorded one album with Art Garfunkel that went nowhere.  But when a producer added drums, bass and electric guitar to their acoustic recording of “The Sound of Silence,” it became a #1 hit in early 1966, and Simon and Garfunkel were off and running.  Meanwhile, he had written “Red Rubber Ball” with Bruce Woodley of The Seekers, and the short-lived band called The Cyrkle made it into a hit.  S&G played it in concert occasionally, and their live recording of it appears on the 1997 collection “Old Friends.”

In 1968, at a time when bands wanted to (or were expected to) write their own songs, Three Dog Night went the other way, covering songs written by others, mostly struggling young songwriters who had great material.  Singer Chuck Negron heard the unknown album “Aerial Ballet” by Nilsson, which included a track called “One,” a simple, mellow song about the loneliness felt following a romantic breakup.  The band recorded a more exuberant arrangement for their debut album, and “One” became a #5 hit in 1969, the first of 15 Top 20 singles for the trio. 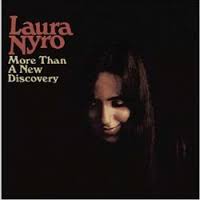 Nyro’s original vision for “Wedding Bell Blues” was as part of a mini-suite with dramatic rhythm changes to reflect the dual themes of adoring love and frustrated lament felt by the woman who “wonders if she’ll ever see her wedding day.”  That version was turned down by her producer, but instead she recorded a more soulful arrangement and released it in 1967 on her “More Than a New Discovery” debut album.  Two years later, The 5th Dimension enjoyed a pair of hits with Nyro’s songs “Stoned Soul Picnic” and “Sweet Blindness,” so they tried a third time with their rendition of “Wedding Bell Blues” (which was very similar to Nyro’s), and it went to #1.

Denver was a member of the Chad Mitchell Trio in the mid-’60s, writing and performing songs in folk clubs.  He put together a homemade demo of a batch of his songs, including one he was then calling “Babe, I Hate to Go,” and circulated it to music industry friends. Peter, Paul & Mary were so impressed with it that they recorded it for their 1967 LP, “Album 1700,” under its new title, “Leaving on a Jet Plane.”  It sat ignored for two years until PP&M, in the throes of breaking up, decided to release it as a single, and it ended up the final #1 song of the 1960s.  Denver’s own version appears on his 1969 album, “Rhymes & Reasons.”

By 1965, Dylan was already regarded as a songwriting genius/prophet in some circles, but he hadn’t yet made a dent on the charts.  That changed when the Southern California band The Byrds used their jangly electric 12-string guitar sound and lush harmonies on a folk-rock arrangement of Dylan’s acoustic “Mr. Tambourine Man,” which rocketed to #1.  Dylan’s version, found on his “Bringing It All Back Home” LP, has a running time of 5:34 and includes four verses; The Byrds’ version is severely truncated to 2:29, using only the second of the four verses. 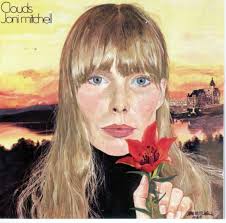 Judy Collins gives credit to her friend and musician Al Kooper for introducing her to the genius of Joni Mitchell, still a relative unknown at the time.  “He knew I was in the midst of recording my ‘Wildflowers’ album, and he wanted me to hear Joni’s songs, particularly ‘Both Sides Now,'” Collins wrote in her autobiography.  “Joni’s writing was magnificent.  ‘Both Sides Now’ has everything — sweep and tenderness, specificity and breadth.  It’s a perfect jewel of a song, perhaps one of the greatest songs ever written.”  Mitchell’s version appears on her second album, “Clouds,” in 1969.

Webb remembers driving toward the late afternoon sun one day in Oklahoma, passing endless miles of telephone poles, until he saw the silhouette of a solitary lineman atop a pole.  “He looked like the absolute picture of loneliness,” said Webb, who put himself in the lineman’s place and wrote what has been described as “the first existential country song” and “the greatest pop song ever composed.”  Glen Campbell was the first of many artists to record “Wichita Lineman,” and Webb himself finally got around to it on his 1996 album called “Ten Easy Pieces,” which also includes new arrangements of other hits he wrote like “By the Time I Get to Phoenix,” “The Worst That Can Happen,” “Galveston” and “MacArthur Park.”

After an early attempt as a recording artist flopped, Newman concentrated on songwriting throughout the ’60s, and his 1966 song “I Think It’s Going to Rain Today” was recorded by a dozen different singers.  That same year he wrote “Mama Told Me Not to Come” for Eric Burdon and The Animals, but it ended up an ignored album track.  Four years later, Newman released his “12 Songs” LP which included his piano-based rendition of the song, and simultaneously, Three Dog Night’s rock/funk version raced up the charts to become one of the biggest singles of the year.

McCartney wrote several songs during the Beatles years that he gave away to others, particularly Peter & Gordon (Peter Asher was his girlfriend’s brother).  In 1969, McCartney was commissioned to write songs for “The Magic Christian” soundtrack, and in the midst of the “Abbey Road” sessions, he arrived early one day and recorded a polished demo of “Come and Get It” by himself.  Badfinger was a new band signed to the Apple label, and to help jumpstart their career, he gave them “Come and Get It,” also producing it.  McCartney’s demo was finally released as a Beatles track on the Anthology 3 CD in 1996. 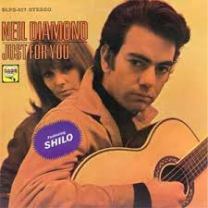 This one has this list’s longest gestation period from composing to hit-single status.  Originally written and recorded by Diamond in 1967 on his “Just for You” LP, “Red Red Wine” was resurrected 15 years later by British pop/reggae band UB40, who released an album in 1983 of cover versions of songs by their early rock idols.  Their reggae version went to #1 in the UK but stalled at #34 here.  Five years later, “Red Red Wine” was re-released in the US and went to #1 here as well.

Another Nyro composition that appeared on her underrated 1967 debut “More Than a New Discovery” was this upbeat number that eventually captured the attention of producer Richard Perry.  He suggested it as a featured song for Barbra Streisand’s first album of pop-rock songs, and although she initially balked at the line “I was raised on the good book Jesus” because of her Jewish faith, it ended up being the title song when released in 1971.  She took Nyro’s song to #6, her first Top Ten hit since “People” in 1964, and the beginning of an impressive run on the charts throughout the ’70s and into the ’80s.

“Me and Bobby McGee,” written by Kris Kristofferson.  Made famous by Janis Joplin (#1 in 1971)

Kris Kristofferson was an Army brat who became an accomplished pilot, an award-winning boxer and rugby player, and a Rhodes scholar at Oxford — and he left all that behind to pursue his dreams of writing music and acting.  He found his niche in Nashville, where his songs were recorded by dozens of country stars from Johnny Cash to Ray Price, but Kristofferson’s own recordings never achieved much commercial success.  He introduced one song from his debut album “Kristofferson” to his friend Janis Joplin, who decided to record it for what would become her final album, “Pearl.”  Four months after her death, Janis’s recording of “Me and Bobby McGee” was the #1 song in the country.

In 1972, Bowie’s career was only just starting to take off in the US when he heard that his friends in Mott the Hoople were about to break up because of a lack of chart success.  He offered them his song “Suffragette City” from the “Ziggy Stardust” LP, but they turned him down, so instead, Bowie sat down in a London flat across from singer Ian Hunter and wrote “All the Young Dudes” specifically for them.  It went to #3 in the UK, saving the band’s career, and it became the unofficial anthem of the glam-rock era.  Bowie recorded it himself during the “Aladdin Sane” sessions but never released it until the mid-’90s on several different compilation CD sets. 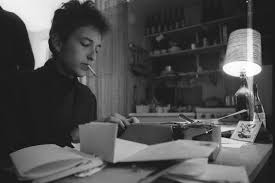 You might also want to check out the composer’s versions of these other hits that made my honorable mention list:

Bruce Springsteen wrote “Blinded by the Light,” “Fire,” and “Because the Night”;  Bob Marley wrote “I Shot the Sheriff”; Neil Young wrote “Lotta Love”; Leon Russell wrote “This Masquerade” and “A Song for You”;  Tom Waits wrote “Ol ’55”;  Prince wrote “Nothing Compares 2 U” and “Manic Monday”;  Bob Dylan wrote “Blowin’ in the Wind,” “Don’t Think Twice It’s All Right” and “All Along the Watchtower.”