This is the second in a series of four blog columns examining some of the classic and obscure songs of the ’60s, ’70s and ’80s celebrating the four seasons.  Today’s entry focuses on songs of summer.

The summer solstice, the date when we experience the year’s longest day and shortest night, was three days ago, marking the official beginning of summer.  Woo hoo!!

It’s the season when the kids go off to camp, when families pack up and head out on

vacation, when couples take leisurely bike rides, when everybody heads to the beach for the day, or goes waterskiing at the lake, or enjoys fireworks at a baseball game.  It’s the dog days.  The lazy hazy crazy days of summer!

Popular music lyrics have done a marvelous job over the years of describing the events, emotions and nuances of the different seasons.  Summer, the time for fun in the sun, is no exception.

Indeed, there may be more songs celebrating summer than any other season.  It was a challenge, but I’ve assembled a sweet setlist of songs of summer that might be a great companion as you head to the beach, to the river, to the mountains, to the backyard hammock to chill for a while.  Put on your flip-flops and enjoy the day! 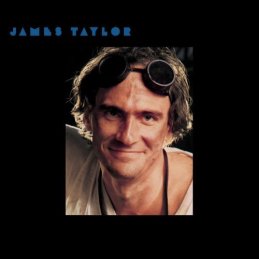 It may have been because he always used to release albums in May or June, but Taylor’s music invariably makes me think of summer — cheerful melodies, whimsical lyrics, days at the beach, outdoor concerts. On his “Dad Loves His Work” LP in 1981, he captured all that in “Summer’s Here,” which celebrates the season’s hotly anticipated arrival:  “Summer’s here, that suits me fine, it may rain today, ’cause I don’t mind, it’s my favorite time of the year, and I’m glad that it’s here…  Yeah, the water’s cold but I’ve been in, baby lose the laundry and jump on in, I mean, all God’s children got skin, and it’s summer again…” 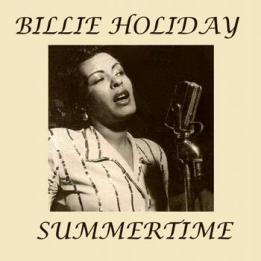 George Gershwin took a DuBose Heyward poem and set it to music as a hybrid of jazz, blues and gospel in 1934, when it was used prominently in the modern opera “Porgy and Bess.”  “Summertime” went on to become one of the most covered compositions of all time (15,000 versions and counting).  It first hit the charts in Billie Holiday’s rendition in 1936, and Sam Cooke’s 1957 version also proved very popular, but it was Billy Stewart’s more gimmicky arrangement that reached the Top Ten in 1966.  Janis Joplin served up a fabulous treatment on the #1 album “Cheap Thrills” in 1968…and don’t miss Peter Gabriel’s knockout version on 1994’s “The Glory of Gershwin” collection, and Annie Lennox’s cover in 2014:   “Summertime and the living is easy, catfish are jumping and the cotton is high…” 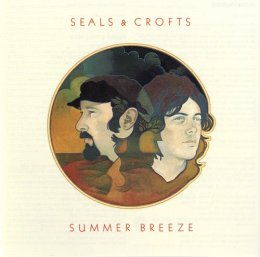 This euphoric tune has appeared on almost every “Best Songs of Summer” list you can find.  Jimmy Seals and Dash Crofts had been working in several bands throughout the ’60s before they finally hit it big as a duo with this #6 hit, released in August 1972.  (Why didn’t they release it in June?  It might’ve made #1…).  The Isley Brothers had some success with a funkier version in 1974.  Crofts said he wrote it one day when he was feeling particularly happy about his new life with his new wife:  “Summer breeze, makes me feel fine, blowing through the jasmine in my mind, sweet days of summer, the jasmine’s in bloom, July is dressed up and playing her tune…”

You can almost feel the sweat dripping from John Sebastian’s brow as he sang this timeless #1 anthem that alternately bemoans and celebrates summer days and summer nights when the thermometer is in the 90s.  Make it through the hot days, it said, and the warm nights would bring rewards:  “Hot town, summer in the city, back of my neck gettin’ dirty and gritty, been down, isn’t it a pity, doesn’t seem to be a shadow in the city…  But at night, it’s a different world, go out and find a girl…  And babe, don’t you know it’s a pity that the days can’t be like the nights in the summer in the city, in the summer in the city…”

ELO leader Jeff Lynne has always been an unabashed Beatles fan, and his band’s music has often shown the Fab Four’s influence.  On their first of four Top Ten albums, 1975’s “Face the Music,” several tracks resembled latter-day Beatles music, most notably the ethereal album closer, “One Summer Dream,” full of wistful emotion and a melody that seems to float by:  “Warm summer breeze blows endlessly, touching the hearts of those who feel, one summer dream, one summer dream…”

“Someone Somewhere (in Summertime),” Simple Minds, 1982

This Scottish band was far more successful in England and Europe with a half-dozen Top Five LPs in the 1980s, but their fame in the US was more limited.  Too bad — this is an extraordinary band worth exploring further.  On its “New Gold Dreams” LP in 1982 is this lush, almost erotic song that British critics gushed about — “It starts 100 feet above the ground and never comes to earth,” said one; “It’s a magisterial waltz through a mythical August haze,” said another.  A beautiful piece, without question:  “Somewhere there is some place that one million eyes can’t see, and somewhere there is someone who can see what I can see, someone, somewhere, in summertime…”

Formed in New Jersey expressly as a vocal group who covered established hits, The Happenings had a huge #3 hit in the summer of ’66 with “See You in September,” thanks to Bob Crewe, expert arranger and producer, who was the wizard behind the similar vocal excellence of The Four Seasons.  In the lyrics, the narrator is seeing his girlfriend off on her summer vacation, wishing her a great time but ardently hoping she doesn’t fall for someone else while she’s gone:  “Have a good time, but remember, there is danger in the summer moon above, will I see you in September, or lose you to a summer love?…” 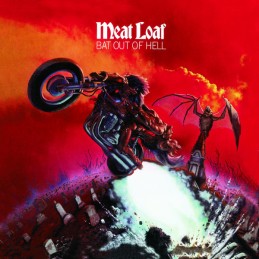 When the amazing “Bat Out of Hell” album was released in 1977, it took a little while to grab hold, but its operatic songs and shimmering production values ultimately made it one of the best-selling albums of all time (over 40 million sold).  Curiously, its singles didn’t chart well, but they became memorable anyway thanks to relentless FM airplay.  For me, this track elicits memories of humid June evenings full of lust and promise:   “It was a hot summer night, and the beach was burning, there was fog crawling over the sand, when I listen to your heart, I hear the whole world turning, I see the shooting stars falling through your trembling hands…” 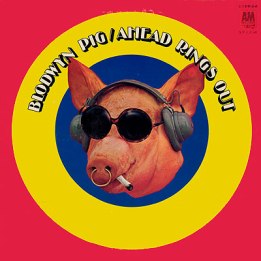 Blues guitar purist Mick Abrahams didn’t care for the direction Jethro Tull leader Ian Anderson was taking the group, so he left Tull after its debut LP to form blues band Blodwyn Pig in 1969.  Their first two albums fared well in England but were largely ignored here.  Several powerful and/or quirky tracks can be found on “Ahead Rings Out,” including “See My Way,” “Dear Jill, “It’s Only Love” and “Summer Day,” full of fun and saxophones:  “Much too tired in the morning, much too lazy in the evening time, summer day, much too tired, don’t pass time with me…”

In 1958, Cochran wrote this rockabilly classic that shares a teen’s lament about having to work a summer job instead of play, and it not only reached #8 upon release, it ranked #73 on Rolling Stone’s “500 Greatest Rock Songs of All Time.”  Blue Cheer’s distorted version is credited with being the first heavy metal song to make the charts (#14 in 1967), and The Who’s fierce rendition on their 1970 live album “Live at Leeds” reached #27.  Country artist Alan Jackson reached the top of the country charts in 1994 with his spirited recording:  “Every time I call my baby to try to get a date, my boss says, ‘No dice, son, you gotta work late,’ sometimes I wonder what I’m gonna do, there ain’t no cure for the summertime blues…”

In the music video for “Suddenly Last Summer,” an ice-cream truck appears periodically, which New Wave singer Martha Davis said was meant to remind us that summer’s nearing an end and “it’s going by for the last time and won’t be back for a while.”  Perhaps that’s a key reason the song peaked at #9 well into the autumn of 1983, when memories of summer had mostly faded for the year.  Along with “Only the Lonely” from the previous year, this track was The Motels’ high-water mark:  “It happened one summer, it happened one time, it happened forever for a short time, a place for a moment, an end to a dream, forever I loved you, forever it seemed…” 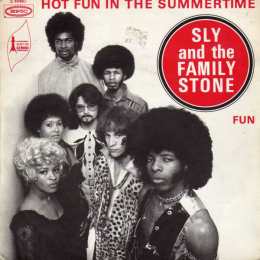 This durable rock track reached #5 in the US in the summer of 1985, one of the biggest hits for the Canadian-born Adams.  In the lyrics, the narrator looks back fondly on the summer of ’69 when he was in his first band and chasing girls, a time he called “the best years of my life.”  It’s not autobiographical — Adams was only 10 in 1969 — but it is realistically nostalgic about the cultural revolution going on at the time, he said:  “I got my first real six-string, bought it at the five-and-dime, played it ’til my fingers bled, was the summer of ’69… oh, when I look back now, that summer seemed to last forever…”

No summer song playlist is complete without a selection from California’s worshipers of sun and fun, The Beach Boys.  Brian Wilson and Mike Love collaborated on this track, the title song of their fourth Top Ten album, and the first following the arrival of The Beatles and British Invasion bands in the summer of 1964.  It was to be their last album that focused on beach culture, and this song condensed everything they’d done so far into one succinct party tune:  “Miniature golf and Hondas in the hills, when we rode the horse, we got some thrills, every now and then, we hear our song, we’ve been having fun all summer long…”

A classic one-hit wonder on the US charts (#3 in the summer of ’70), Mungo Jerry’s “In the Summertime” went on to sell 25 million copies worldwide.  Singer-songwriter Ray Dorset took the band to significant success in their native UK, with several #1 albums and various hit singles.  Here’s a great bit of trivia:  The name “Mungo Jerry” comes from the T.S. Eliot poem “Mungojerrie and Rumpleteaser.”  Whatever.  The song is an infectious earworm that is still catchy today:  “In the summertime when the weather is hot, you can stretch right up and touch the sky, when the weather’s fine, you got women, you got women on your mind…”

I vascillated about this song, trying to decide if it really belonged on this list or if it was more appropriate for an upcoming setlist of songs of autumn (“after the boys of summer have gone”).  The images it brings up — “Nobody on the road, nobody on the beach, I can feel it in the air, summer’s out of reach…” — undeniably describe the end of summer.  But still, it sounds like a summer song, and well, here it is, for better or worse:  “I can see you, your brown skin shining in the sun, you got that top pulled down and that radio on, baby, I can tell you my love for you will still be strong after the boys of summer have gone…”