“They call it stormy Monday, but Tuesday’s just as bad… Wednesday’s worse, and Thursday’s also sad…  The eagle flies on Friday, and Saturday I go out to play… Sunday I go to church, and I kneel down and pray…”  T-Bone Walker, 1947

I was heading out early on a recent gloomy Monday morning, and sure enough, the radio was playing the 1966 classic, “Monday, Monday, can’t trust that day…”

How appropriate, I muttered to myself.  And naturally, it occurred to me that “songs about days of the week” might make a decent topic for exploration on this blog. 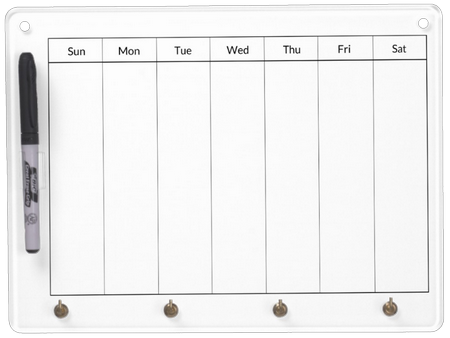 It should probably come as no surprise that there are more popular songs with lyrics and titles about Saturday and Sunday than all the other days combined.  Why not?  We love our weekends, after all.

Curiously, there don’t seem to be many songs about Friday.  Perhaps that’s because it’s both a workday and a weekend night, so the day is actually a bit schizophrenic.

It’s interesting to note that, according to my rudimentary research, it’s dreaded Monday that ranks third in pop song mentions.  Maybe it’s because we love to complain about the things we dislike almost as much as we love to celebrate the things we like.

And consequently, it makes sense that there are precious few songs about those nondescript days in midweek, Tuesday, Wednesday and Thursday.

For poor Wednesday, I could come up with only two — Simon and Garfunkel’s obscure 1964 ballad “Wednesday Morning 3AM” (which doesn’t even mention Wednesday in the lyrics), and a silly track sung by Seal called “Ashley Wednesday” from 2016’s tongue-in-cheek parody film “Popstar:  Never Stop Never Stopping.”

Thursday fared only a little better.  The Pet Shop Boys 12th album, 2013’s “Electric,” includes “Thursday,” which finds a young man eager to know if the girl he’s pursuing on Thursday will be sticking around through Sunday:  “Thursday, then Friday, it’s soon gonna be the weekend, let’s start it tonight, babe, stay with me for the

I identified a half-dozen tunes whose titles mention Tuesday:

Gone,” the seven-minute opus from Lynyrd Skynyrd’s 1973 debut;  “Tuesday Heartbreak,” a catchy funk tune on Stevie Wonder’s 1972 LP “Talking Book”;  “Everything’s Tuesday,” Chairmen of the Board (1970);  “Sweet Tuesday Morning,” an obscure album track from Badfinger’s “Straight Up” (1971);  and The Rolling Stones’ third #1 single, “Ruby Tuesday,” from their “Between the Buttons” album in early 1967.

Friday is represented in a big way by the 1967 Easybeats classic “Friday on My Mind,” which discusses how we bravely endure the work week as we look forward to

celebrating the arrival of the weekend each Friday:  “Monday morning feels so bad, everybody seems to nag me, comin’ Tuesday, I feel better, even my old man looks good, Wednesday just don’t go, Thursday goes too slow, I got Friday on my mind…”  Also worth noting are “Black Friday,” the leadoff track from Steely Dan’s excellent 1975 album “Katy Lied,” which touches on the day the stock market crashed in 1929;  “Friday,” an energetic Joe Jackson song from his influential “I’m the Man” LP (1978); and a spooky progressive rock track by Peter Gabriel-era Genesis called “Get ‘Em Out by Friday,” from their “Foxtrot” album (1972).  Lastly, “Friday I’m in Love,” one of two songs by The Cure to make it to the Top 20 on the US singles chart, celebrates the day when everything goes right:  “Monday you can fall apart, Tuesday, Wednesday, break my heart, oh, Thursday doesn’t even start, it’s Friday I’m in love, Saturday wait, and Sunday always comes too late, but Friday never hesitate…”

Pop songwriters have had little good to say about Mondays:

Papa John Phillips of The Mamas and The Papas came up with the “Monday, Monday” lyrics that permanently cursed Monday in pop culture:  “Every other day of the week is fine, fine, but whenever Monday comes, you’ll find me crying all of the time…”

The Bangles rode to success in 1986 on the strength of Prince’s song “Manic Monday,” which reminds us of the drudgery of another workday commute and how much fun Sunday was by comparison:  “It’s just another Manic Monday, I wish it was Sunday, that’s my fun day, my I-don’t-have-to-run day…”

Bob Geldof of The Boomtown Rats isn’t all that well known in the US, except for his pivotal role in organizing the Live Aid concerts in 1985, but he was a star in his native England, where his biggest hit was a 1979 chart-topper that went like this:  “Tell me why I Don’t Like Mondays, I want to shoot the whole day down…”

Lindsey Buckingham’s “Monday Morning” from the 1975 Fleetwood Mac LP starts out positively, saying “You look so fine,” but soon moans, “First you love me, then you fade away, I can’t go on believing this way…”

The songwriting team of Paul Williams and Roger Nichols had their first major success with “Rainy Days and Mondays,” a #2 hit for The Carpenters in 1971:  “What I’ve got they used to call the blues, nothing is really wrong, feeling like I don’t belong, walking around, some kind of lonely clown, rainy days and Mondays always get me down…”

Ahh, but Saturday!  Several dozen songs turned up in my search, a few with sad overtones but mostly praising the week’s best day/night. 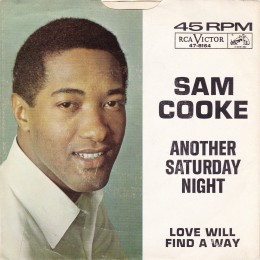 “Another Saturday Night,” a hit for Sam Cooke in 1963 and later Cat Stevens in 1974, finds the narrator alone: “How I wish I had someone to talk to, I’m in an awful way”;    The Eagles’ lament “Saturday Night” from their “Desperado” album asks, “Whatever happened to Saturday night, finding a sweetheart and holding her tight, she said ‘Tell me, oh tell me, was I all right?’  Whatever happened to Saturday night?”

Frank Sinatra comes right out with his bleak critique in the 1944 torch song “Saturday is the Loneliest Night of the Week.”

Robert Lamm of the venerable band Chicago spent a Saturday afternoon in Central Park, listening to the steel drums and singers, watching dancers and jugglers, and said, ‘Man, I’ve got to put music to this,” and he wrote “Saturday in the Park” — “People dancing,

people laughing, a man selling ice cream, singing Italian songs… and I’ve been waiting such a long time for Saturday…”

The Grateful Dead were arguably at their peak in 1972 when they released their outstanding 3-record live package, “Europe ’72,” which includes the rousing “One More Saturday Night”:  “The temperature keeps rising, everybody getting high, come the rockin’ stroke of midnight, the whole place gonna fly, oh hey, one more Saturday night…”

Good ol’ boy Charlie Daniels, God love him, came up with “Saturday Night Down South,” a soothing beauty from 1989 in which he paints a serene picture of how the weekend night can also be delightful when it’s mellow and slow-paced:  “Full moon shining through the long-leaf pines, fireflies playing in the honeysuckle vine, everybody’s groovin’, everything’s just fine, ’cause it’s Saturday night down south…”

In 1973, as they collaborated on the songs for the landmark “Goodbye Yellow Brick Road” LP, Elton John and Bernie Taupin came up with “Saturday Night’s Alright for Fighting,” which says it’s okay now and then to get involved in a few dust-ups on a weekend night: “Don’t give me none of your aggravation, I’ve had it with your discipline, Saturday night’s alright for fighting, get a little action in…”

The tragic story of multi-talented Nick Drake, who died a young troubled man in 1974, includes the poignant “Saturday Sun,” from his 1969 debut LP, “Five Leaves Left”:  “Saturday sun came early one morning in a sky so clear and blue, Saturday sun came without warning, so no one knew what to do…”

Southern rockers Lynyrd Skynyrd turned Saturday night into a chilling tale of murder in their 1974 song “Saturday Night Special,” referring also to the gun he uses to commit his foul deeds:  “Mister Saturday night special, got a barrel that’s blue and cold, ain’t good for nothing buy to put a man six feet in the hole…”

The great Brill Building songwriting team of Barry Mann & Cynthia Weill came up with the endearing “Saturday Night at the Movies,” a #18 hit for The Drifters in 1964 (#3 in England):  “Saturday night at the movies, who cares what picture you see, when you’re hugging with your baby in the last row of the balcony?…”

Bono and U2, always fiercely Irish, made an emphatic statement in 1983’s “Sunday Bloody Sunday” about the January 1972 Sunday afternoon killing of unarmed protesters by British soldiers in the early ’70s.  But it’s really a cry out against violence and unrest everywhere:  “Mothers, children, brothers, sisters, torn apart, Sunday, bloody Sunday, how long?  How long must we sing this song?…”

Carole King and soon-to-be-ex-husband Gerry Goffin wrote “Pleasant Valley Sunday,” a critical look at the monotony of suburban life,  just as their marriage and songwriting

team were falling apart, and The Monkees made it a big #4 hit in 1967:  “Another pleasant valley Sunday, charcoal burning everywhere, rows of houses that are all the same, and no one seems to care…”

Kris Kristofferson, songwriter extraordinaire, came up with “Sunday Morning Coming Down,” a gem about dealing with the hangovers and regrets of Sunday following the excesses of Saturday.  He and Johnny Cash each recorded it, and they performed it together part of The Highwaymen:  “Well I woke up Sunday morning with no way to hold my head that didn’t hurt, and the beer I had for breakfast wasn’t bad, so I had one more, for dessert…  And there’s nothing short of dying, half as lonesome as the sound, on the sleeping city sidewalks, Sunday morning coming down…”

When the relationship doesn’t work out and you wake up Sunday morning on your own, The Doobie Brothers’ “Another Park, Another Sunday,” from 1974’s “What Were Once Vices Are Now Habits” should help ease the pain:  “My car is empty and the radio just seems to bring me down, I’m just trying to find myself, a pretty smile I can get into, it’s true, I’m lost without you, another lonely park, another Sunday, it’s dark and empty, thanks to you…”

“Sunday Will Never Be the Same” is a classic bit of vocal bubblegum pop from Elaine “Spanky” McFarlane and Our Gang in 1967:  “I remember Sunday morning, I would meet him at the park, we’d walk together hand in hand ’til it was almost dark, now I wake up Sunday morning, walk along the lane to find, nobody waiting fort me, Sunday’s just another day…”

Blondie’s song “Sunday Girl,” from their 1978 hit album “Parallel Lines,” describes an elusive girl who wants to join the fun but has doubts and reservations:  “I know a girl from a lonely street, cold as ice cream but still as sweet, dry your eyes, Sunday girl, hey, I saw your guy with a different girl, looks like he’s in another world, run and hide, Sunday girl…”

Paul McCartney’s solo career is full of joyous anthems and embarrassing filler, but there are also beautiful sleepers like “Heaven on a Sunday,” a lovely piece from 1997’s “Flaming Pie”:  “Peaceful, like heaven on a Sunday, wishful, not thinking what to do, we’ve been calling it love, but it’s a dream we’re going through, and if I only had one love, yours would be the one I choose…”