I have an ever-growing list of topics I’ve been wanting to write about at Hack’s Back Pages, one of which is Canadian Rock.  Our neighbors to the north have produced some very fine musical artists over the years, some of whom are near 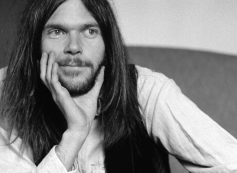 and dear to me.  Joni Mitchell is by far my favorite, followed by The Guess Who, Neil Young, Gordon Lightfoot and Leonard Cohen.  There are others who have also broken into the U.S. market (Rush, The Band, Bryan Adams, among others), but there are also many dozens that are very popular in Canada but unknown here.

An event happened there last week that has moved me to address the subject this week, and I’ve decided to essentially turn over the column to a Canadian friend who has a much keener insight into the matter.

Paul Vayda, who I’ve known since we were seven, is a drummer and rock music enthusiast who has lived in Canada since 1970.  He may have been born in the States, but he has dual citizenship, and knows a great deal about the Canadian

rock music scene from coast to coast, from British Columbia to the Maritimes.  He wrote me the other day in the wake of the death of a national Canadian hero named Gord Downie, the singer of a wildly popular band there called The Tragically Hip, and the issue Paul brings up is both timely and fascinating.  I hope you enjoy it.

I have been thinking about this phenomenon lately:  Why is it that sometimes a nation’s border seems to stop music from penetrating?

I can understand why music is more popular in one place or another, like country music in a more rural setting, or glam rock in a big city.  And of course, a different language and culture might understandably be an impediment to another country’s music being absorbed by American audiences.

However, Canadians and Americans speak the same language, watch the same TV, the same movies, essentially the same sports.  For the most part, we share the same rock music roots as well.  Maybe Canadian audiences are less spiritual and Motown, and more Celtic and maritime, but we love the blues and folk music as much as Americans do, and we have all listened to the same great supergroups from across the pond — The Beatles, The Stones, Elton John, U2, Pink Floyd, and so on.

So why is it that only a relative few Canadian rock artists have found success with American audiences and radio listeners?

Everyone in the States knows Neil Young, and Rush, and Joni Mitchell, and The Guess Who, and Leonard Cohen, and The Band, and Gordon Lightfoot, and Bachman-Turner Overdrive.

Many US listeners have heard of Bryan Adams, and Loverboy, and Alanis Morrisette, and Bare Naked Ladies, and Arcade Fire.

And some Yanks may be in the know about Saga, and Jann Arden, and Crash Test Dummies, and Kate & Anne McGarrigle, and Men Without Hats, and Cowboy Junkies.

But I’m at a loss to explain why Americans don’t know anything about the many bands that are huge in Canada but can’t seem to make a dent in the US.  Why don’t they know and love The Tragically Hip??  Chilliwack?  Triumph?  Our Lady Peace?  I Mother Earth?  Lighthouse?  The Nylons?  Crowbar?  April Wine?  Big Sugar?  The Stampeders?  Matthew Good Band?  Sam Roberts?  Metric?

Maybe it’s just luck that some Canadian artists got airplay south of the border.  Maybe they had a savvy, hard-working manager.  I really don’t know.  (By the way, the same holds true for rock music artists in general — since the birth of rock and roll, it’s often a mystery why one band makes it big while another more worthy one doesn’t.  But I digress…)

By far the most glaring example of a Canadian group that should have been accepted in the US long ago is The Tragically Hip.  This band from Kingston, Ontario, spent a few years in there mid-’80s honing their chops at small venues around Ontario, then emerged on MCA Records in 1989 with “Up to Here,” an album full of terrific blues-based 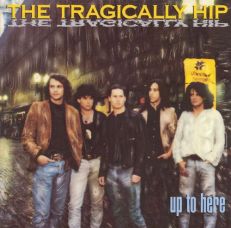 The Hip, as we called them, evolved into Canada’s unofficial house band.  They were like our secret handshake.  They were polite, but sang deeply political songs — songs about Canada, its history, its struggles.  Songs like “At the Hundredth Meridian,” or “Wheat Kings,” or “Ahead By a Century,” or “Courage,” or “Bobcaygeon” (go look it up).  The BBC called them “the most Canadian band in the world,” and they were correct.

The Hip is our most celebrated group.  They won 12 Junos (Canada’s version of the Grammys).  Between 1989 and 2016, they racked up 12 Top Five albums on the Canadian

charts, nine of which reached #1.  They charted 34 singles, 14 of which made our Top 20, including two #1s.  They earned the unconditional love of a nation.  They were our Bruce Springsteen — a garage band that started in high school with a few fans, and grew to be truly legendary.

Gord Downie was a showman like The Boss.  As a friend of the Native people, he was christened Wicapi Omani, which means “man who walks among the stars.”  He was modest.  He rode his bike to concerts; no limos for him.  He would bring coffee for his interviewers.

In 2015, he was diagnosed with inoperable brain cancer.  In 2016, The Tragically Hip did a farewell tour, culminating in a final show in Kingston that was simulcast live across the country.  Twenty million Canadians, including Prime Minister Justin Trudeau, watched and cried as Gord sang favorites from The Hip’s repertoire one last time.

On October 17, Downie died, and the country reeled with grief.  People even suggested there should be a state funeral for him.

Dear Rest of the World:

You’re probably looking at Canada (if you look at us at all) and wondering how an entire nation can be consumed by grief over the death of a singer.  A rock singer, no less. 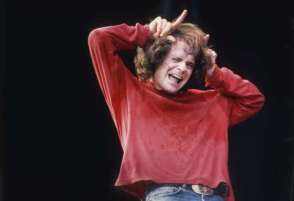 “Seriously, Canada?  And even your Prime Minister was crying?  And now some people are talking about a state funeral for this guy?  What’s up with that?

First, we’re not ashamed about any of this.  You see, The Hip was Canada’s house band and their front man was our de facto poet laureate.  To put it another way, if there was a World Cup of Rock, Canada would send The Tragically Hip.

Second, The Hop taught us about ourselves.  Good and the band were unabashedly Canadian without being jingoistic or wrapping themselves in the flag.  How many people leaned of Hugh MacLennan or David Milgaard through Hip lyrics?  How many people across the country were sent to atlases to locate Bobcaygeon or Algonquin Park?  And then there were all the hockey stories:  Bill Barilko, references to the 1972 Canada-Russia series.

If there in’t already an undergraduate course that teaches Canadian history, politics, geography and sociology using the lyrics of The Tragically Hip, it’s just a matter of time.

Third, we learned to appreciate Gord’s often obtuse and opaque lyrics.  They stood up to repeated listening, often revealing new layers each time.  His writings (including his sundry non-music poetry) are worthy of study the same way we look at the works of Leonard Cohen, Michael Ondaatje and Al Purdy, one of Gord’s heroes.

But hey, Rest of the World, you did have a chance — multiple chances! — to get in on this action.  But for some reason, you chose not to.  (You people in U.S. border towns, and some folks in Western Europe and Australia, are exempt.  You know who you are.)

After a couple of failed attempts to break into the American market that were thwarted by records company politics, bad luck and other things beyond the band’s control, The Hip retrenched and super-served their domestic fan base, who responded with even more devotion. 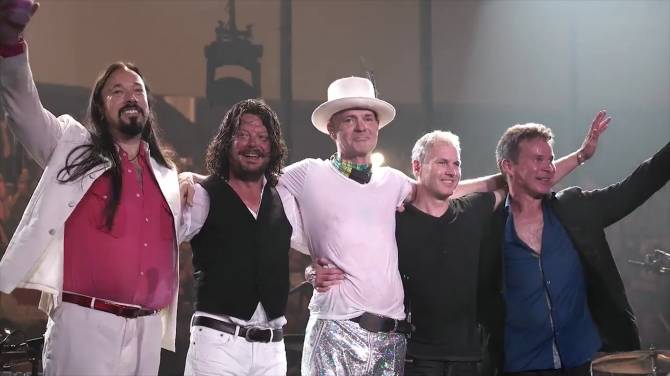 In fact, it was perhaps because they couldn’t break it big in America that we embraced them even more.  You didn’t want ’em, so we hung on even tighter.  They were ours.

They sold millions of albums and hundreds of thousands of concert tickets from coast to coast.  We travelled from gig to gig, often outnumbering the locals when The Hip played U.S. cities and were stunned more of you didn’t attend.  Couldn’t you see what you were missing?

But unless you’re Canadian, you probably wouldn’t understand.

The Hip actually did try to reach an American audience by playing gigs in border cities like Detroit and Buffalo.  But as it turned out, most of the attendees at those shows were Canadians who had been shut out of sold-out concerts at Canadian venues.  And The Hip 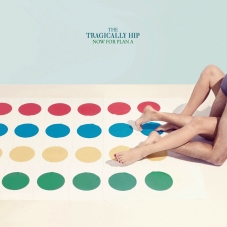 In any event, there has been some great music played by Canadians not named Celine Dion.  Maybe your understanding of rock music and Canada will suggest an explanation of this “border wall phenomenon.”  Maybe Gord Downie’s death can be a catalyst to introduce one of our greatest rock groups to the American audience, and to whet their appetite to check out more.  Listen to their music, and if you do figure out why Americans never got hip to The Hip, by all means, let me know.