This entry concludes my series of four posts examining some of the great songs of the pop music culture celebrating the four seasons.  At this time of the winter solstice, we take a look at songs of winter.

Spring has its songs of optimism and rebirth; summer serves up tunes about lazy days of fun in the sun; autumn provides music of dazzling colors and shifting emotions.

But winter… The songs that describe the cold, cruel months of winter seem to be riddled 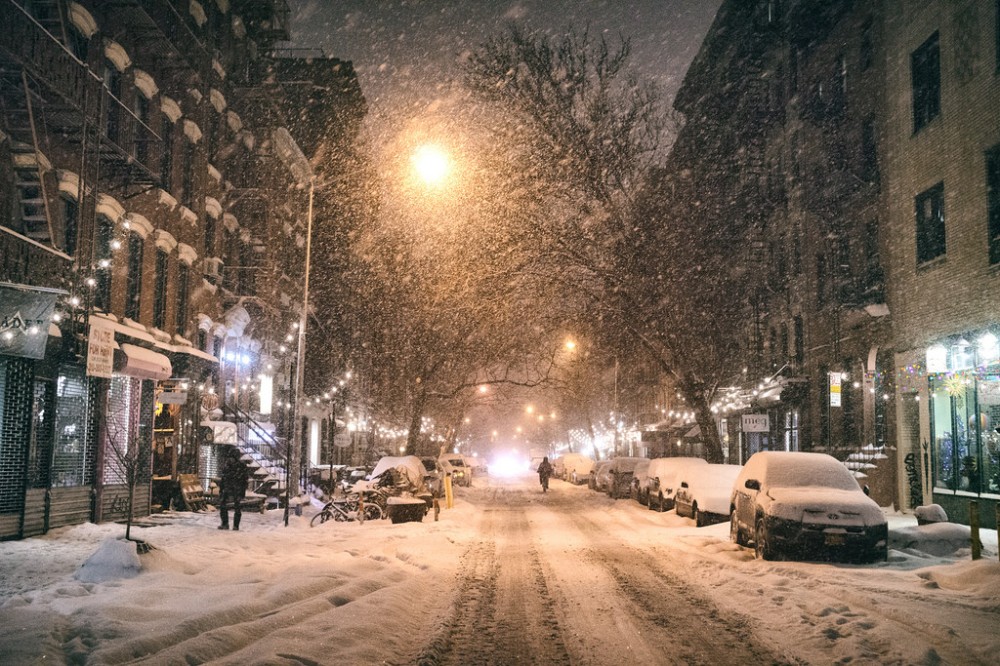 with loneliness and angst, sadness and death.  The songs about winter, for the most part, are telling us that it’s a period to be not enjoyed but endured.  It’s the polar opposite of summer (pun intended), and lyricists have been keen to point that out.

When Joe Walsh was honing his chops in 1969 in Cleveland as guitarist of The James Gang, he wrote a splendid little song called “Collage” for the group’s “Yer Album” LP.  It included this devastating line comparing winter and summer:  “Wintertime is a razor blade that the devil made, it’s the price we pay for the summertime…”

In 1973, when Bruce Springsteen was still a struggling Jersey boy, writing and recording demos of dozens of songs that ended up unreleased, he came up with an extraordinary, quiet dirge called “Winter Song” (available on YouTube), with this brutal chorus:  “Summer’s sweet, and she brings me water, but give me Winter, that old icy whore, while Summer lies meek and follows orders, Winter says “me” and pulls me through the door…” 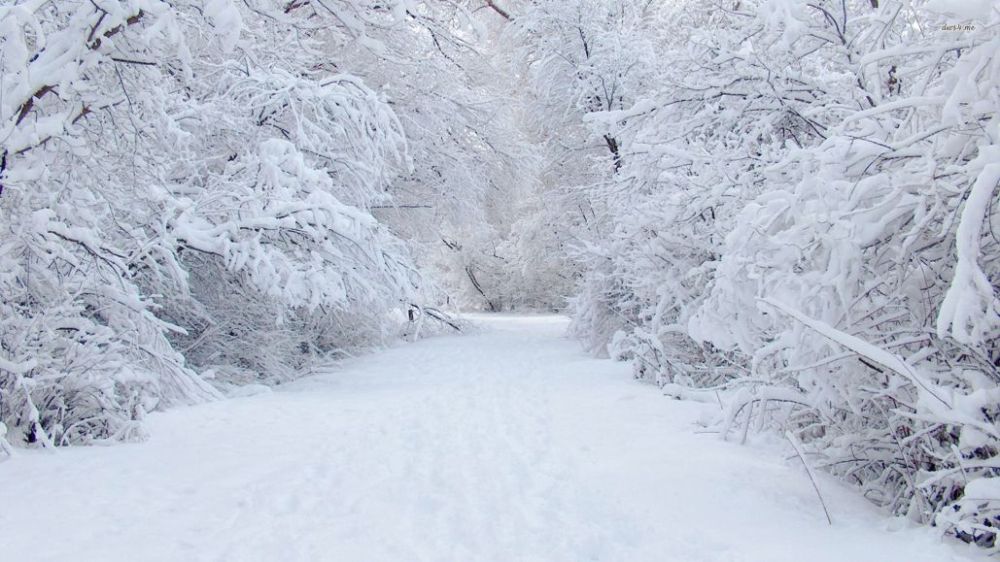 I’ve sifted through many dozens of songs about cold weather and surviving the winter months.  (The first song that came to my mind as I started this search was Foreigner’s 1977 hit “Cold as Ice,” but its lyrics are not about winter or cold weather — it’s really about an ice-in-her-veins woman who cruelly leaves her lovers and “will someday pay the price.”)

In any event, I’ve come up with a setlist of 15 tunes that offer a pretty decent smorgasbord of styles, artists and moods.   Feel free to follow along on the Spotify list below as we explore these recordings.  Enjoy!

Many of the songs with winter imagery feature lyrics that focus on loneliness, breakups, loss and death, and this track by Sting is a good example.  As he was composing material in 1995 for his next album, his marriage was ending, which naturally became a dominant motif for his lyrics in that period, and the music in this particular song sounds haunting, even harrowing:  “Mercury falling, I rise from my bed, collect my thoughts together, I have to hold my head, it seems that she’s gone, and somehow I am pinned by the hounds of winter, howling in the wind…” 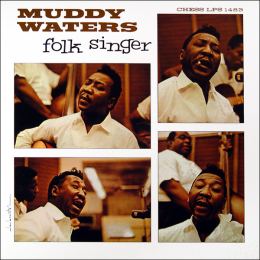 Born McKinley Morganfield, the legendary Chicago bluesman better known as Muddy Waters began making records as early as 1941.  Most of the many singles he cut in the ’40s and ’50s showcased his original songs as performed on electric guitar.  In 1964, once his label started concentrating on albums, he recorded “Folk Singer,” which featured Waters on acoustic guitar instead.  This impressive track firmly states his preference for the warmer climes of his youth over the bitter cold of Chicago winters:  “Well, I’m going back down south where the weather suits my clothes… So cold up north, the birds can’t hardly fly, I’m going back south, and let this winter pass on by…”

Miller was riding the crest of a commercial wave in 1977 when he released “Book of Dreams” following the successes of “The Joker” (1973) and “Fly Like an Eagle” (1976).  He had developed a knack for taking famous riffs or lyrics from other artists’ songs, tweaking them a bit, and making them his own.  In “Winter Time,” he lifted the opening line from The Mamas and Papas hit “California Dreamin'” — “All the leaves are brown” — and inserted it in the first verse.  It worked because it slides by almost unnoticed:  “In the winter time, when all the leaves are brown, and the wind blows so chill, and the birds have all flown for the summer, I’m calling, hear me calling…”

This track was typical of the fanciful material the group recorded in the first few albums they recorded following the departure of enigmatic leader Peter Gabriel in 1975.  On “And Then There Were Three” (a reference to the recent exit of guitarist Steve Hackett), guitarist Mike Rutherford wrote this quirky yet compelling song that examines the rather existential life of a snowman, built by children for a few hours of fun, and then either torn down or left to sadly melt in the sun:  “Here in a ball that they made from the snow on the ground, see it rolling away, wild eyes to the sky, they’ll never never know, hey, what a snowman, pray for the snowman, ooh what a snowman, they say a snow year’s a good year filled with the love of all who lie so deep…”

Steve Katz, BS&T’s original guitarist and a former member of The Blues Project, wrote this wistful piece that captures the angst of a past relationship, and the still of a solitary walk on a cold night (“Sometimes in winter, I gaze into the street and walk through snow and city sleet behind your room…”).  It’s a deep track from the Grammy-winning Album of the Year (1969) that spawned three hits (“You’ve Made Me So Very Happy,” “Spinning Wheel” and “And When I Die”) and sold seven million copies. 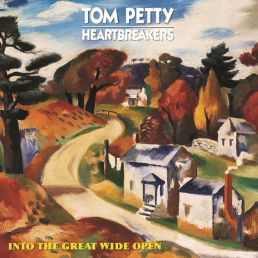 From the Heartbreakers “Into the Great Wide Open” LP that followed Petty’s solo smash “Full Moon Fever,” this song was one of several of that album’s tracks to receive radio attention, especially in L.A., which Petty found amusing, given the lack of cold weather there.  The lyrics give both literal and figurative references to how a broken relationship has left him on the outside feeling alone:  “I’m standing in a doorway, I’m out walking ’round, hands in my pockets, I’m out in the cold, body and soul, there’s nowhere to go…”

Barely two minutes long, this unusual little waltz from The Doors’ third LP, “Waiting For the Sun,” shows the group attempting something outside their comfort zone and almost pulling it off.  Carried by Ray Manzarek’s trademark organ and Jim Morrison’s surprisingly delicate vocals, this track amounts to a love song to the singer’s wintertime lover, and although they probably could’ve improved on it with a few more takes, it holds a certain charm.

Originally a Greenwich Village folk singer next to Joan Baez and Tom Paxton, Collins evolved to include a diverse palette of genres in her repertoire, and she emerged as a fine songwriter in her own right.  Her peak period (1966-1976) long past, she surprised everyone in 1990 with a stunning LP, “Fires of Eden,” which includes the seven-minute story-song “The Blizzard,” which tells the tale of a woman driving alone through the Colorado mountains and having to wait out a snowstorm at a lonely diner with two strangers.  A gorgeous piano melody, coupled with Collins’s magnificent voice, transports the listener to the roadside diner in the mountains.

On their celebrated comeback album “Crest of a Knave,” Ian Anderson and the boys came up with some particularly strong songs that recalled the band’s peak ’70s period.  Anderson offered a couple of tracks with lyrics that addressed social issues like the environment (“Farm on the Freeway”) and political corruption (“Dogs in the Midwinter”).  The latter draws an analogy between the daily battles we face to get by in a tough world and the desperate nature of wild dogs trying to survive another winter:  “The boss man and the tax man and the moneylenders growl, like dogs in the midwinter, the weaker of the herd can feel their eyes and hear them howl, like dogs in the midwinter…”

As rock and roll was evolving into rock in the late ’60s, bands were beginning to stretch out, taking what had been three-minute pieces and making them into groove jams that went on for six, eight, ten minutes.  Grand Funk was one of these groups, led by guitartist/singer Mark Farner, and this deep track from their “Grand Funk” LP (known as “The Red Album”) sounds like a prototype for grunge bands like Pearl Jam:  “Cold is the snow that will cover the ground, I feel the presence of tears falling down… Winter brings sadness that empties my soul, life is too short for a dog growing old…” 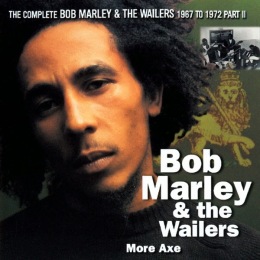 Long before Marley became the international ambassador of reggae music, he was merely a struggling musician in the ghettos of Jamaica, eager to write songs and play with any group who would have him.  One of those was an early version of The Wailers with Bunny Wailer and Peter Tosh, who also did many dozens of collaborative recordings in the late 1960s with The Upsetters from another record label.  Many of these were shelved and never saw the light of day until the 1998-2002 period, twenty years after Marley’s death, when “The Complete Bob Marley” series of Box Sets was released.  Hidden in Part 2, Volume 6 is “Long, Long Winter,” a lament about a lady’s departure as the winter months are beginning:  “That girl is gone from me, left my heart in misery, it’s gonna be a long long winter for me, a long long winter, you’ll see…” 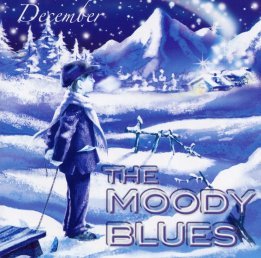 The marvelous Moodies, about to finally be tardily inducted into the Rock and Roll Hall of Fame this winter, have a stellar catalog of albums from the ’60s, ’70s and ’80s but not much since.  Their last work, the 2003 LP “December,” is a Christmas-themed album that includes a few originals among holiday standards.  The best of the bunch is Justin Hayward’s “December Snow,” a lovely track that combines languid guitar solos, dominant piano and Hayward’s smooth voice into a typical Moodies sound. 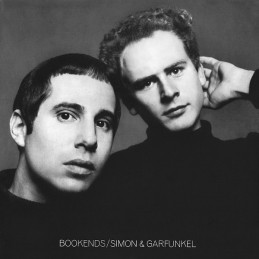 Famous for his uncannily descriptive lyrics, even in his early years, Simon came up with this catchy, upbeat tune that pinpoints the restless feelings of discontent that comes on a grey winter day when it feels like it’s about to snow:  “Look around, leaves are brown, and the sky is a hazy shade of winter…  Ah, seasons change with the scenery, weaving time in a tapestry, won’t you stop and remember me…”  Simon and Garfunkel’s version peaked at #13 and eventually appeared on their “Bookends” LP in 1968.  Younger listeners may be more familiar with the cover by The Bangles, which reached #2 in 1987. 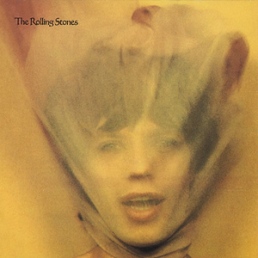 Following the spectacular four-album run of “Beggar’s Banquet,” “Let It Bleed,” “Stickly Fingers” and “Exile on Main Street,” the Stones were due for a dry patch, and Goat’s Head Soup” was certainly a lesser work than its predecessors.  But there are a few great tracks, including this slow, emotional song that builds into a full production with a fine vocal performance from Mick Jagger.  It’s really about how the singer has somehow survived a tough winter:  “And it’s sure been a cold, cold winter, and the wind ain’t seen blowin’ from the south, it’s sure been a cold, cold winter, and a lot of love is all burned out, and it’s sure been a hard, hard winter, my feet been dragging ‘cross the ground…” 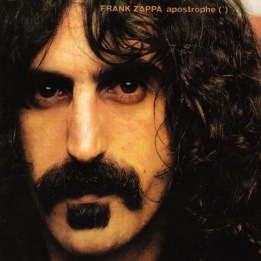 Zappa was America’s most trailblazing iconoclast, a fiercely independent dude whose repertoire — with his band, The Mothers of Invention, and on his solo albums — broke rules, smashed barriers and tested taboos in both music and lyrics.  On “Apostrophe,” his highest-charting album (#10) during a brief period of commercial success, he offered a bizarrely amusing four-song suite based on a dream he had in which he was an Eskimo named Nanook.  The first part includes a warning from his mother:  “Watch out where the huskies go, don’t you eat that yellow snow…”