There are plenty of examples of songs with lyrics we “mis-hear” — we think they’re singing A when in fact they’re singing B — but I’m talking about lyrics that include words we simply don’t recognize.  They’re unusual, esoteric, rare, maybe even made-up.  But they’re right there in the chorus of a #1 song, so we just go along with them.

Artists didn’t start including lyrics on the album sleeve until the late ’60s/early ’70s, and many bands simply couldn’t be bothered, or wouldn’t pay the fee required to reprint them.  So we simply weren’t sure what we were hearing.  And there was no Internet to check to find out exactly what the words were.

Today, readers, we’re going to solve some age-old questions.  We’re going to provide definitions for words you’ve been singing since you were 12 but never really wrapped your head around.  Until now.

From Carly Simon’s huge hit “You’re So Vain” in 1972, this line perfectly describes the behavior of the vain egotist who is far more interested in how he (or she) looks than in anyone or anything around him (or her).  But what of this term “gavotte”?  It’s a French word for a flamboyant folk dance, wherein the dancer holds one hand aloft with the other on the hip in a very showy display that aptly suits the “it’s all about me” attitude of the vainglorious person described in the song.  (And by the way, who is the song about?  For many years, Simon steadfastly refused to say, but recently admitted that the second verse is about her dalliance with actor Warren Beatty.  The rest, she says, is a composite of several other egotists she knew.)

“On a dark desert highway, cool wind in my hair, warm smell of colitas rising up through the air…”

When Don Henley was fashioning the lyrics to Don Felder’s melody that became their 1977 signature song “Hotel California,” he chose to employ “colitas,” a term he’d heard a couple of Latino road crew members using.  Not to be confused with the intestinal disorder colitis, the word was at first thought to be some sort of desert flower, and Henley liked the way the word sounded rolling off his tongue.  But he liked it even more when he realized it was a Mexican word meaning “little buds” — specifically, small buds from marijuana plants.  In a song that summarized the hedonistic sex-and-drugs lifestyle of Los Angeles in the late ’70s, it was a clever inside joke.

“You consider me a young apprentice, caught between the Scylla and Charybdis…” 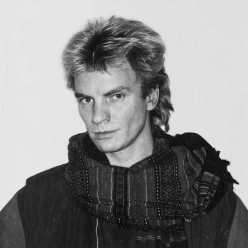 These terms are found in Greek mythology to describe two infamous sea monsters that lurked on either side of a stormy channel, creating a perilous route for ships.  Sting, The Police’s chief songwriter, is a big fan of The Classics, and he thought himself rather clever to insert a little ancient terminology into his modern rock lyrics, in this case “Wrapped Around Your Finger,” from the band’s “Synchronicity” album.  To be caught between Scylla and Charybdis was, essentially, like being stuck between a rock and a hard place.

“He just smiled and gave me a Vegemite sandwich, and he said, I come from a land down under, where beer does flow and men chunder…”

I always thought “vegemite” was just a word manufactured by Men At Work songwriter Colin Hay for a verse of his band’s 1983 #1 hit “Down Under.”  But no, vegemite is a real thing, at least in Australia.  It’s a sort of edible paste (think liver paté) made of brewers yeast, vegetables, wheat, and spices.  Aussies regularly slather it on toast, hide it in pastries, or make whole sandwiches out of it.  Sounds vile to me, but it’s quite popular there.  It’s not a term you’re likely to hear in the States anytime soon… “Chunder,” on the other hand, is a fabulous verb you’d think the college fraternity crowd would have adopted by now.  It’s a synonym for throwing up.

Who, or what, is Scaramouche?  No one seemed to know when Queen released the amazing “Bohemian Rhapsody” on its “A Night at the Opera” album in 1975.  Devotees of Italian opera and comedic theater knew very well, but your average rock ‘n roller didn’t have a clue.  Scaramouche, as it turns out, was a fictional clown character often seen in “Punch and Judy” puppet theater, a simple-minded fop who would be socked in the face or beheaded for his idiotic comments.  Songwriter Freddie Mercury said he chose to include the name in the song because he liked the way it sounded — memorable and bombastic.  (And “fandango,” by the way, is a lively Spanish dance involving castanets and tambourine.)

“If there’s a bustle in your hedgerow, don’t be alarmed now…”

Americans were puzzled by this phrase in Led Zeppelin’s 1971 anthem “Stairway to Heaven,” but Brits caught on quickly enough.  Hedgerows are, literally, rows of hedges that were planted intentionally across the English countryside as property borders and, in times of war, as natural barricades to deter advancing armies.  Therefore, if there’s a bustle (a commotion) in your hedgerow, well, you’d best be careful, for it might be an enemy soldier or some sort of angry animal.  On the other hand, perhaps it’s just what lyricist Robert Plant said — a servant doing a “spring clean for the May Queen.”

“Oleanders growing outside her door, soon they’re gonna be in bloom up in Annandale…” 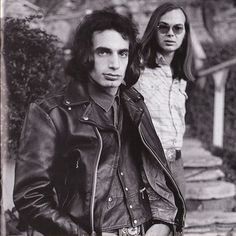 Steely Dan was notorious for obscure lyrical references, and “oleanders” from the 1973 classic “My Old School” is but one example.  It’s a pretty but toxic flowering plant often used in median strips of highways in the American Southwest because of its hardiness and vivid colors.  Annandale is a community in New Jersey outside New York City where oleanders aren’t likely to grow or flourish, so songwriters Donald Fagen and Walter Becker put them there as a sort of absurd contradiction.

When art rocker Peter Gabriel hit his commercial peak in 1986 with his “So” album and worldwide #1 hit “Sledgehammer,” his lyrics were full of double entendres with subtle sexual references.  This lyric is clearly among his most blatant:  “Fruitcage” is, in fact, British slang for female private parts.  So now you know.  And you’ve probably figured out what he means by “sledgehammer” now as well…

The Beatles — specifically John Lennon — loved to use arcane, vague vocabulary that

added mystique and left his songs open to interpretation.  Here are four examples of several he used in his most inventive work.

“Semolina” are the hard grains left over after the milling of flour.  “Pilchard” is a small, oily herring fish.  In his mostly nonsensical “I Am the Walrus,” Lennon was deliberately writing lyrics that would baffle all the pundits who were trying to find hidden meanings in Beatles songs.  He paired “semolina” and “pilchard” together for no reason other than they sounded interesting to him — although he added years later that “pilchard” is close to “Pilcher,” or Det. Sgt. Normal Pilcher, the London drug cop who zealously slapped drug possession charges on rock stars (including Lennon) in the ’60s.

“Plasticine,” invented in England in the 1890s, is a type of modeling clay made of calcium salts, petroleum jelly and acids, meant for use by artists who needed their material to stay malleable so they could reshape and reuse it when necessary.  It’s known best in the U.S. as the medium used in stop-motion animation (“claymation”) projects.  Lennon liked it for use in “Lucy in the Sky With Diamonds” as an adjective describing what some people might look like to an LSD user.

“Over men and horses, hoops and garters, lastly through a hogshead of real fire…”

A “hogshead” is not a hog’s head at all, but a unit of measure, typically for liquids like wine or distilled spirits but also for food commodities like sugar.  It’s about the size of a large pickle barrel and equals roughly 80 gallons.  In the 1967 “Sgt. Pepper” tune “Being For the Benefit of Mr. Kite,” it referred to the size of the barrel ring of fire someone might jump through in a feat of derring-do.

“Hobnail” is a fastener that was used among cobblers in the design of workboots for the military and farm laborers.  It holds the sole firmly to the shoe and provides traction in uneven soil.  Why “the man in the crowd” in the 1968 song “Happiness is a Warm Gun” might attach multicolored mirrors to his hobnail boots is another matter.  Lennon said he and his schoolmates would sometimes put mirrors on their shoes so they could look up the skirts of unsuspecting females.

“Some people call me Maurice, ’cause I speak of the pompatus of love…”

Steve Miller has made a career of lifting musical and lyrical passages from other songs, claiming “artistic license” to keep the copyright lawyers at bay.  For the #1 hit “The Joker” from 1973, Miller used “pompatus” (also spelled “pompitous”) from an old ’50s tune by Vernon Green called “The Letter” (no relation to the #1 Box Tops/Joe Cocker hit from 1967/1970), which includes these lines:  “Oh my darling, let me whisper sweet words of pizmotality and discuss the puppetutes of love.”  Let’s ignore “pizmotality” for now, and focus on how Green has said he coined the term “puppetutes,” meaning “a secret paper-doll fantasy girl who would be my everything and bear my children.”  Apparently Miller mis-heard “puppetutes” as “pompatus,” and it has since become a minor pop culture reference — there’s even a 1996 Jon Cryer movie called “The Pompatus of Love.”

Do you recall any other strange terms used in hit songs that you’ve never quite understood?  Let me know about them, and I’ll see if I can ferret out the hidden meaning behind them.  Although some may have no meaning at all:  Anyone care to take a stab at “Wop-bop-a-loo-bop, a-lop-bam-boom“?