“I got a letterman’s sweater with a letter in front I got for football and track, I‘m proud to wear it now, when I cruise around the other parts of the town, I got a decal in back, so be true to your school now…”  — “Be True to Your School,” The Beach Boys, 1963

“We don’t need no education, we don’t need no thought control, no dark sarcasm in the classroom, teacher! Leave them kids alone!…” — “Another Brick in the Wall,” Pink Floyd, 1979 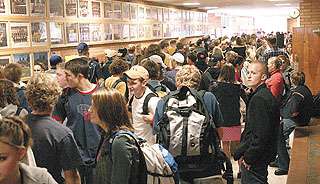 After love and romance, and cars and driving, few subjects have been covered more often in rock music lyrics than the pros and cons of the high school experience.

Early on, it was the universal feelings of Chuck Berry’s “School Days” and the carefree fun of Jerry Lee Lewis’s “High School Confidential.”  That evolved into the infatuations and crushes of Lulu’s “To Sir With Love” and Elton John’s “Teacher I Need You.”  Later came the more lustful emotions of Van Halen’s “Hot for Teacher” and the rules-breaking of Brownsville Station’s “Smoking in the Boys Room.”  There was even the militant rebellion of The Replacements’ “F–k School.”

Some tunes that focus on other subjects still manage to make observations about school.  Take Paul Simon’s 1973 hit “Kodachrome”:  “When I think back on all the crap I learned in high school, it’s a wonder I can think at all…”  In 1984, Bruce Springsteen’s “No Surrender,” about not breaking promises and not giving up, included this line:  “We busted out of class, had to get away from those fools, we learned more from a three-minute record than we ever learned in school…”  Reminiscing about childhood in general brought out this school memory in Stevie Wonder’s 1977 hit “I Wish”: “Smokin’ cigarettes and writing something nasty on the wall, teacher sends you to the principal’s office down the hall, you grow up and learn that kinda thing ain’t right, but while you were doing it, it sure felt outta sight…”

They’re still writing great tunes about school in the new millennium.  Check out John Mayer’s 2001 single, “No Such Thing”:   “I wanna run through the halls of my high school, I wanna scream at the top of my lungs, I just found out there’s no such thing as the real world, just a lie you’ve got to rise above, I just can’t wait til my ten-year reunion,
I’m gonna bust down the double doors…”

It’s been great fun sifting through the many dozens of rock tracks from the ’50s, ’60s, ’70s and ’80s that describe what it was like to deal with homework and exams, raging hormones and school rules, cute teachers and mean girls.  I’ve selected 15 tracks to highlight, plus a list of honorable mentions.  They’re all included on the Spotify playlist at the end.

Not surprisingly, it was rock pioneer Berry who was the first to have a hit song about high school.  (It’s interesting to note that Berry took the same music, wrote new lyrics about driving, and had another hit with “No Particular Place to Go” in 1964.)  “School Day” went on to become a featured number in the 1987 Chuck Berry biopic “Hail!  Hail!  Rock and Roll” as well:  “Up in the morning and out to school, the teacher is teaching the Golden Rule, American history and practical math, you study ’em hard and hopin’ to pass, workin’ your fingers right down to the bone, and the guy behind you won’t leave you alone…” 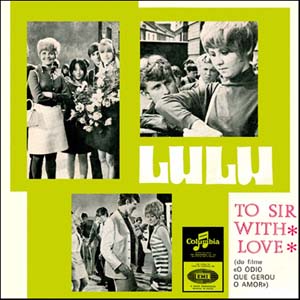 Sidney Poitier starred in the coming-of-age film about a black teacher assigned to a high school in a rough British neighborhood.  Singer/actress Lulu played the student who was infatuated with the handsome teacher, and the title song from the soundtrack reached #1 in the US in the autumn of 1967:  “Those schoolgirl days of telling tales and biting nails are gone, but in my mind, I know they will still live on and on, but how do you thank someone who has taken you from crayons to perfume?…”

British art rockers Supertramp kicked off their critically praised 1974 LP “Crime of the Century” with “School,” a great rock record that features intermittent sounds of school kids on the playground:  “I can see you in the morning when you go to school, don’t forget your books, you know you’ve got to learn the golden rule, teacher tells you, ‘Stop your play and get on with your work, and be like Johnnie-too-good’…” 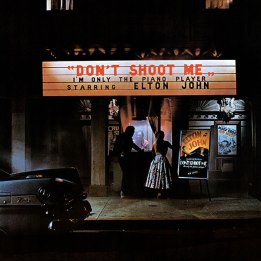 The #1 LP “Don’t Shoot Me, I’m Only the Piano Player” included several ’50s throwback songs such as “Crocodile Rock” and this tune with Bernie Taupin lyrics about a schoolboy’s infatuation with his pretty teacher:  “It’s a natural achievement, conquering my homework with her image pounding in my brain, she’s an inspiration for my graduation, and she helps to keep the classroom sane, oh teacher I need you like a little child, you got something in you to drive a schoolboy wild…” 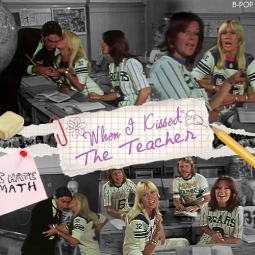 ABBA’s fourth LP “Arrival,” which included the international #1 smash “Dancing Queen,” also featured the amusing song “When I Kissed the Teacher,” about a schoolgirl’s crush on her good-looking instructor:   “All my friends at school, they had never seen the teacher blush, he looked like a fool, nearly petrified ’cause he was taken by surprise, when I kissed the teacher, couldn’t quite believe his eyes, when I kissed the teacher, my whole class went wild…” 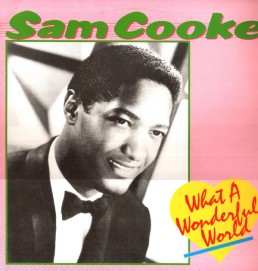 One of Tull’s earliest singles in England was 1970’s “Teacher,” which was omitted from the British version of the “Benefit” album that year but included on the US version.  The lyrics are concerned with a teacher of life lessons rather than a school teacher, but the song is a huge favorite of mine and simply had to be included here:  “I have a lesson that I must impart to you, it’s an old expression but I must insist it’s true, jump up, look around, find yourself some fun, no sense in sitting there hating everyone…” 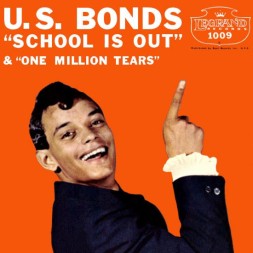 R&B singer Bonds had a huge #1 hit in 1961 with “Quarter to Three,” and then followed it up with the similar sounding “School is Out” later that year:  “No more books and studies, and I can stay out late with my buddies, I can do the things that I want to do, ’cause all my exams are through, I can root for the Yankees from the bleachers, and don’t have to worry ’bout teachers, I’m so glad that school is out…”

“I wanted to write a song about sexuality in the classroom,” said Sting about this tune, which covers mutual lust, guilt and consequences.  “I’d taught at secondary schools and been through the business of having 15-year-old girls fancying me – and me really fancying them!  How I ever kept my hands off them, I don’t know.”  The Police turned it into a ridiculously catchy #10 hit (#1 in England):  “Young teacher, the subject of schoolgirl fantasy… Sometimes it’s not so easy to be the teacher’s pet… Strong words in the staffroom, the accusations fly…”

Lewis wrote this dance tune expressly for the 1958 film of the same name, which was actually a crime drama about a young narcotics detective who goes undercover at a high school to break up a drug ring.  Lewis’s record reached #21 on US charts (#9 on country charts), and the tune was later covered by Sha Na Na, Brian Setzer and The Blasters, and in concert by Bruce Springsteen:  “We’re just a-movin’ and a-groovin’ at the high school hop, well, everybody boppin’, everybody’s hoppin’, boppin’ at the high school hop…”

In 1975, Ray Davies put together a delightful song cycle of Kinks pop tunes called “Schoolboys in Disgrace” in 1975, including tracks like “Education,” “Headmaster” and the marvelous “Schooldays.”  Davies’ lyrics painted a picture that showed both the pros and cons of life in school:  “Schooldays were the happiest days, though at the time they filled me with dismay, we only remember what we choose to remember, when I was a schoolboy I loathed regulations and rules, I hated my textbooks and my school uniform ’cause it made me conform, and teachers were always disobeyed, but I’d go back if I could only find a way…”

In this rollicking track from “Countdown to Ecstasy,” Donald Fagen and Walter Becker were actually writing about their unpleasant experiences in college rather than high school.  But the emotions are similar, and again, this is one of my favorite tracks of all time, so it made the list:  “I was smoking with the boys upstairs when I heard about the whole affair, I said ‘Whoa no, William and Mary won’t do,’ well I did not think the girl could be so cruel, and I’m never going back to my old school…”

Brit rocker Dave Edmunds had scored a Top 10 hit in 1970 with “I Hear You Knocking,” while Nick Lowe went Top 20 in the US in 1979 with “Cruel to Be Kind.”  They teamed up on the road and in the studio for a while as Rockpile, and released one LP, “Seconds of Pleasure,” in 1980, which included the minor hit “Teacher Teacher,” in which the student is hoping for some extracurricular learning:  “School’s out, bells’ll ring, now’s the time to teach me everything, teacher teacher, teach me love, I can’t learn it fast enough, teacher teacher, teach me more, I’ve got to learn to love for sure…” 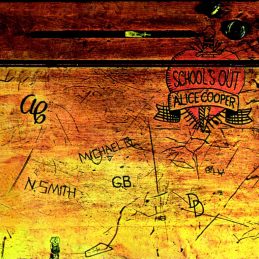 When Cooper was asked, “What’s the greatest three minutes of your life?”, he replied, “The last three minutes of the last day of school, when you’re sitting there and it’s like a slow fuse burning.  I thought, ‘If we can catch that three minutes in a song, it’s going to be so big.'”  Sure enough, “School’s Out” was #7 in the US and #1 in the UK in 1972 and has enjoyed classic rock airplay at the end of every school year ever since:  “School’s out for summer, school’s out forever, school’s been blown to pieces, no more pencils, no more books, no more teacher’s dirty looks, out for summer, out ’til fall, we may not go back at all…”