On our patio in the Pacific Palisades, we have a small fountain and pond that seem to attract a wide variety of feathered friends.  I’ve never been much of a bird watcher before, but now that I’m observing them often and in close proximity, it occurred to me that it was time for me to examine a selection of classic rock songs about birds.

I came up with about four dozen songs that focus on birds in general or specific types of birds, and my job was to whittle that list down to 15 for my blog post, and another dozen or so as “honorable mention” designees.  There’s a Spotify playlist at the end so you can listen as you read. 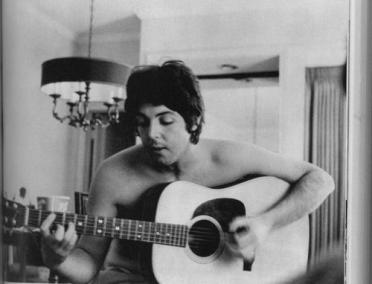 One of McCartney’s simplest melodies and prettiest acoustic guitar playing features lyrics with a serious yet uplifting message.  He said the words were inspired by his hearing the call of a blackbird while on retreat in Rishikesh, India in early 1968 with the other Beatles and, alternatively, by the unfortunate state of race relations in the United States in the 1960s.  “It wasn’t really about a blackbird whose wings are broken.  It’s symbolic of  black people’s struggle in the southern states,” said McCartney years later.  “You were only waiting for this moment to be free, blackbird fly, black bird fly into the light of the dark black night, blackbird singing in the dead of night, take these broken wings and learn to fly, all your life, you were only waiting for this moment to arise…” 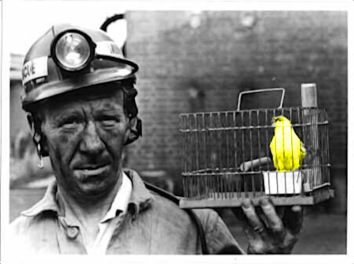 In a primitive attempt to monitor how lethal the air quality was becoming in their working environment, coal miners routinely took a caged canary with them.  When it keeled over, they knew the time had come to exit for a while.  Police songwriter Sting found that an intriguing subject for a song, comparing the canary to a timid woman who became afraid at the first sign of trouble.  Their track appeared on their 1980 LP “Zenyatta Mondatta,” which reached #5 in the US and #1 in their native UK:  “First to fall over when the atmosphere is less than perfect, your sensibilities are shaken by the slightest defect, you live your life like a canary in a coalmine, you get so dizzy even walking in a straight line…”

It’s a shame we never got to hear more from this San Francisco-based group, but their manager chose to squirrel them away in a Seattle apartment to write songs and play small clubs there.  By the time they’d returned, they had grown tired of each other and split up, but not before writing and recording this stunning tune, which was an FM radio favorite of the era.  “We were like caged birds in that attic — no money, no transportation, and the weather was miserable,” said singer-songwriter David LaFlamme.  “We were just barely getting by.  It was quite an experience, but it was very creative in a way.”  “White bird in a golden cage on a winter’s day in the rain, white bird in a golden cage alone, white bird dreams of the aspen trees with their dying leaves turning gold, but the white bird just sits in her cage growing old, white bird must fly or she will die…” (I can’t seem to find the original version of “White Bird” on Spotify, so my playlist has a live rendition that isn’t as good…) 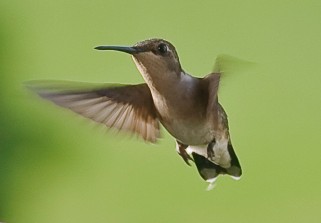 Jim Seals and Dash Crofts, in addition to being talented singers and musicians, were devoted followers of Baha’i, a monotheistic faith founded in the 19th Century that teaches the essential worth of all religions.  The hummingbird is a metaphor for the Persian named Baha’u’llah, who founded Baha’i.  The follow-up single to to Seals & Crofts’ Top Ten hit “Summer Breeze” was this inspirational ode to Baha’i’s founder, which reached #20 in 1973:  “Oh hummingbird, lend us your wings, let us soar in the atmosphere of Abha, lift us up to the heaven of holiness, oh source of our being, oh hummingbird…” 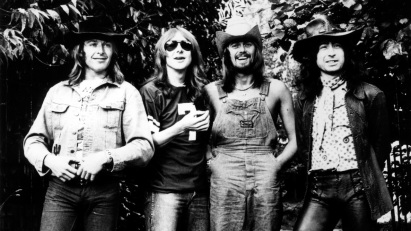 Solid hard rock was the recipe for the bulk of Bad Company’s impressive debut LP, which reached #1 in 1974.  The sleeper tune on the album was “Seagull,” which used acoustic guitars in its comparatively gentle approach.  Said songwriter/vocalist Paul Rodgers, “‘Seagull’ was written sitting on the beach.  Music is about atmosphere, and an effective way to create the atmosphere you want is to actually be there.  You don’t have to imagine it — it’s right there.  You could see the horizon.”  The lyrics, penned by Rodgers, wax philosophically about the cosmos:  “Seagull, you fly across the horizon into the misty morning sun, nobody asks you where you are going, nobody knows where you’re from, here is a man asking the question, is this really the end of the world?  Seagull, you must have known for a long time the shape of things to come…”

Stephen Stills was entering his most remarkable, prolific songwriting period when he came up with this amazing song on the Springfield’s best album, “Buffalo Springfield Again.”  The original version (heard on my playlist ) uses a banjo in the final moments, but on the extended rendition found on a later collection album, Stills takes off on a soaring electric guitar solo that Joe Walsh tried to emulate on the cover version he recorded with The James Gang in 1969.  “Listen to my bluebird laugh, she can’t tell you why, deep within her heart, you see, she knows only crying, just crying, there she sits, a lofty perch, strangest color blue, flying is forgotten now, thinks only of you, just you…”

Joni’s 1976 LP “Hejira” is a song cycle about traveling and searching, part of the ongoing self-analysis she has done throughout her extraordinary career.  “Black Crow,” with its superb acoustic guitar rhythms and soaring vocals, offers amazing imagery that equates her relentless search with that of the crow, looking for the next important morsel:  “In search of love and music, my whole life has been illumination, corruption, and diving, diving, diving, diving, diving down to pick up on every shiny thing, just like that black crow flying in a blue sky…”

The phrase “Vulture culture” is about a love and appreciation of the natural world and animals, and how vultures keep an animal’s spirit alive by keeping its bones and celebrating its beauty.  The Parsons Project album of that name, and its title track, twisted that reference to describe unworldly people steeped in the arts and the ever-increasing ruthlessness of mankind in a world of stark economic reality: “Vulture culture, use it or you lose it, vulture culture, choose it or refuse it, Hollywood is calling, won’t you join the dance, moving onto Wall Street, why not take a chance, it’s a vulture culture, never lend a loser a hand, just a vulture culture, living off the fat of the land…” 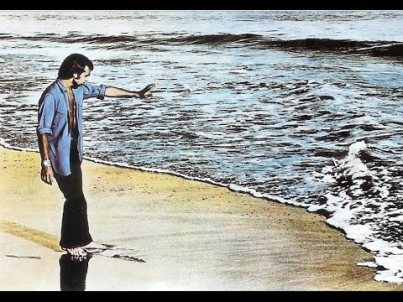 One of my favorite deep tracks from the first and best phase of John’s extraordinary career is this final tune from his 1972 LP “Don’t Shoot Me, I’m Only the Piano Player.”  Bernie Taupin wrote it about a young woman he knew who had become involved in drugs and ended up committing suicide.  “My high-flying bird has flown from out my arms, I thought myself her keeper, she thought I meant her harm, she thought I was the archer, a weatherman of words, but I could never shoot down my high-flying bird…”

In 1993, when the massive CD/DVD/book project “Beatles Anthology” was underway, Paul McCartney, George Harrison and Ringo Starr convened in a home studio with producer Jeff Lynne to record the first new Beatles music in 25 years.  As a way of involving the spirit of John Lennon in their work, they used the rough demo of a song Lennon had written and recorded in 1977, and the result was a #6 hit in the US.  The additional lyrics they added to Lennon’s framework referenced their 1969 breakup:  “Where did we lose the touch that seemed to mean so much?  It always made me feel so free as a bird, like the next best thing to be…”

Cohen had been an accomplished poet and writer who began composing songs at age 30.  He suffered from occasional bouts of depression, but his ladyfriend at the time, Marianne Ihlen, helped him by urging him to pick up his guitar as they sat in their apartment on the Greek island of Hydra.  Outside the window, telephone poles and wires were being installed, and a lone bird came to rest on a wire there, inspiring Cohen to write what became one of his signature songs, later covered by the likes of Judy Collins, Joe Cocker, Joe Bonamassa, Jennifer Warnes and k.d. lang:  “Like a bird on the wire, like a drunk in a midnight choir, I have tried in my way to be free….”

Prince wrote this song upon request from “Purple Rain” director Albert Magnoli, who wanted a tune to accompany a scene that intermingled parental difficulties and a love affair.  “When Doves Cry,” by the way, is almost an anagram for “When love dies”:  “How can you just leave me standing alone in a world that’s so cold, maybe I’m just too demanding, maybe I’m just like my father, too bold, maybe you’re just like my mother, she’s never satisfied, why do we scream at each other, this is what it sounds like when doves cry…”

Marley, like most songwriters, was inspired by the things he saw around him every day.  Outside his Jamaica home, three canaries made their nest and were regularly within earshot and eyeshot of Marley, so naturally, he wrote what became one of his trademark songs about them.  Three women who sang in concert with him claim the lyrics also refer to them, as he would ask, ‘What is my three little birds saying?”  “Rise up this mornin’, smile with the risin’ sun, three little birds pitch by my doorstep, singin’ sweet songs of melodies pure and true, sayin’, ‘This is my message to you-ou-ou,’ singin’, ‘Don’t worry ’bout a thing ’cause every little thing gonna be all right’…”

The brother-sister team of Inez and Charlie Foxx wrote and recorded this R&B track as a novelty song in 1963, playing on the nursery rhyme “Hush Little Baby,” and to their surprise, it reached #7 on the pop charts that year.  It was soon covered by Dusty Springfield and Aretha Franklin, among others, and finally by then-husband-and-wife James Taylor and Carly Simon, appearing on Simon’s 1974 LP “Hotcakes,” where it reached #5 on the pop charts:  “Everybody have you heard, he’s gonna buy me a mockingbird, and if that mockingbird don’t sing, he’s gonna buy me a diamond ring, and if that diamond ring won’t shine, he’s gonna surely break this heart of mine…” 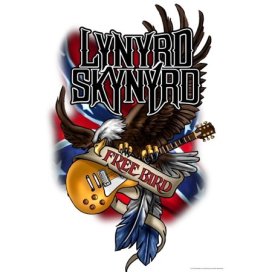 Lynyrd Skynyrd guitarist Allen Collins came up with the chords to this iconic power ballad and was searching for the right lyrics to accompany them.  One day his girlfriend Kathy, whom he later married, asked him, “If I leave here tomorrow, would you still remember me?” He was struck by her words and used it as the opening line to “Free Bird.”  Singer Ronnie Van Zant, who co-wrote the lyrics, said the song is “what it means to be free, in that a bird can fly wherever he wants to go.  Everyone wants to be free.  That’s what this country’s all about.” “If I leave here tomorrow, would you still remember me?  For I must be traveling on now ’cause there’s too many places I’ve got to see, but if I stayed here with you, girl, things just couldn’t be the same, ’cause I’m as free as a bird now, and this bird you cannot change…”