People of my generation are always talking about how the music “back in our day” was so much better than today’s music.  I remember my father telling me the same thing, how the tunes of the ’30s and ’40s were infinitely better than anything on the radio in the ’60s and ’70s. 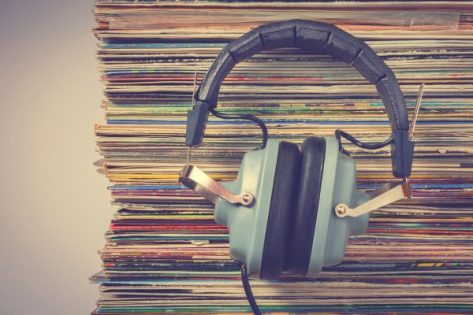 To some extent, we are all creatures of our own times.  The people we knew, the experiences we had, and definitely the music we listened to when we were in our teens and ’20s made permanent impressions on us.

I’m not going to make value judgments about which era had the best music.  I wouldn’t dare.  Hey, EVERY era had unmitigated crap amongst superb classics, so it depends which songs, albums and artists we’re talking about in any given year.

But I know this:  My era was packed with tunes that are viewed as “lost classics” — really great songs that weren’t exactly chart toppers but are well worthy of your time to discover, or re-discover.  I have assembled another dozen songs from 1970 or thereabouts that have been lost between the cracks in the years since.  If you like what you hear here, and I’m betting that you will, well, you’re welcome! 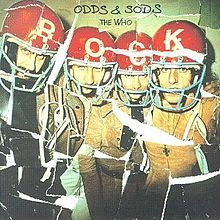 Pete Townshend struggled mightily to come up with a suitable followup to The Who’s monumental rock opera “Tommy.”  His concept, entitled “Lifehouse,” was to be a multi-media project focusing on the relationship between an artist and his audience, centered around the idea of one perfect, universal note symbolizing human unity.  Townshend damn near had a nervous breakdown over the frustrations encountered in bringing the thing to fruition, which caused him to abandon “Lifehouse” and instead release most of its music as a single album.  That album, “Who’s Next,” is often regarded as The Who’s finest, but curiously, it’s missing “Pure and Easy,” the excellent tune that best defined the project for which it was written.  That outstanding track didn’t appear until the 1974 compilation album “Odds & Sods.” 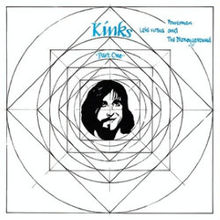 Coming during a transitional phase in The Kinks’ career arc, “Lola Versus Powerman and the Money-go-round, Part One” was described by one critic as “a wildly unfocused but nevertheless dazzling tour de force, featuring some of Ray Davies’ strongest songs.”  Certainly, “Lola” was an unqualified chart success for the band, even if Davies (and many others) grew to hate it over the years.  The better tune from the LP, in my view as well as Davies’, is “Apeman,” just as whimsical and sing-songy as “Lola” but far more musically engaging.  It reached #5 in the UK but stiffed at #45 in the US, qualifying it as a candidate for this “lost classics” playlist. 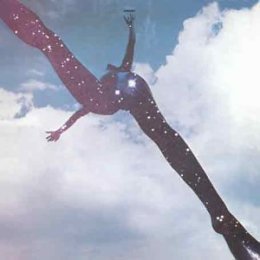 The smoldering, powerful voice of Paul Rodgers was the key element in making Bad Company such a hard rock sensation in the 1970s, but before that, Rodgers was the vocal foundation of the great, underappreciated British band Free, known foremost for the Top Five rock classic “All Right Now.”  Free assembled in 1968 and released their first LP when all four members were barely 18, cranking out a few blues rock standards and several originals by Rodgers and guitarist Andy Fraser.  The 1969 second album “Free” failed to make the US charts but was popular among cult fans, especially the mesmerizing opener “I’ll Be Creepin’,” which has all the elements that sold millions the next year on “All Right Now.” 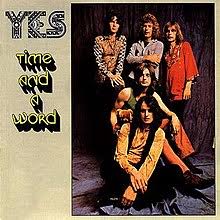 Years before they filled arenas and topped the charts, Yes was another struggling British progressive rock band, rehearsing daily and learning their chops while playing cover songs in small club gigs.  Atlantic Records took notice and signed them in 1969, and although their first LP (“Yes”) failed to chart anywhere, their follow-up, “Time and a Word,” did modestly well in England, reaching #45, even though they were still unknowns in the US.  The album consisted mostly of Jon Anderson originals, one of which, “Then,” has always appealed to me.  The track features organ and guitar work by Tony Kaye and Peter Banks, respectively, both of whom were replaced by the time of their 1971 breakthrough LP, “Fragile.”  Anderson’s tenor voice is, as on nearly every Yes song, front and center on the recording. 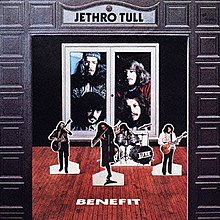 As the precursor to the legendary “Aqualung” album, “Benefit” is often neglected in discussions of Jethro Tull’s music, and when it is mentioned, talk centers on the hard rock tunes that dominate the proceedings (“To Cry You a Song,” “With You There to Help Me”).  One of Ian Anderson’s most delightful acoustic numbers is “Inside,” which features the ever-present flute, an irresistible uptempo beat, and some on-point lyrics about life and the need for a positive outlook (“I’m sitting on the corner feeling glad, got no money coming in, but I can’t be sad, that was the best cup of coffee I ever had, and I won’t worry ’bout a thing because we’ve got it made here on the inside, outside’s so far away…”) 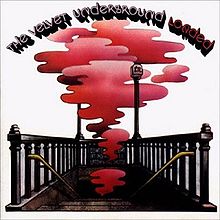 Reed’s preferred version of this classic tune came on The Velvet Underground’s fourth LP, “Loaded,” marked by a pretty 15-second melodic intro, and the uptempo arrangement later copied and made more famous in Mott the Hoople’s 1972 recording of it.  Reed continued performing “Sweet Jane” throughout his solo years, and there’s a fabulous eight-minute live version on the 1974 live LP “Rock ‘n Roll Animal.” In the late 1980s, the Canadian band Cowboy Junkies revived Reed’s slow-tempo version in their rendition  that was a popular single in Canada and on modern rock stations here.  But The Velvet Underground’s original is still a gas to hear. 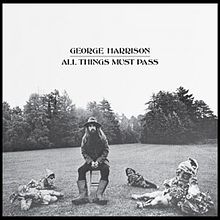 People were taken aback when Harrison’s solo debut was a double album (actual a triple, but the third was just a bunch of random jams), but it shouldn’t have been that surprising.  With two brilliant egomaniacs running the show in The Beatles, Harrison’s songs were often pushed aside, which meant he had a lot of material sitting on the shelf when “All Things Must Pass” was being assembled.  One was “Art of Dying,” whose lyrics date to 1966 when Harrison was first getting into Eastern teachings and spiritual enlightenment.  Phil Spector gave this track his trademark “wall of sound” production, with lots of reverb and layers of instruments, and Eric Clapton adding some dazzling guitar fills.  It should’ve been a big radio tune but is instead a lost classic. 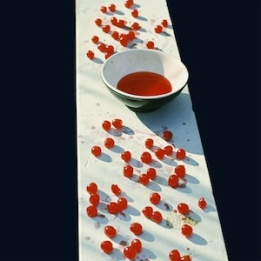 McCartney’s solo debut album was on the receiving end of a lot of bad vibes, arriving as it did at the time Paul made the official announcement of The Beatles’ breakup (although they’d technically split at least six months earlier).  McCartney played all the instruments, and wrote and recorded the whole album at home on a 4-track recorder, and to many people, that made it sound amateurish.  “Maybe I’m Amazed” got all the airplay because it was arranged to sound like it could’ve come from “Abbey Road.” But there are some really great nuggets to be found here as well, including “That Would Be Something,” “Man We Was Lonely,” and two songs rejected by The Beatles, “Junk” and “Teddy Boy.”  My favorite track is “Every Night,” with its great melody and potent lyrics about the depression McCartney was going through following the disintegration of The Beatles. 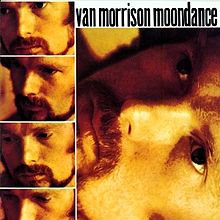 One of my favorite records of 1970 has to be “Moondance,” Morrison’s third album in a career that includes forty studio releases over 50 years.  It’s one of his most likable LPs, chock full of easygoing melodies and romantic lyrics.  I never understood why the title cut wasn’t released as a single — it has certainly become one of his best known tunes in the years since.  Instead, the choice for the single was “Come Running,” which barely made the US Top 40.  It’s a catchy little shuffle featuring piano and sax and Morrison’s immediately identifiable vocals, all the ingredients that turned up the following year on his Top Ten hit “Domino.” 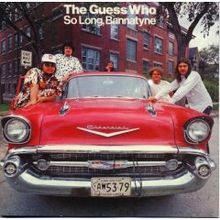 Following Randy Bachman’s departure from The Guess Who in 1970, singer/keyboardist Burton Cummings assumed control of the band’s direction, and by the time of the 1971 LP “So Long Bannatyne,” we started hearing more piano-based tracks like “Sour Suite” that veered from the band’s straightforward hit-single formula.  This mellow, melancholy piece didn’t make it higher than #50 on the US singles chart, although it reached #12 in their native Canada, and many diehard fans pick it as one of their favorites in the group’s catalog.  The lyric “It’s just like 46201” refers to an Indianapolis zip code, where Cummings wrote the song while in a glum mood one morning after an off night performing there. 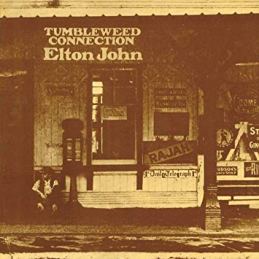 Out of nearly 50 studio albums released in Sir Elton’s lengthy career, critics have often picked “Tumbleweed Connection” as the cream of the crop, and I’m inclined to agree with them.  Lyricist Bernie Taupin had become fascinated with tales of the American Wild West, and most of the tunes that appeared on “Tumbleweed” reflected that interest.  “Come Down in Time,” however, was more of a timeless ballad that might’ve appeared on other albums from that period.  With delicate use of harp, oboe and strings, producer Gus Dudgeon made it one of the LP’s most memorable songs, carried, of course, by John’s tender voice. 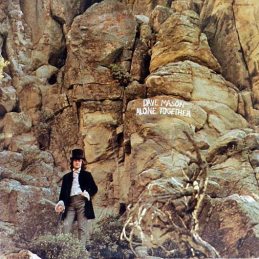 In my view, Mason never achieved the success he should have.  He’s a gifted songwriter, guitarist and singer, but he seemed to run into roadblocks along his path, some of them due to his own quirky stubbornness.  He could’ve been a key component of Traffic, but he kept leaving and coming back, feuding often with leader Steve Winwood.  Strangely, Mason’s solo albums were only half-heartedly promoted by the various labels who released them.  His 1970 debut “Alone Together” is one of the best LPs of that era, and it reached #22 on the album charts, but it coulda-shoulda been a chart topper.  You’ll find great songs throughout (“Only You Know and I Know,” “World in Changes,” “Sad and Deep as You”), but the real highlight is the 7-minute closer, “Look at You, Look at Me,” with Mason’s stellar guitar work, especially on the extended fadeout.