On September 14, 2001, three days after the 9/11 attacks, Bruce Springsteen was walking down the street in New Jersey, just across the river from Manhattan.  A man driving by slowed down next to him, opened his window, stared at Springsteen and said, “Man, we really need you now.”

Springsteen had been out of the limelight for several years at that point.  His last album of new music had been 1995’s “The Ghost of Tom Joad,” a critical favorite but a relative c 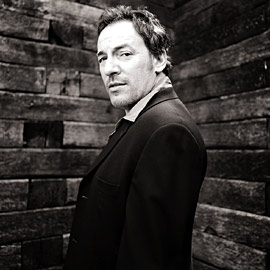 ommercial dud.  He and the E Street Band had parted ways in the late ’80s, and The Boss and his wife had turned their attentions to raising a family.

“That guy really stopped me in my tracks,” Springsteen recalled.  “The events of 9/11 had affected me profoundly, as it had so many others, but I’d been caught in a daze, wandering around those first couple of days, worried for my kids, worried for my country, not sure what to think.  When he said ‘We need you now,’ it snapped me back into focus.  I thought, ‘It’s time to get busy doing what I can do.'”

One of rock’s most prolific songwriters got busy, all right.  Over the next few weeks, he wrote nearly 50 songs in a burst of creativity, determined to come up with music that might help in the healing process.  He made a call to the boys in the E Street Band and said, “Guys, it’s time.  Let’s get back together and make a record.”  They eagerly agreed, and the result was “The Rising,” a triumphant rejuvenation of Springsteen’s career and a

much-needed shot in the arm for his legions of fans, many of whom were still grieving huge personal loss.

This week, as we marked another anniversary of that dark day in the nation’s history, I revisited “The Rising,” and also did some research to look for other noteworthy songs that were written in the aftermath of 9/11.  I found it challenging to immerse myself in these difficult emotions and painful memories, but ultimately, I came out the other end feeling stronger, as we often do when we face our fears.

Critics were nearly unanimous in their praise for “The Rising.”  Thom Jurek of AllMusic called the album “one of the very best examples in recent history of how popular art can evoke a time period and all of its confusing and often contradictory notions, feelings and impulses.” The British magazine Uncut called the LP “a brave and beautiful album of humanity, hurt and hope from the songwriter best qualified to speak to and for his country … A towering achievement.”

In particular, the lyrics to seven tracks dealt with the emotions felt in the aftermath:  the sadness for the loss of life, the gratitude for the first responders, the dark desire for revenge, the despair for the loss of innocence, the craving for closeness and community, the need to keep hope alive.

Some of these songs specifically address the events of 9/11.  “Into the Fire,” for instance, pays tribute to the firemen who headed into the towers as everyone else was evacuating:   “It was dark, too dark to see, you held me in the light you gave, you lay your hand on me, then walked into the darkness of your smoky grave, somewhere up the stairs into the fire, somewhere up the stairs into the fire, I need your kiss, but love and duty called 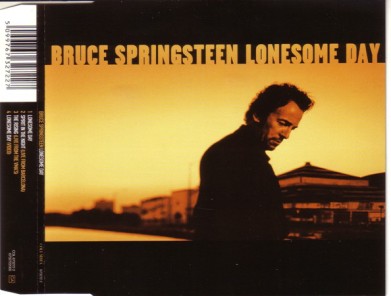 you someplace higher, somewhere up the stairs into the fire…”

The leadoff track, “Lonesome Day,” ranks among Springsteen’s finest efforts, a musically robust rocker that also warns about how a demand for justice needs to be tempered by a sense of collective calm that doesn’t escalate matters:  “Hell’s brewin’, dark sun’s on the rise, this storm’ll blow through by and by, house is on fire, viper’s in the grass, a little revenge and this too shall pass, this too shall pass, I’m gonna pray, right now all I got’s this lonesome day…”

Other album tracks demonstrate Springsteen’s deft ability at writing words that deal with emotions in a more general, universal way that could apply to other kinds of loss.  “You’re Missing” delicately speaks to the void that families felt when their loved ones didn’t return home that day, but it could just as easily refer to soldiers who died on the battlefield, or victims of mass shootings:  “Pictures on the nightstand, TV’s on in the den, your house is waiting for you to walk in, but you’re missing, when I shut out the lights, you’re missing, when I close my eyes, you’re missing, when I see the sun rise, you’re missing…”

In the wake of 9/11, several dozen songs surfaced, written and released by a wide range of artists.  I’ve selected a dozen that I found sufficiently moving to share with you on my blog this week.  I hope you absorb them in the spirit in which they were proffered to us.

Young chose to focus on the amazing, harrowing story of the brave souls on United Flight 93 who stormed their hijacked cockpit and prevented the plane from reaching its intended target in Washington, D.C.:  “I know I said I love you, I know you know it’s true, I’ve got to put the phone down and do what we got to do, one’s standing in the aisle way, two more at the door, we’ve got to get inside there, before they kill some more, time is runnin’ out, let’s roll…”

Etheridge also addressed those on United Flight 93, with an added edge.  One of the heroes on board was a gay man who had faced injustices that prevented his ability to marry or be a school teacher.  Etheridge defiantly asked us to consider the freedoms and rights that are still denied to some of our citizens:  “He stood up on a Tuesday morning, in the terror, he was brave, and he made his choice and without a doubt, a hundred lives he must have saved, and the things you might take for granted, your inalienable rights, some might choose to deny him, even though he gave his life, stand up, America, wake up, America…”

This Chicago-based heavy metal band found controversy when they filmed a riveting video for this song that appeared to be a re-creation of the Ground Zero area (view it on YouTube at your own risk).  The lyrics take Evil’s point of view:  “Another nightmare about to come true will manifest tomorrow, another love that I’ve taken from you, lost in time, on the edge of suffering, another taste of the evil I breed will level you completely, bring to life everything that you fear, live in the dark, and the world is threatening, let me enlighten you, this is the way I pray…”

Influenced by British prog rock bands like Yes and Pink Floyd, the Boston-based Neo-progressive group Dream Theater turned a few heads with its 2005 release “Octavarium.”  Of particular interest was the 10-minute opus “Sacrificed Sons,” with lyrics by vocalist James LaBrie that recalled the 9/11 attacks:  “Heads all turning towards the sky, towers crumble, heroes die, who would wish this on our people and proclaim that His will be done, scriptures they heed have misled them, all praise their sacrificed sons…” 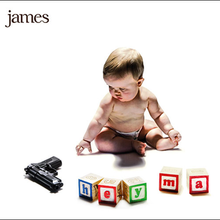 The British band James offered another perspective, looking at 9/11 as a fork in the road where unfortunate choices with long-lasting global consequences were made:  “Now, the towers have fallen, so much dust in the air, it affected your vision, couldn’t see yourself clear, from the fall came such choices even worse than the fall, there’s this chain of consequences, within, without, action, cause and reaction never follows to plan… Please don’t preach me forgiveness, you’re hardwired for revenge, war is just about business, within, without…”

Veteran songwriter Hiatt came up with this tearjerker on his 2011 LP “Dirty Jeans and Mudslide Hymns,” on which he ruefully recalled the mood of New Yorkers when their city became the focal point of the 9/11 attacks:  “And the daylight fell dark, F-16s over Central Park, when New York had her heart broke, we were dazed in the streets, from the blood and dust and heat, when New York had her heart broke…”

“Where Were You (When the World Stopped Turning),” Alan Jackson, 2001

Jackson found it hard to write a song about how he felt in the wake of 9/11, but he forged ahead and came up with this moving track.  After debuting it at the Country Music Awards less than eight weeks after 9/11, it was released as a single, topping the country charts for five weeks and reaching #28 on the pop charts.  The lyrics present a series of thought-provoking questions:  “Did you stand there in shock at the sight of that black smoke risin’ against that blue sky?  Did you shout out in anger, in fear for your neighbor, or did you just sit down and cry?  Did you weep for the children who lost their dear loved ones, and pray for the ones who don’t know?  Did you rejoice for the people who walked from the rubble, and sob for the ones left below?…”

“Courtesy of the Red White and Blue (The Angry American),” Toby Keith, 2002 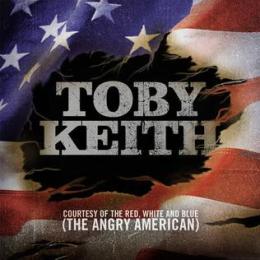 Always a political conservative, Keith came up with this inflamed diatribe that stoked the rage amongst his audience and soared to #1 on the country charts upon its release in May 2002.  He has said it was written in support of the U.S. soldiers in Afghanistan, but it was interpreted to reflect his generally hawkish views:   “Now this nation that I love has fallen under attack, a mighty sucker punch came flyin’ in from somewhere in the back, soon as we could see it clearly through our big black eye, man, we lit up your world like the 4th of July… Oh, justice will be served and the battle will rage, this big dog will fight when you rattle his cage, and you’ll be sorry that you messed with the U.S. of A, ’cause we’ll put a boot in your ass, it’s the American way…”

“Skylines and Turnstiles,” My Chemical Romance, 2002 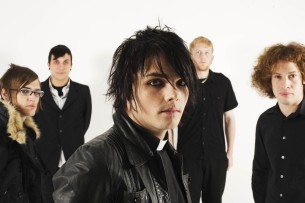 Gerard Way was so saddened and outraged by the events of 9/11 that he was inspired to form the emo/post-hardcore punk group My Chemical Romance.  The debut LP “I Brought You My Bullets, You Brought Me Your Love” includes “Skylines and Turnstiles” with its brutally graphic lyrics:  “Steel corpses stretch out towards an ending sun, scorched and black, it reaches in and tears your flesh apart as ice cold hands rip into your heart, that’s if you’ve still got one that’s left inside that cave you call a chest, after seeing what we saw, can we still reclaim our innocence?…”

Indie rock singer/songwriter Vanderslice produced ten albums out of his San Francisco-based studio/record company.  His 2005 album “Pixel Revolts” had a decidedly political bent, with several tracks about 9/11 and the Iraq War, especially “Exodus Damage” with its highly provocative lyrics:  “So the second plane hit at 9:02, I saw it live on a hotel TV, talking on my cell with you, you said this would happen, and just like that, it did, wrong about the feeling, wrong about the sound, but right to say we would stand down, an hour went by without a fighter in the sky, you said there’s a reason why, so tell me now, I must confess, I’m not sick enough to guess…”