Valentine’s Day is generally considered a holiday to celebrate romantic love.  But this year, I’m making the suggestion that we also regard it as a day to celebrate the love of a good friend.

Friendships occur throughout our lives, sometimes waxing and waning as we age.  But some friendships last for decades, or even our entire lives. 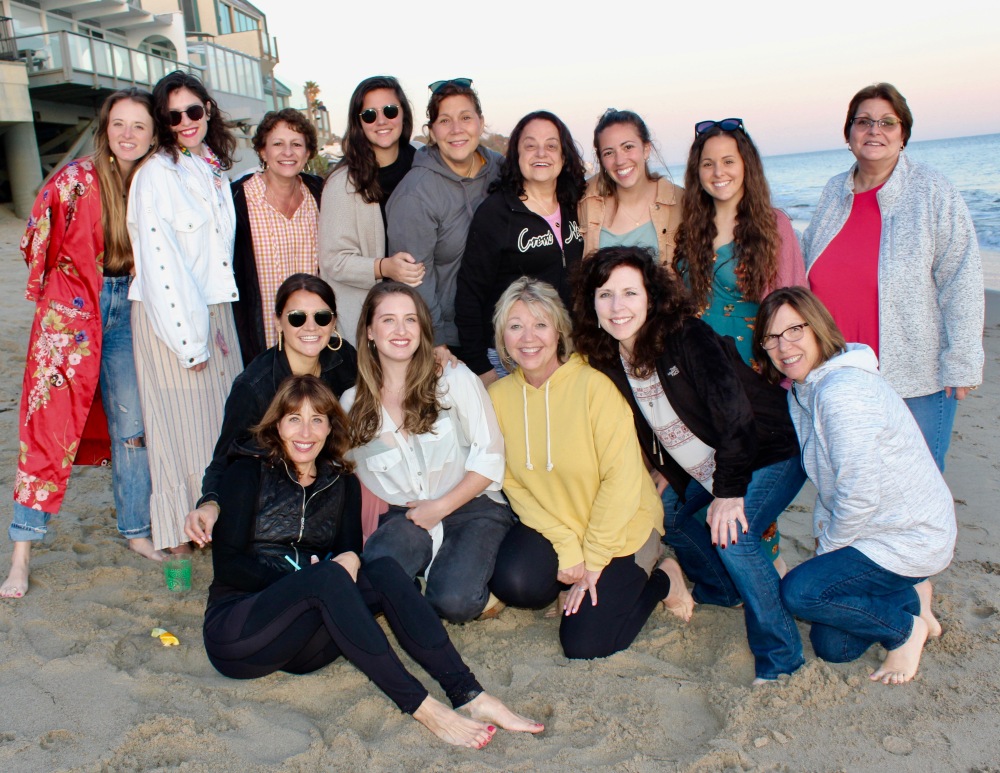 This weekend my wife invited several of her best friends from high school days in Cleveland, most of whom are turning 60 this year, to celebrate their milestone together here in Malibu and Santa Barbara.  A few of their daughters, who have been friends since they were toddlers, are attending as well.  I anticipate much hilarity, good-natured teasing, embarrassing old photos, plenty of wine and many sincere hugs of gratitude for the blessings of deep friendships.

My contribution to the celebration is this week’s post on “Hack’s Back Pages,” which singles out a dozen great classic songs about friends, and another ten songs designated as “honorable mention.”  I encourage the ladies, and all my readers, to use this Spotify playlist as a soundtrack for your weekend.

As the sax player in Bruce Springsteen’s E Street Band, Clemons was pretty well known when he decided to do a solo project in 1985.  Songwriter/producer Michael Walden wrote this joyous song and gave it to Clemons to record on his “Hero” album.  Clemons invited Jackson Browne to sing it with him as a duet, and it reached #18 on the pop charts that year.  The lyrics underscore the importance of unconditional reliability among close friends:  “Oh, you can depend on me, over and over, over and over, know that I intend to be the one who always makes you laugh until you cry, and you can call on me until the day you die, years may come and go, here’s one thing I know, all my life, you’re a friend of mine…” 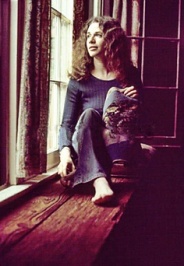 Probably the song about friends that tugs at most people’s emotional heartstrings is this heartwarming Carole King tune, which appears on her monumental 1971 album, “Tapestry.”  James Taylor was recording his “Mud Slide Slim” LP next door in the same L.A. studio, and they both played on each other’s recording sessions.  Once Taylor heard this song, he pleaded 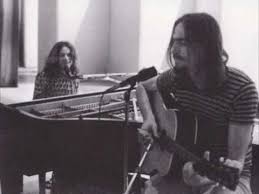 with King to allow him to record his own version, and she agreed.  (Quite the friendly gesture, no?)  It went on to become Taylor’s only #1 single and one of his signature tunes.  The two friends reunited in 2010 to record and perform this song and many others from these fondly loved albums:  “You just call out my name, and you know wherever I am, I’ll come running to see you again, winter, spring, summer or fall, all you’ve got to do is call, and I’ll be there, hey ain’t it good to know that you’ve got a friend…”

Actor/musician Buzzy Linhart was part of the Greenwich Village scene in the late ’60s and early ’70s as an instrumentalist and producer, working with everyone from Richie Havens and Phil Ochs to John Sebastian and Jimi Hendrix.  Bette Midler was also part of that scene, performing periodically in the Continental Baths.  Linhart and Mark “Moogy” Klingman came up with the loose, fun tune “(You Got to Have) Friends,” which Midler heard and immediately recorded in a campy arrangement that ended up entitled just “Friends” on her debut LP “The Divine Miss M.”  It was one of three singles released from the album, and became her unofficial theme song:  “Standing at the edge of the world, boys, waiting for my new friends to come, I don’t care if I’m hungry or poor, I’m gonna get some of them, ’cause you got to have friends, ’cause you got to have friends…” 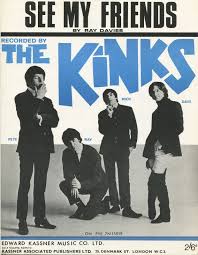 Ray Davies has said this song is about the death of his older sister, Renée, who lived for a time in Ontario.  Upon her return to England, she gave Davies his first guitar for his 13th birthday.  She then fell ill, owing to an undiagnosed hole in her heart, and died while dancing at a night club.  The lyrics to “See My Friends” deal with mourning the loss of a loved one, and the need to have friends to lean on.  Released in July 1965, this Kinks single reached #10 in Britain but not at all in the US, which severely disappointed Davies:  “See my friends layin’ across the river, she is gone and now there’s no one else to take her place, she is gone and now there’s no one else to love, ‘cept my friends…”

Vocalist Paul Rodgers and bassist Andy Fraser co-wrote this somewhat serious track from Free’s third LP “Highway.”  It was written with vocalist Paul Kossoff in mind, who struggled with emotional insecurity made worse by the fame the band got from their huge 1970 single “All Right Now.”  Kossoff said he loved the song, but he nonetheless suffered a breakdown that led to the premature dissolution of the band.  The lyrics speak of how crucial it is to have a friend to help us through our struggles:  “All I need is a friend, someone to give a helping hand when I’m afraid in the night, someone to squeeze me and tell me it’s all right, you know I worry such a lot, and I would give all I’ve got just to have someone believe in me, just to do that and put me back on evenly, baby baby, be my friend…”

By the mid-’80s, Mitchell had developed a bitterness about the music business as well as conservative government policies, and it showed up in her work, especially on her 1985 LP “Dog Eat Dog.”  But there were exceptions, especially the leadoff track “Good Friends,” a marvelous duet with singer Michael McDonald.  The adjacent photo is from a compelling music video of the song that’s worth watching.  The lyrics describes her complicated relationship with her then-husband Larry Klein, who she said was more a friend and fellow musician than a spouse:   “I have to come and see you maybe once or twice a year, I think nothing would suit me better (right now) than some downtown atmosphere in the dance halls and the galleries, or betting in the OTB, synchronized, like magic, good friends, you and me…”

Early in their career, Elton John and lyricist Bernie Taupin were eager to get their songs exposed to audiences in as many ways as possible, so they accepted an invitation to write songs for the soundtrack of a quiet little French film called “Friends.”  It was released in early 1971 to little or no fanfare, but the accompanying “Friends” LP got attention because John had already scored his big hit “Your Song” by then, as well as his acclaimed “Tumbleweed Connection” album.  I have always had a soft spot for the John-Taupin songs on this neglected LP, particularly the title track, which I have adopted almost as a mantra for my life:  “Making friends for the world to see, let the people know that you got what you need, with a friend at hand, you will, see the light, if your friends are there, then everything’s all right…”

While most of Queen’s voluminous song catalog was written by either vocalist Freddie Mercury or guitarist Brian May, a few were composed by bassist John Deacon.  One of his best efforts was “You’re My Best Friend,” a love song to his wife that appeared on Queen’s breakthrough LP “A Night at the Opera” in 1975.  As we all know by now, it was “Bohemian Rhapsody” that stole the show on that album, but “You’re My Best Friend” was no slouch, reaching #7 on the UK singles chart and #16 in the US:  “Oh, you’re the best friend that I ever had, I’ve been with you such a long time, you’re my sunshine and I want you to know that my feelings are true, I really love you, oh, you’re my best friend…” 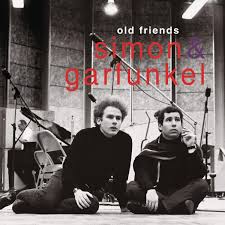 How extraordinary that Simon wrote such worldly-wise songs as this one when he was only 27.  The first side of Simon and Garfunkel’s “Bookends” album was an impressive song cycle that looks at several stages of life, including teenage angst, young married travelers, midlife divorce, and the declining years.  “Old Friends” and its followup track “Bookends” offer a sophisticated, poetic look at old age and the value of lifelong friendships and cherished memories:  “Can you imagine us years from today, sharing a park bench quietly, how terribly strange to be 70, old friends, melody brushes the same years, silently sharing the same fears…” 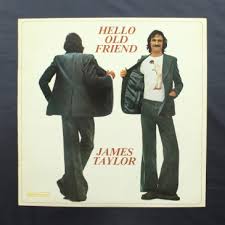 A friend doesn’t always have to be a person.  It could be a pet, or even a favorite place that one continually returns to.  For Taylor, that place is Martha’s Vineyard, where he had spent many summers as a boy, and it’s where he built a home for himself and then-wife Carly Simon to start a family.  He wrote about it in “Hello Old Friend,” a track from his reflective 1974 LP “Walking Man.”  His constant touring during this phase of his life took its toll, and he was always very happy to return to his island home in the woods:  “Hello, old friend, welcome me home again, well, I’ve been away but that’s all over now, say I can stay for October now, stay a while and play, hello, old friend, isn’t it nice to be home again…”

Both as the leader of Utopia and as a solo artist, Rundgren has always been more about artistic statements than commercial concerns.  Consequently, his albums and singles have performed respectably but have never been huge hits, except perhaps his 1972 single “Hello It’s Me.”  In 1978, Rundgren enjoyed his third-biggest single “Can We Still Be Friends?” from his “Hermit at Mink Hollow” album.  He has said the song is autobiographical, with lyrics that describe how, despite numerous attempts to fix his relationship with longtime companion Bebe Buell, it wasn’t going to work…but he wanted things to remain amicable:  “Let’s admit we made a mistake, but can we still be friends?  Heartbreak’s never easy to take, but can we still be friends?  Can we still get together sometime?…”

Written by the great Burt Bacharach and his sometime writing partner Carole Bayer Sager, this hugely popular song was first recorded by Rod Stewart in 1982 for the soundtrack to the comedy film “Night Shift.”  Three years later, it was recorded by Dionne Warwick with help from Stevie Wonder, Elton John and Gladys Knight and released as a charity single for AIDS research and prevention, earning more than $3 million.  It not only spent four weeks at #1 in early 1986, it went on to win the Grammy for Song of the Year for the songwriters, and Best Pop Performance By a Duo or Group with Vocal for the performers.  It reminds those who are going through challenging times that their friends are always there to support them:  “Keep smiling, keep shining, knowing you can always count on me, for sure, that’s what friends are for, for good times and bad times, I’ll be on your side forever more, that’s what friends are for…”