A scant two weeks ago, it was still funny to repeat the joke, “The best way to beat the Coronavirus is to switch to Dos Equis.”

But now it has become clear that we all need to get with the program for at least the next few weeks and limit interactions with groups of 10 or more.  Better yet, just do what I’m doing:  Stay home.

Hey, it’s not so bad.  There’s plenty to do around the house.  You can be productive and clean closets, or paint a room, or write a letter (remember writing letters?).  Or you can just chill.  Bingewatch something on Netflix, or read a good book, or have more sex (remember sex?).

Regardless of how you spend your time piddling around the house, you’re going to need a Quarantine Playlist, otherwise known as Quaran-tunes!

Social media is full of comedians, and the other day I saw that someone had come up with a list of song titles that had been altered by a word or two so they would be great for a quarantine playlist:

“Tangled Up in Flu,” Bob Dylan

“You Can Leave Your Mask On,” Joe Cocker

“The Closer I Get to You (I Get Infected),” Donny Hathaway & Roberta Flack

“My Corona,” The Knack

“Stuck in the Middle With Flu,” Stealer’s Wheel

“We Will, We Will Wash You,” Queen

“(Don’t Want to Be) Close to You,” The Carpenters

“When Will I Be Gloved,” Linda Ronstadt

“(Don’t) Touch Me in the Morning,” Diana Ross

“Sometimes When We Touch (I Get Infected),” Dan Hill

“Killing Me Softly With His Virus,” Roberta Flack

Amusing, to be sure.

But I’ve collected another set of 16 “quarantunes” that can be played just as they are, with titles that are right on the money for what we’re going through.  Songs that you can snuggle up to as you stay home for a while.  Enjoy.  As best you can. 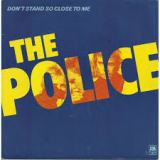 In the verses of this classic from The Police’s “Zenyatta Mondatta” LP, which reached #10 in the US and #1 in their native UK, Sting is singing about an improper flirtation between a teacher and young student, but the chorus certainly works for someone in quarantine.  You might want to pogo-dance around the room to this song to break the monotony of your temporary life in close quarters.

Lewis and his band had to face uptight authorities who claimed this song glorified drug use…until they took the time to read the lyrics!  He ended up scoring a #1 hit with this tune, which refers to his need for a drug “that makes me feel like I feel when I’m with you.”  These days, we’re all looking for the new drug that will stop the Coronavirus so we can get back to some sense of normalcy.  Here’s hoping one of the world’s many scientists comes up with the vaccine soon!

The former leader of The Raspberries has taken a lot of abuse for this maudlin song from his first solo LP, which may have been a big success commercially, but for some people, it’s cringeworthy.  The musical structure of the verses borrows heavily from Rachmaninoff’s Piano Concerto No. 2 in C Minor, and the chorus is taken from a previous Carmen tune, “Let’s Pretend,” from the debut Raspberries LP.  A song for self-quarantine?  More like a song for self-pity.

This contagious rock and roll tune was written and first recorded by the great Huey “Piano” Smith, an R&B keyboard wonder who helped influence early rock and roll.  Smith’s lively rendition foundered on the charts at #56, but in 1972, Louisiana-raised Johnny Rivers stepped up to the plate and hit a home run with his version, which reached #6 and stayed on the charts for an impressive four months.  If there was ever an ideal quarantine song, this is it.

Much like Eric Carmen’s “All By Myself,” this dramatic ballad elicits wildly different responses.  Songwriter Julie Gold took home a Song of the Year Grammy for it, and Bette Midler’s rendition reached #2 on the pop charts, but conversely, a VH-S one viewers’ poll ranked “From a Distance” among the “50 Most Awesomely Bad Songs Ever.”  All I know is it’s an appropriate song for those of us practicing social distancing. 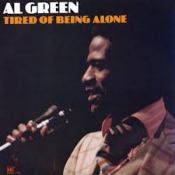 The Reverend Green is singing about how he would prefer to be in a relationship and no longer wants to be on his own.  For those of you who live on your own and have chosen to self-quarantine, I imagine it might get pretty boring and lonely.  We all need company to keep from going stir-crazy, so I suggest you try FaceTime, or even just a regular old phone call to stay in touch with friends and family…

Written in 1956, first recorded by R&B singer Little Willie John, popularized by Peggy Lee and later recorded by such luminaries as Elvis Presley, Madonna and Beyoncé, “Fever” has been through a ton of different arrangements over more than 60 years.  For my money, I think Presley’s version comes closest to capturing the smoldering love that songwriter Otis Blackwell was trying to describe.  Here’s hoping any fever you get is not from the current virus threat.

Brian Wilson is responsible for some truly iconic songs during his peak years of 1963-1966, perhaps none as wistful and lovely as this one.  He struck a chord with kids everywhere who cherished the times they spent alone in their rooms.  We can maybe learn something from the sentiment behind Wilson’s song, which reminds us that being sequestered in our rooms doesn’t have to be a punishment.

This naughtily campy rock band from San Francisco actually did better in England than the U.S., but maverick FM stations here played some of their better tunes, most notably “White Punks on Dope,” “What Do You Want From Life,” “Slipped My Disco” and the outrageously salacious “Don’t Touch Me There.”  It fits right in to our playlist, especially if you sing, “Don’t touch me here, or there, or anywhere for the time being.” 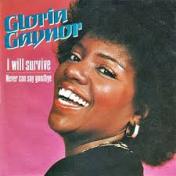 One of the most challenging things about this crisis, for me and many of you, is the uncertainty that looms over everything.  To stave off the anxiety, it’s advisable to keep a positive attitude, and one of the best soundtracks for that is this Gloria Gaynor disco era classic, a favorite of women in karaoke bars everywhere.  Most of us most assuredly will survive, especially with songs like this to lift our spirits.

George Harrison said he was sick in bed with the flu when he wrote this gloomy song for The Beatles’ second LP, “With The Beatles.”  It was the first Harrison original to be recorded by the band, and its sullen mood was atypical for the group at the time.  “I wasn’t contagious or anything, I just felt awful and didn’t want anyone around,” he said, and the lyrics — “So go away, leave me alone, don’t bother me”— certainly reflect that. 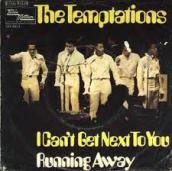 n this 1969 Number One hit by the Motown songwriting team of Norman Whitfield and Barrett Strong, The Temptations sing about all the things they can do, but the one thing they can’t do is get next to you.  They don’t say why, exactly — perhaps she’s living many miles away, or she’s given her heart to someone else.  It doesn’t seem likely it’s because she’s been quarantined, but we can always make believe that’s the reason.

Bruce Springsteen wrote this awesome slow bluesy tune in 1973 but never officially recorded it.  There’s a seven-minute demo that exists, and he performed it live a few times, but instead he chose to give it to his pal Southside Johnny Lyon to include on his debut LP, “I Don’t Want to Go Home,” with The Asbury Jukes.  Excellent rendition, and ideal for those who have, or had, or may still get, The Fever. 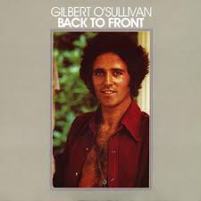 Born Ray Sullivan in Waterford, Ireland, this singer-songwriter was enormously popular in Ireland and England for a five-year arc, with some substantial US chart success too.  “Clair” (#2), “Get Down” (#7) and “Out of the Question” (#17) all did well during 1972-1973, but none could top “Alone Again (Naturally),” which sat at #1 for six weeks in the summer of ’72.  It’s another woe-is-me pity party, but it always tugged at my heartstrings, and it might get you through a sad moment or two.

Nobody wants to be quarantined, particularly if they show no symptoms and are doing it just because it’s the right thing to do for the greater good of the community at large.  That’s called sacrifice, folks, just like Elton John sang about on this gorgeous tune from his “Sleeping With the Past” LP, which reached #18 in the US and #3 in the UK.  Interestingly, the song is about a breakup of a marriage where the loss of the relationship is considered to be, in fact, “no sacrifice.”

The black-humor duo of Donald Fagen and Walter Becker were at it again on “Everything Must Go,” their late-career entry in their stunning Steely Dan catalog of great albums.  The first track offers a wickedly doomsday portrait of what a shopping excursion might look like on the eve of the apocalypse:  “Attention, all shoppers, it’s Cancellation Day, yes the Big Adios is just a few hours away, it’s last call to do your shopping at the last mall…”  Things aren’t that bad, of course — at least not yet.

The attached Spotify playlist corresponds to the 16 songs I’ve highlighted above.

As previously mentioned, we can also spend our quarantine time enjoying untold hours of hilarity watching reruns of old sitcoms, or our favorite full-length comedy films, or, as my Prime Pick of the Week, “Dizzy Doctors,” the classic 1938 Three Stooges episode where Dr. Howard, Dr. Fine and Dr. Howard wreak havoc on the health care system.