From the Mighty Mississippi to the banks of the Seine, from the Rio Grande to the Blue Danube, from the great Amazon to the historic Jordan, rivers have provided inspiration for songwriters that dates back centuries.  Oceans, forests, mountains and plains have given composers food for thought as well, of course, but there’s something mysterious and compelling about rivers, the way they continue their onward march to the sea.

They are home to fishes and plant life, they move industry, they provide fun and recreation, they offer baptismal waters.  When settlers headed into the wilderness to establish outposts and cities, they followed or sought out rivers because they knew of the important role they would play in the development of the communities on which they were located.

In the rock era, songwriters in the ’60s, ’70s and ’80s made ample use of rivers in dozens of songs, be they #1 hits or obscure deep tracks.  The Doobie Brothers’ “Black Water” and Tina Turner’s “Proud Mary,” while not using “river” in their titles, aptly describe life on the paddleboats that navigate the Louisiana waterways.

The dozen songs about rivers I’ve selected here, and the “honorable mention” choices that follow, do indeed use “river” in the title, and they comprise a pretty great playlist, if I do say so myself.  Hope you enjoy reading their back stories as you contemplate your next trip to your nearest riverbank. 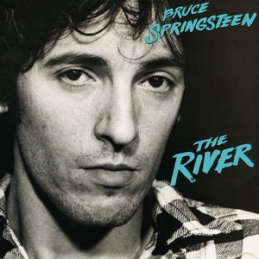 Influenced by the forlorn music of Hank Williams’ “Long Gone Lonesome Blues,” Springsteen wrote his 1980 title song “The River” as the story of a young couple whose hopes for the future must take a back seat to the realities of life.  The river, once the scene of romantic interludes, has now run dry, much like their dashed dreams:  “Now those memories come back to haunt me, they haunt me like a curse, is a dream a lie if it don’t come true, or is it something worse that sends me down to the river, though I know the river is dry…”

England’s Simple Minds was a hugely popular band in their native UK (five #1 albums), but they struggled to make much chart success here beyond “Don’t You Forget About Me” in 1985.  Too bad; US listeners have missed out on many choice tracks on their other dozen album releases.  The opening tune from “Good News From the Next World” does a sweet job of pointing out how rivers and people’s lives both take many turns as they progress:   “Shadow let go, there’s something you should know, I just found my new direction and I hope you like the key, she’s a river and she’s turning there in front of me…”

Eager to set a new course for himself and his music, Dylan contacted Leon Russell in 1970 to help him produce his next album.  He had been struggling with writer’s block as he tried to avoid the political lyrics of his early work, and then during a recording session covering older songs, he had a epiphany about how a river’s current could be likened to the creative muse when it kicks in.  “Right now I’ll just here so contentedly and watch the river flow…”  The result was a spirited blue tune carried by Russell’s piano, which stalled at #41 when released as a single that year. 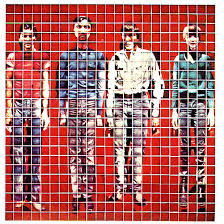 Soul singer Al Green wrote this fine tune in 1974 while visiting Hot Springs, Arkansas, located along the Ouachita River.  The lyrics make reference to the time-honored tradition of cleansing one’s soul by immersion in the river like a baptism, which Green evidently felt he needed after entertaining lustful thoughts of his first girlfriend.  Once he became a pastor, he deleted the song from his performance repertoire for many years.  The Talking Heads used a slower tempo and a swampy arrangement in their cover version of the song, which reached #26 in 1978.

“I was raised by a river, weaned upon the sky, and in the mirror of the waters, I saw myself learn to cry…”  Fogelberg was born in Peoria, Illinois, which sits on the banks of the Illinois River.  Among the songs found on his 1972 debut LP “Home Free” is this tune that presaged the many tunes he wrote about nature and environmental concerns.  Fogelberg was best known for the ballads that did well on the charts, but each album had deeper tracks (like this one) that showed he knew how to rock out as well.  He died of prostate cancer in 2007 at age 56.

For three or four years, Creedence could do no wrong.  Everything John Fogerty wrote and everything the band released turned to gold, albums as well as singles.  They came up with a funky rock sound that came to be known as swamp rock, bringing a bayou vibe to rock ‘n roll roots.  I’ve always thought “Green River” epitomized the CCR groove, with lyrics that paint an evocative picture of carefree rural life:  “Well, take me back down where cool water flow, let me remember things I love, stoppin’ at the log where catfish bite, walkin’ along the river road at night, barefoot girls dancin’ in the moonlight…”

“Following the River,” The Rolling Stones, 1972 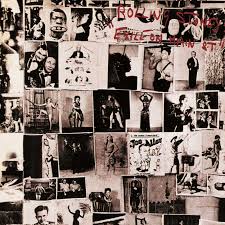 “Exile on Main Street” was viewed unfavorably upon its release but now is considered one of their top three albums.  I find it technically sloppy, and I don’t think the songs are as strong as they could be.  They could’ve deleted a throwaway like “I Just Want to See His Face” and inserted the sublime “Following the River,” which had been shelved and didn’t surface until the 2010 re-issue as a bonus track.  “Oh, if I can’t have you, I’ll be dreaming all about you, ’cause you always brought the best in me, I’ll be following the river, gonna join hands with the sea…”

One of the great unknown bands of the early 1970s that should’ve made it was Lazarus, a folk rock trio from Texas led by the great singer-songwriter Billie Hughes.  Their debut LP is truly stunning, with gorgeous soft melodies, soothing harmonies and a fine blend of acoustic guitar and piano.”  The album closer, “Rivers,” creatively uses piano to resemble the flow of a river, at first gently flowing and then more aggressively as it hits rapids. In the lyrics, Hughes urges us to live like rivers “which flow freely into the sea, joined in happy congregation.”

Written by Arthur Hamilton in 1953 as a bluesy jazz ballad, this tune was first made famous by Julie London when her smoldering version was featured in the 1956 rock ‘n roll film “The Girl Can’t Help It,” sending it to #9 on the pop charts.  Hamilton came up with the title phrase as a way of expressing bitter heartbreak:  “You say you’re sorry for being so untrue, well, cry me a river, I cried a river over you…”  Most of the 400-plus renditions of the song echoed London’s approach, but Joe Cocker tried a soulful rock arrangement that reached #11 in 1970.

Drake was a tragic example of a very talented musician suffering from “tortured artist syndrome.”  He wrote several dozen beautiful folk-rock tunes over three albums in 1969-1974, yet never achieved much success because of his unwillingness to perform due to a severe depression the made him take his own life.  The self-analysis that marks a song like “River Man” shows his feelings of unworthiness:  “Going to see the river man, going to tell him all I can, if he tells me all he knows about the way his river flows, I don’t suppose it’s meant for me…”

“A river to the ocean goes, a fortune for the undertow, the river empties to the tide, all of this coming your way…”  On the closing track of R.E.M.’s popular 1992 LP “Automatic For the People,” the band reminds us of the inevitability of the river’s waters flowing inexorably to the sea, which can be a powerful metaphor for hope.  This talented group from Athens, Georgia got their start as one of the pioneers of alternative rock and eventually evolved into a more pop/rock sound that took them to the top of the charts in the early 1990s.

In Canada, Mitchell’s home country, rivers often stay frozen over for many months.  When she wrote this gorgeous tune, she was hoping to escape some painful emotional feelings from a romantic breakup and, rather than run away, just skate away on the nearest river.  The song appeared on her 1971 “Blue” album and has become something of a Christmas standard in the years since.  British singer Ellie Goulding had a #1 hit in the UK with her cover of “River” last year.  “It makes me so happy that people have become new fans of Joni as a result,” she said.