I think the main lesson we have been learning (or, more accurately, re-learning) during this pandemic is that we need to be more mindful about putting others’ needs ahead of our own.  Some of us may find it uncomfortable or think it unnecessary to wear masks while out in public, but once we see how we might be infecting others even if we are not sick ourselves, it behooves us to do the right thing and follow the recommended public health guidelines.

So we’re all in this together here in the U.S., but we’re also all part of a global community as co-inhabitants of the same planet.  As the virus has made its way from one continent to all the others, it’s been an appropriate time to think about other peoples, other cultures, other climates and life circumstances, to count our blessings and do what we can for those who are suffering.

In past posts on this blog, I have assembled playlists of U.S. states, American cities and world cities, but I’ve yet to compile a playlist of songs about other countries…until now!  I have selected 15 songs by popular artists with music and/or lyrics that pay homage of some sort to other nations as well as the U.S.A.   Perhaps once the virus has dissipated, we will continue to give more thought to how our actions can affect others, wherever they may be on Earth.  This is my hope for what we all get from this challenging experience.

CSN’s “After the Storm” LP was pretty much a dud critically and commercially, but there are still a few decent tracks buried in there.  One of them is Stephen Stills’ “Panama,” an ode to the Central American country where he spent time in his early years:  “Have you seen Panama, where I first fell in love, it will forever be an emerald necklace set between the seas, so clearly I recall the magic of Panama, and surely never will it let me go, Yo Soy Panameno…”

From U2’s earliest records, Bono and The Edge of been writing songs about the injustices and suffering in countries all over the world.  From the “No Line on the Horizon” LP, Bono wrote this song about his observations from his seat at a cafe in a village struggling to recover from the presence of war:  “Child drinking dirty water from the riverbank, soldier brings oranges he got out from a tank, waiting on the waiter, he’s taking a while to come, watching the sun go down in Lebanon…”

The CBC TV network commissioned Lightfoot to compose this marvelous song as part of Canada’s Centennial celebration in 1967.  The tune tells the story of the Trans-Canada Railway’s construction, balancing the optimism of the 1860s railroad age with the cost in blood and sweat of the “navvies” who labored to get the project completed:  “We are the navvies who work upon the railway, swingin’ our hammers in the bright blazin’ sun, layin’ down track and buildin’ the bridges, bendin’ our backs ’til the railroad is done…”

Taylor brought a new air of positivity to his sixth LP, “Gorilla,” vividly shown in the irresistible leadoff song, “Mexico.”  The lyrics to this buoyant, Latin-influenced tune seem to describe his enjoyable experiences south of the border, but we eventually learn he has been fantasizing about the country and has yet to go there:  “Woh, Mexico, it sounds so sweet with the sun sinking low, moon’s so bright, like to light up the night, make everything all right…”

Guitarist Bob Weir and drummer Mickey Hart collaborated with Dead lyricist Robert Hunter to write a tribute to France for their “Shakedown Street” LP.  Hunter had traveled to the Riviera the previous year and found it every bit as delightful as he anticipated it would be:  “Way down in the south of France, all the ladies love to dance, clap their hands and walk on air, yeah, the feeling’s really there, won’t you take a little taste, raise it to your charming face?…”

Mitchell’s “Dog Eat Dog” LP is full of angry diatribes, a far cry from the emotional heartbreak that made her famous throughout the Seventies.  She was moved to write “Ethiopia,” she said, because of the too-brief concern shown by first-world countries during the terrible famine that has plagued the African nation:  “Betrayed by politics, abandoned by the rains, on and on the human need, on and on the human greed profanes, Ethiopia, Ethiopia…”

This tune, written by Hoyt Axton, may have been a big hit in the US for Three Dog Night, but as the title states, he doesn’t know much about Spain, since he’s never been there.  But he knows enough to know that the indigenous music is lively and the native women are friendly:  “Well, I’ve never been to Spain, but I kinda like the music, say, the ladies are insane there, and they sure know how to use it, they don’t abuse it, never gonna lose it, I can’t refuse it…” 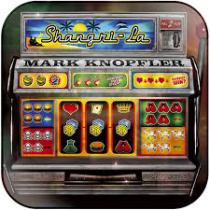 Since the breakup of Dire Straits, songwriter-guitarist Mark Knopfler has quietly yet reliably put out intelligent albums marked by his trademark slow-burn guitar stylings, English folk structures and well-crafted storytelling.  On “Postcards From Paraguay” from his “Shangri-La” album, he describes the life of a criminal on the run:  “I robbed a bank full of dinero, a great big mountain of dough, so it was goodbye companero and cheerio, I couldn’t stay and face the music, so many reasons why I won’t be sending postcards from Paraguay…” 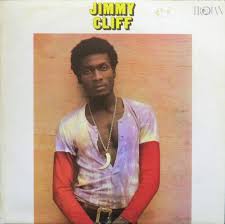 Cliff, was among the first reggae artists to have success with U.S. audiences.  Like Bob Marley after him, Cliff combined a deep spiritual love of life with a fierce message condemning injustice and war.  At the height of U.S. involvement in the Vietnam War, he released this song on his debut album:  “His mother got a telegram, it was addressed from Vietnam, now mistress Brown, she lives in the USA, and this is what she wrote and said: ‘Don’t be alarmed,’ she told me the telegram said, “But mistress Brown, your son is dead…'”

“Careless,” Bishop’s remarkable debut album, is full of gorgeous melodies and polished production.  The #11 hit “On and On” got most of the attention, but I’m also partial to “Little Italy,” Bishop’s appreciation for the Italian neighborhoods that bring spirited cultural life to many major US cities:  “Ah mama, am I holding on to the wings of a prayer, waiting for Rosie, tell me, do you think she cares, ah, dancing in the streets, in little Italy, ah, they’re all dancing in the streets in Little Italy…”

Born in Scotland, Anderson also spent his formative years in England, and has lived in both countries off and on his whole life.  His love of native folk music is visible through much of the lighter acoustic numbers in the Jethro Tull catalog, and this song, from his debut solo LP “Walk Into Light,” celebrates England’s natural beauty and traditions: “Somewhere in a town in England, could be Newcastle, Leeds or Birmingham… and were you made in England’s green and pleasant land?…”

This is a powerful piece about a land most of us will never know or understand.  Taylor’s lyrics do a superb job in giving a mini-history lesson and a look at what U.S. soldiers found during their tours there:  “They fought against the Russians, they fought against the Brits, they fought old Alexander, talking ’bout him ever since, and after 9/11, here comes your Uncle Sam, another painful lesson in the far Afghanistan…  I expected to be hated and insulted to my face, but nothing could prepare me for the beauty of the place…” 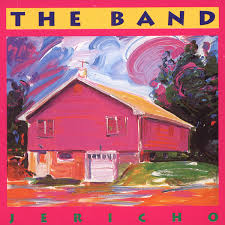 The Band had dissolved in 1977, but they reunited without Robbie Robertson to record the LP “Jericho.”  On “Move to Japan,” drummer/singer Levon Helm was inspired to write about a friend who gave up on the U.S. job market in favor of Japan’s:  “From the unemployment line I see lots to be done, and they’re taking all hands in the land of the risin’ sun, I love my mom and my apple pie, but sayonara Uncle Sam, hello Samurai, hey, we’re gonna move to Japan, the home of the working man…”

Natural disasters and a military crackdown by the ruling government had brought about hundreds of thousands of deaths in East Pakistan, soon to be known as Bangla Desh.  Harrison’s friend Ravi Shankar, a Bengali native, solicited help from the sympathetic former Beatle, and the result was the “Concert for Bangla Desh” charity event and album, and the “Bangla Desh” single:  “Bangla Desh, Bangla Desh, where so many people are dying fast, and it sure looks like a mess, I’ve never seen such distress, now won’t you lend your hand, try to understand, relieve the people of Bangla Desh…”

This amazing song from Simon’s “There Goes Rhymin’ Simon” LP turned out to be prescient about what we’ve been facing here in 2020, and I thought it would be the perfect song to welcome us back home after our trip around the world:  “Well, we come on a ship they call the Mayflower, we come on a ship that sailed the moon, we come in the age’s most uncertain hour and sing an American tune, oh but it’s all right, it’s all right, we can’t be forever blessed, still tomorrow’s gonna be another working day, and I’m trying to get some rest, that’s all, I’m just trying to get some rest…”