Somehow I’ve missed an obvious one:  Songs about money.

I’ve found nearly 30 songs from the ’60s, ’70s and ’80s by songwriters who have explored the way money affects people, both positively and negatively.  I have put together my selection of a dozen songs with money in the title, and another 16 “honorable mention” choices.  I realize this leaves out certain songs that are clearly about money, but they don’t mention it in the title.  Hall and Oates’ “Rich Girl” is a prime example (but I’ve used a lyric from the tune as the title of this post).  No doubt there are others my readers can think of that ought to be here.  My apologies for the omissions.

In these strange times, if you’re about to review your finances, maybe stop first and check out this playlist, just to escape for a bit.  Hack’s Back Pages hopes for better financial news for everyone as we look to the future.

Written by Motown founder Berry Gordy and Janie Bradford in 1959 specifically for Strong to record, the song grew from a spontaneous session with Strong on piano and, incredibly, a couple of anonymous neighborhood teens on guitar and bass.  It became Motown’s (actually sister label Tamla’s) first hit, a #2 smash on Billboard’s R&B charts, and it reached a respectable #23 on the pop charts in early 1960.  Several other artists have recorded “Money” over the years, most notably The Beatles, whose cover version appeared on their “With The Beatles” LP in 1963 in the UK and “The Beatles’ Second Album” in 1964 in the US, which was my introduction to the song.

Kenny Gamble and Leon Huff, songwriters and producers for their own Philly International label, came up with this song for The O’Jays to record for their “Ship Ahoy” LP, and it became their fourth Top Ten hit on the pop charts in early 1974.  The single version was only 3:42, but the album version (included on the Spotify playlist below) clocks in at over seven minutes.  The title comes from the oft-cited Bible verse:  “For the love of money is the root of all evil: which while some coveted after, they have erred from the faith…”  The tune’s lyrics warn about how money can turn people greedy and selfish:  “I know money is the root of all evil, /Do funny things to some people, /Give me a nickel, brother, can you spare a dime, /Money can drive some people out of their minds…”  Other artists who have recorded the song include Defunkt, Erroll Starr and Todd Rundgren’s Utopia. 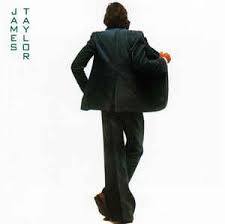 By the time he was writing and recording his sixth album, “In the Pocket,” Taylor was doing pretty well for himself, with four Top Ten albums and three Top Five singles.  He was now wealthy, and it occurred to him it might be interesting to write an energetic, whimsical song about how money can have an addictive pull to it.  A rollicking beat, a horn section and a chorus of voices made “Money Machine” easily one of the LP’s most compelling tunes, complete with plenty of self-deprecating humor in the lyrics:  “When I began the game, see me singing about fire and rain, /Let me just say it again, I’ve seen fives and I’ve seen tens, /It was a strong hit from the money machine, sitting on top, on top of the world…” 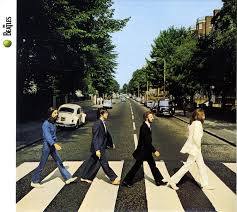 In early 1969, The Beatles were struggling to keep it together.  Too much of their time, it seemed, was spent in business meetings discussing financial matters when they would have preferred to be creating new music.  Paul McCartney poured his frustrations into this unforgettable track that kicks off the famous “Beatles Medley” which fills nearly all of Side Two of “Abbey Road.”  The lyrics succinctly capture McCartney’s sinking feeling of an impending break-up, and hoping he can avoid the negotiations and investigations about the “funny paper” and instead just “step on the gas and wipe that tear away.”  Within the year, the band would be no more…but the financial entanglements continued for several more years.

Miller certainly has shown he knows how to write “earworm” tunes that get a ton of airplay.  One of them is “Take the Money and Run,” a road song about Billy Joe and Bobbie Sue, perhaps the most famous pair of robbers since Bonnie and Clyde.  I can’t help but mention what I think is one of the worst rhymes in pop music:  “Billy Mack is a detective down in Texas, /You know he knows just exactly what the facts is…”  Groan.  In Miller’s tale, crime paid off — “They got the money, hey, you know they got away, /They headed down south and they’re still running today…”  No doubt they’re still playing the song somewhere today too — it reached #11 in 1976, the first of three hits from the band’s Top Five LP, “Fly Like an Eagle.”

John and Billy Valentine were a soul duo from Ohio who had moderate success in the late ’70s and early ’80s.  They wrote “Money’s Too Tight to Mention” about their financial woes and made it into a minor hit on the R&B charts.  When British soul singer Mick Hucknall and his band Simply Red were preparing their 1985 debut LP, “Picture Book,” they recorded mostly originals but so loved the Valentines’ song that they made it their debut single, peaking at #28 in the US and #13 in the UK.  The group’s #1 ballad, “Holding Back the Years,” got all the attention, but I prefer the vibe of this track and its lyrical focus on making ends meet:  “I been laid off from work, my rent is due, /My kids all need brand new shoes, /So I went to the bank to see what they could do, /They said, ‘Son, looks like bad luck got a hold on you, /Money’s too tight to mention…” 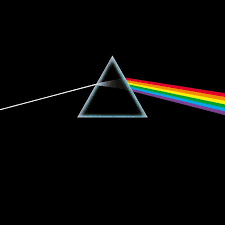 In 1993, on the 20th anniversary of the release of Pink Floyd’s legendary “Dark Side of the Moon,” Roger Waters was quoted as saying, “Money interested me enormously at that time.  I remember thinking, ‘Well, this is it.  I have to decide whether I’m really a socialist or not.’  I’m still keen on a general welfare society, but I became a capitalist that year.  You have to accept it.  I remember coveting a Bentley like crazy.”  The song, which  includes multiple sound effects of coins jingling and cash registers, reached #13, the band’s first appearance on the US singles charts.  (The album, of course, went to #1 and has sold an estimated 45 million copies.)  In the lyrics, Waters only half-jokingly sings about now being able to buy a football team or a Lear jet.

This song was written by Rob Gray, keyboardist and lead singer of an Atlanta-based band called The Brains, who first released it as a single in 1978 and then re-recorded it for their debut LP in 1980.  Gray said he wrote it after being dumped by his girlfriend, who left him for a wealthier guy.  Three years later, as Cyndi Lauper was gathering material for her solo debut album, “She’s So Unusual,” she came across the tune and decided to turn it into an alluring piece of synth-pop that would be the album’s leadoff track.  As a single, it stalled at #27, far less successful than four other singles from the LP, but the album stayed on the charts for 77 weeks.  The lyrics tell Gray’s tale of how money does indeed change things:  “We swore each other everlasting love, /She said, ‘Well yeah, I know, /But when we did, /There was one thing we weren’t really thinking of, /And that’s money…'”

The late Zevon, who died in 2003 at age 56, was critically acclaimed for his pointed, often macabre lyrics, which are in full evidence on “Excitable Boy,” his third album and biggest commercial success, peaking at #8 in 1978.  He wrote almost gleefully about serial killers, werewolves and headless gunners, and in “Lawyers, Guns and Money,” he described the danger that a young American man might confront in Cold War-era Latin America:  “I was gambling in Havana, /I took a little risk, /Send lawyers, guns and money, /Dad, get me out of this…  Now I’m hiding in Honduras, /I’m a desperate man, /Send lawyers, guns and money, /The shit has hit the fan…” 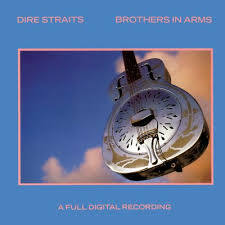 Singer/songwriter/guitarist Mark Knopfler was in an appliance store in New York one day when he heard an employee who spent all day moving refrigerators and dishwashers complaining to himself about the rock singer he was watching on the TV.  “That ain’t workin’,” he said, but added enviously, “That’s the way you do it — get your money for nothing and your chicks for free!”  Knopfler was amused by this and thought it would be appropriate subject matter for a song on Dire Straits’ album in the works, “Brothers in Arms.”  Sure enough, “Money For Nothing” ended up becoming one of the biggest singles of 1985, spending three weeks at #1 in the US.  Just like the guy in the MTV video, Knopfler made himself a pile of money — not for “nothing” but for writing and recording the hit song based on that overheard conversation. 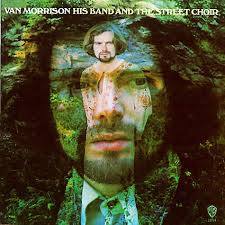 Urban Dictionary defines “blue money” as “money that a person or business spends with poor management or accountability.”  In other words, it’s spent frivolously on fun things.  We all fall prey to that temptation on occasion, and Morrison chose to write about it in his catchy tune from the 1970 album “His Band and The Street Choir,” the great follow-up LP to “Moondance.”  You’ll notice the lyrics talk about spending “her blue money,” not his.  He said the song is based on the theme of the 1950 #1 hit by Lefty Frizzell, “If You’ve Got the Money, I’ve Got the Time.”  Morrison’s tune reached #23 on the US charts in early 1971, one of only four times he made the Top 40 in his lengthy career as a recording artist.  He’s still releasing albums of new songs nearly 50 years later. 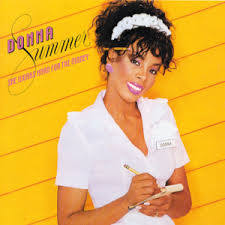 Keyboardist/producer Michael Omartian, known for his work with artists like Christopher Cross, Steely Dan, Seals and Crofts and Johnny Rivers, co-wrote this song with Summer, which became a #3 hit on the pop and dance charts in 1983 and one of her signature tunes.  Summer said she was inspired by an encounter with a restroom attendant in a high-end L.A. restaurant who struggled to get along on tips alone.  The music video featured Summer as a leader of a troupe of women dancing in the street in their work uniforms, proudly seeking recognition for the work they do every day.  The verse about the restroom attendant explains her sense of purpose:  “She’s seen a lot of tears of the ones who come in, /They really seem to need her there, /It’s a sacrifice working day to day for little money, just tips for pay, /But it’s worth it all to hear them say that they care, /She works hard for the money…”