And yet another rock music great has fallen.  It’s been a rough year so far.

Glenn Frey — guitarist, singer, songwriter, party boy, co-founder and co-leader of the enormously successful Eagles — died January 18th at age 67 of complications from rheumatoid arthritis, ulcerative colitis and pneumonia. Unbeknownst to most people, he had been battling the disease for 15 years.  “He had a complex medical history,” said longtime friend and collaborator J. D. Souther.  “In the end, all those things ganged up on him.”

Don Henley, with whom Frey co-wrote much of the Eagles’ repertoire, clearly had the best voice and sang lead on most of their songs.  But Frey sang lead vocals on more than a

dozen tracks, including huge hits like “Peaceful Easy Feeling,” “Take It Easy,” “Tequila Sunrise,” “Already Gone,” “Lyin’ Eyes,” “New Kid in Town” and “Heartache Tonight.” Perhaps more important, Frey did a great deal of the vocal arranging, for which he deserves long-overdue credit.  The Eagles’ lush harmonies were their trademark, their strong suit, from the very first recording sessions right up through their most recent tour in 2015.

Frey also enjoyed an enviable solo career in the Eighties during the band’s hiatus, with three Top 40 albums and seven Top 20 singles, including the huge hits “The Heat is On” and “You Belong to the City” from the “Beverly Hills Cop” film and the “Miami Vice” TV show, respectively.  He even did a formidable job covering a handful of Sinatra-era standards on his “After Hours” album in 2012.

No one is saying yet if The Eagles will continue performing without Frey.  All Henley has said so far is, “It will be very strange going forward in the world without him in it.  I will be grateful every day that he was in my life.  Rest in peace, my brother.  You did what you set out to do, and then some.”

One of the things I’ve found most interesting about this celebrated band is this:  Despite enormous success in their initial run (1972-1980), an album (“Greatest Hits, 1971-1975”) that is the second best-selling album of all time after “Thriller,” sell-out crowds at nearly every concert they’ve staged in the 20-plus years since they reunited in 1994 — despite all that, there has always been a segment of the population and the music press that thoroughly HATES the Eagles.

Me, I can’t say I ever really loved the Eagles, but I certainly never hated the Eagles, either. I was kind of ambivalent.  I liked them fine, and even loved specific songs (Henley’s piano ballad “Desperado,” Joe Walsh’s charming “Pretty Maids All in a Row,” the iconic anthem “Hotel California”), but I just didn’t seem to latch on to them as a real favorite. Maybe part of it was the fact that, from 1975 on, it seemed that radio stations played an Eagles song every eight minutes, and I grew sick of them.  I’ll say this:  I appreciate their songs and their albums (including their underappreciated 2007 double album “Long Road Out of Eden”) much more now in hindsight.

So why the intense vitriol from critics?  Why, when you Google “hate the Eagles,” are there dozens of articles and websites full of negative commentary?  What did they do to piss off so many people?

Interestingly, even the most vocal anti-Eagles critics still gave at least grudging respect

for their impeccable harmonies, the excellent musicianship (particularly the guitars), and the top-flight production values of their recordings.  And they couldn’t deny the quality and likability of many of their songs, and the increasingly perceptive and sophisticated lyrics, penned largely by English major Henley.

Mostly, I think, the Eagles were hated as people.  In their formative years, the band members — Frey and Henley in particular — admitted some insecurity about their abilities, and they developed very thin skin when it came to criticism from the press or other artists.  Indeed, the influential Gram Parsons of the Byrds and Flying Burrito Brothers dismissed them right off the bat as poseurs playing “plastic country rock” without the pedigrees to lead the movement underway in the early ’70s.  That stung, said Frey at the time, and the effects from that kissoff snowballed over the years.

Several critics, including Robert Christgau and Charles M. Young of Rolling Stone, thought the Eagles — again, Frey and Henley in particular — were “insufferable assholes.”  They took to referring to the band as “The Egos” because of their perceived vanity and arrogance.  Henley admits, “We’d been abused and mocked by the press, so we soon developed a ‘f–k you’ attitude toward them.  We stopped doing interviews.  We decided they needed us more than we needed them.”

And yet, reviews of their first few albums were overwhelmingly positive.  As writer Andrew Vaughan put it in “The Eagles FAQ,” part of the FAQ Series of entertainment industry books, “Maybe by focusing on the rare criticisms within generally positive critiques, Henley and Frey did indeed develop a mistrust for the press.”

The band felt they were merely being defensive against what they viewed as unfair swipes by East Coast writers who had a grudge or agenda against LA-based bands who they believed didn’t subscribe to the righteous Sixties hippie ethic, that they were in it for the money rather than the art.  “Listening to the Eagles has left me feeling alienated from the things I used to love,” wrote Christgau.  Critics indeed derided the Eagles’ profit-driven corporate business model, but in reality, it seemed the band was hated precisely because they became so spectacularly wealthy and successful.

“We thought of the Eagles as the rock and roll Camaro, the best-designed car of the ’70s,” said Frey, “and we were always trying to improve the basic design.  We recognized that rock and roll was a war of attrition.  The longer you survive, the more you become an institution.”

We all know that institutions, as far as the counterculture was concerned, were there to be bashed and vilified.  Punk bands, too, ridiculed the “dinosaur” artists like Pink Floyd, Billy Joel, CSNY, The Who…and yes, the Eagles, even though only a few years earlier they had been hailed as upstart newcomers, as creative innovators, as rock and roll outlaws.

Even within the band itself, there were personality problems.  Founding member Bernie Leadon left in disgust at Frey’s and Henley’s power grab and the band’s move away from country and towards rock.  Guitarist Don Felder, who joined in 1974, had a huge fight with Frey at their final gig in 1980, and although he was invited back to take part when the Eagles reunited in 1994, he was ultimately fired in 2000 after demanding a greater share of the profits and the decision-making power.

Elsewhere in the culture, the Eagles took a few shots.  Jeff Bridges’ character The Dude in “The Big Lebowski,” a movie and character that has taken on cult status since its modest release in 1998, was infamous for his dislike of the Eagles.  In one scene, he screams at his cab driver, “Hey, can you change the damn station??  I hate the fuckin’ Eagles, man!” Mojo Nixon, an American musician who specialized in songs that parodied pop culture icons like David Geffen and Debbie Gibson and Rick Astley, even had one song entitled “Don Henley Must Die.”

As for the band members being prickly and even unpleasant, so what?  What does that have to do with their talent and the appeal of their recorded legacy?  Many rock music artists of unquestioned esteem are notoriously self-absorbed and distant:  Bob Dylan.  Van Morrison.  Prince.  Kurt Cobain.  Even John Lennon at times.

And scores of very successful rock bands — Foreigner, The Bee Gees, Kiss, even Led Zeppelin — have taken heat from critics and portions of the music-loving public that just flat out don’t like them.  That’s just the way it is.  After all, there’s no accounting for tastes and preferences… 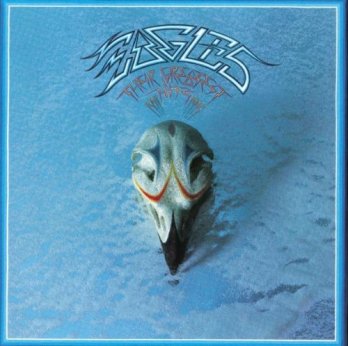 In the end, The Eagles certainly had the last laugh.  They endured and outlasted the critics who trashed them. (Some say the line I used as the title for this essay is a reference to this victory.)  They sold about a billion records and are held in high esteem by not only an enormous swath of the music-loving public but by many of their industry peers as well. For instance:

“The Eagles were making country music more mainstream in the ’70s, not a million miles from what Nashville is still trying to do today.”  Garth Brooks

“The Byrds and The Eagles, man, they showed that folk and country music could be mixed up with rock and roll and it would work.”  Tom Petty

“They were always very controlled, perfect on stage, whereas Stills and Nash and I were more improvised.  They had such great songs.”  David Crosby

“The songs, the harmonies, the perfection…I don’t think they ever really got the credit they deserved.”  Stevie Nicks

“Simply one of the best groups, especially vocally, of all time, in my opinion.  So inspirational.”  Shania Twain

So today, let us salute Glenn Frey and his widely loved band, The Eagles.  From their country rock roots with Leadon and Randy Meisner to their harder-rocking days with Felder, Walsh and Timothy B. Schmit, the Eagles and their main axis of Frey and Henley insisted on two things: excellence and fun.  “We didn’t release something until we were totally satisfied with it,” said Henley in 2013, “and for the most part, we had a hell of a great time doing it!”