And yet another rock music great has fallen.  It’s been a rough year so far.

Glenn Frey — guitarist, singer, songwriter, party boy, co-founder and co-leader of the enormously successful Eagles — died January 18th at age 67 of complications from rheumatoid arthritis, ulcerative colitis and pneumonia. Unbeknownst to most people, he had been battling the disease for 15 years.  “He had a complex medical history,” said longtime friend and collaborator J. D. Souther.  “In the end, all those things ganged up on him.”

Don Henley, with whom Frey co-wrote much of the Eagles’ repertoire, clearly had the best voice and sang lead on most of their songs.  But Frey sang lead vocals on more than a 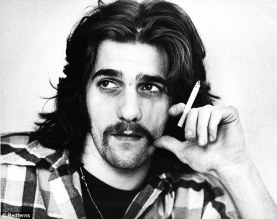 dozen tracks, including huge hits like “Peaceful Easy Feeling,” “Take It Easy,” “Tequila Sunrise,” “Already Gone,” “Lyin’ Eyes,” “New Kid in Town” and “Heartache Tonight.” Perhaps more important, Frey did a great deal of the vocal arranging, for which he deserves long-overdue credit.  The Eagles’ lush harmonies were their trademark, their strong suit, from the very first recording sessions right up through their most recent tour in 2015.