In November 1969, these lyrics came over the pop music station airwaves.  It had not been unusual in country music, folk music or, obviously, gospel music for songs to focus on God, Jesus, religion or spirituality.  But this was different.  “Superstar” was decidedly a rock song, the lead single from a bold rock opera about the final days of Christ.  And many people found it shocking, offensive, blasphemous.

But the period from 1969-1972, as it turned out, was a particularly fertile time for religion in mainstream music.  Songs and albums that featured religious or spiritual themes started showing up in the work of major rock artists, and by and large, it was warmly accepted.

Rock and roll, that rebellious genre of “demon music” that mixed R&B, country, blues, and folk into a sensual stew that changed the face and direction of popular music, had now joined the party to celebrate spirituality. 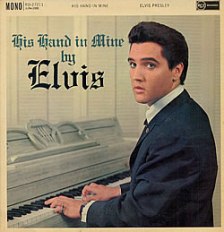 Technically, the marriage of rock ‘n roll and religion got wheels when Elvis Presley, he of the swinging hips and sexual persona, put out “His Hand in Mine,” the first of three gospel albums in 1960.  Growing up in Tupelo, Mississippi, Presley had roots in gospel music, so it was certainly no stretch for him to record such songs as “In My Father’s House,” “I Believe in the Man in the Sky” and “Swing Down Sweet Chariot.” He sang them respectfully in soothing arrangements, with none of rock’s swagger or downbeat.

There were other examples of religious lyrics in the early days of rock — The Platters’ “My Prayer” spent five weeks at #1 in 1956, and their recording of “It Is No Secret What God Can Do” was #1 in 1957 — but you didn’t see it much on the Top 40 charts, only as deep album tracks on LPs few people bought.

Folk acts like Peter Paul & Mary covered traditional gospel songs like “If I Had My Way,” “Man Come Into Egypt” and “Very Last Day,” and Simon and Garfunkel’s debut album included such tracks as “You Can Tell the World,” “Go Tell It On the Mountain” and “Benedictus.”  The Byrds’ merging of folk and rock in 1965 resulted in two #1 songs, the second being “Turn! Turn! Turn!,” a Pete Seeger tune that utilized words from the Book of Ecclesiastes.

But religious/spiritual rock lyrics didn’t truly start heating up until the late ’60s when artists like George Harrison, Carlos Santana, Steve Winwood and Eric Clapton showed interest in such matters and incorporated them into their music.  Winwood’s first band, Traffic, kicked off its first album with a track that said, “Guiding your visions to heaven, and heaven is in your mind…”  Clapton had left the power blues trio Cream and formed Blind Faith with Winwood, and he started to look inward.  “For the first time, I was truly happy,” he said, and he wrote about it in the album track “Presence of the Lord”:  “Everybody knows the secret, everybody knows the score, I have finally found a place to live, in the presence of the Lord…”

In early 1970, a one-hit wonder named Norman Greenbaum got things rolling with the overt “Spirit in the Sky,” which reached #3 and dovetailed with the Born Again Christian movement that took hold during that time.  Sample lyric:  “Prepare yourself, you know it’s a must, gotta have a friend in Jesus, so you know that when you die, he’s gonna recommend you to the spirit in the sky…”   The Beatles’ second-to-last #1 single, the hymn-like “Let It Be,” began with “When I find myself in times of trouble, Mother Mary comes to me,” and although Paul McCartney has said the reference is to his own mother, Mary, many chose to interpret it as the Virgin Mary.

Harrison’s grand debut as a solo artist, “All Things Must Pass,” was a heartfelt outpouring of spiritual songs like “Hear Me Lord,” “Art of Dying,” “Awaiting on You All,” “All Things Must Pass,” and of course, the international #1 hit, “My Sweet Lord”: “I really want to know you, I really want to go with you, I really want to show you, Lord, that it won’t take long, my Lord…”  The lyrics mixed the celebration of traditional Western faiths with Eastern religions, alternating “Alleluia” with “Hare Krishna.”   The “Jesus Christ Superstar” double LP came out around the same time, and the two albums took turns holding the #1 spot on the US album charts for the first ten weeks of 1971.

‘s more subversive side surfaced in the spring that year with Jethro Tull’s popular “Aqualung” album, which featured several songs that were highly critical, not of God, but of the trappings and dogma of organized religion.  “My God” featured lyrics like:  “People what have you done, locked Him in His golden cage, made Him bend to your religion, Him resurrected from the grave, He is the God of nothing if that’s all that you can see, You are the God of everything, He’s inside you and me…”  From the same album, “Wind Up” vilified the church schools of England with lines such as “I don’t believe you, you have the whole damn thing all wrong, He’s not the kind you have to wind up on Sundays…”

And the examples just kept on coming:  Stephen Stills and his band Manassas offered up “Jesus Gave Love Away for Free” in 1972;  ZZ Top included “Jesus Just Left Chicago” on its 1973 LP, “Tres Hombres”;  I was surprised to learn that the hard rock band Queen, on its 1973 debut, had a song simply called “Jesus”:  “It all began with the three wise men, followed a star, took them to Bethlehem, and made it heard throughout the land,born  was the leader of man, all going  down to see lord Jesus…”

Sometimes just a brief line of a song made a spiritual reference.  In Five Man Electrical Band’s anthem “Signs,” the final verse says, “So I got me a pen and a paper and I made up my own little sign, I said, ‘Thank you, Lord, for thinking ’bout me, I’m alive and doing fine…”  Don McLean’s huge 1972 opus “American Pie” wrapped up with “And the three men I admire the most, the Father, the Son and the Holy Ghost…”

Cat Stevens took a hymn called “Morning Has Broken” and made it a #6 song in 1972.  Santana became a devotee of Sri Chinmoy in 1973 and collaborated with John McLaughlin and Mahavishnu Orchestra to create the jazz fusion album “Love Devotion Surrender.”

By the 1980s and 1990s, Christian Rock became a thing, with numerous bands like DC Talk and Stryper, and later, Jars of Clay and Switchfoot, becoming very popular.  At the same time, the superstar group U2 showed it had deep spiritual roots with songs like “I Still Haven’t Found What I’m Looking For,” “If God Will Send the Angels,” “Yahweh” and “Moment of Surrender.”

There’s never been a shortage of hedonism in rock and roll.  Sex, drugs, dancing, partying, “if it feels good, do it” — all these themes are pervasively covered by many artists.  But there’s also room for songs of love, peace and understanding, and songs more obviously about religion and spirituality.  Clearly, there’s room for all of it.  It’s part of what makes rock music so invigorating.

Damn!  Another major rock music figure from the late ’60s/early ’70s passed away last week.  2016 has been a particularly brutal year in that regard… Apparently this is the time in the lifespan of baby boom folks to watch as a whole slew of our generation’s musical idols leave us.  And now, sadly, tragically, it’s Keith Emerson’s turn.

I’ll pause for a moment as those from other generations ask, “Who?”

From 1970 until about 1978, one of the biggest bands in the UK and the US was the British trio Emerson, Lake and Palmer, trendsetters in the British progressive rock genre and trailblazers in the sometimes uneasy merger between rock and classical music so prevalent at that time.