As a diehard rock music fan from Cleveland, I’ve always been proud to note that when the late great David Bowie made his American concert debut in 1972 in support of his phenomenal game-changing album “The Rise and Fall of Ziggy Stardust and the Spiders from Mars,” he did so from the stage of Music Hall in Cleveland Public Auditorium.

Sadly, I was a couple of months late to turn on to this strange new British sensation with the orange hair, bizarre costume and alien persona, so I wasn’t in attendance.  But once I heard the explosive, revolutionary sounds of “Suffragette City,” I ran out and bought the

album, and played it incessantly for months.  Such an incredible record full of dynamic, in-your-face music — “Moonage Daydream,” “Starman,” “Hang On To Yourself,” “Rock and Roll Suicide,” and the indelible title track…

But he’s gone now, damnit.  Dead of liver cancer at age 69.  We lost a musical giant, a real Major Tom, this month.

Over the course of 28 albums in nearly 50 years, Bowie clearly earned his reputation as the Chameleon of Rock, continually changing musical styles, personas, accompanying musicians, producers, fashion and more, often with little regard for how it might appeal to his fan base or the commercial charts.  “My reason for performing is not to please an audience,” he said in 1997.  “It’s to present what I think are exciting new ideas.”

Exciting and new were both understatements.  As Entertainment Weekly put it in describing his Ziggy period, “No one had seen (or heard) anything like him in pop music before.  Here was a guy performing with cabaret-glam theatricality in women’s clothing — but he was playing loud, tough, hummable rock songs.  It started Bowie on the road to being a barrier-busting hero who acted as an avatar for gender fluidity before that was even a term.”

release until only days before his death, shows him still successfully innovating, still pushing the envelope in riveting ways.  The album’s seven tracks are dark yet accessible, especially the forbidding “Lazarus,” which rather blatantly refers to the hereafter:  “Look up here, I’m in heaven, I’ve got scars that can’t be seen.”  The album’s heartbreaking closer, “I Can’t Give Everything Away,” may be one of his very best compositions ever.

The fact that he worked with a fairly astonishing array of artists over the years speaks volumes about not only his enthusiasm for trying new things but also the eagerness of others to work with him. Early on, it was glam-rocker Marc Bolan of T. Rex, Iggy Pop, Lou Reed (the “Transformer” album), Mott the Hoople (“All the Young Dudes”) and guitarist Mick Ronson (a key member of his Spiders From Mars band).   Later, he recorded with the likes of David Sanborn (“Young Americans”), John Lennon (“Fame”), Freddie Mercury (“Under Pressure”), Stevie Ray Vaughan (the “Let’s Dance” album), Tina Turner (“Tonight”), Pat Metheny (“This Is Not America”) and Mick Jagger (the “Dancing in the Streets” single).  More recently, he performed with Foo Fighters, Smashing Pumpkins’ Billy Corgan, Moby, toured with Nine Inch Nails, and recorded with Arcade Fire.

And talk about thinking outside the box:  In 1976, he recorded an are-you-kidding-me duet of the Christmas classic “The Little Drummer Boy” with the ageless crooner Bing Crosby.  His final live performance, in fact, was a duet on “Changes” with none other than Alicia Keys in New York City in 2006.

Born David Robert Jones in working-class England in 1947, he showed an interest in music at an early age, learning recorder and ukulele and singing in the school choir.  He especially shone in a “music and movement” class that presaged his mesmerizing stage shows.  His father changed his life the day he brought home a stack of 45s of American artists, including Fats Domino, John Coltrane and particularly Little Richard’s “Tutti Frutti.”  Said Bowie later about that recording:  “I thought I’d heard God.”

He moved through a number of ragtag rock bands in his teen years, playing saxophone and guitar and often handling lead vocals, even winning a contract or two along the way, but nothing came of the records from that period.  In 1966, Davy Jones of The Monkees became a celebrity, so Jones quickly changed his name to Bowie (named after “the ultimate American knife”).  At age 22, he landed with a major label and released “Space Oddity,” just in time to coincide with the Apollo moon landing in the summer of 1969.  The sad tale of the lonely astronaut, combined with groundbreaking sonic effects and delivery, pushed the single to #5 in the UK and established him as a star in the making.  His time hadn’t yet come in the US; the song stiffed here at #75.

Over the next four years, the extraterrestrial, apocalyptic themes Bowie explored in the songs on “Hunky Dory,” “Ziggy Stardust,” “Aladdin Sane” and “Diamond Dogs” established him in some circles as one of the most literate of rock music songwriters, and his gender-bending appearance and eye-popping concerts opened the doors to a whole new pop subculture in the ’70s.  Although he nurtured a certain mysteriousness about his sexuality, he married Angie (the same “Angie” from the 1973 Rolling Stones song) in 1970 and they produced a son, Duncan Zowie Jones, soon after.  Although the couple divorced in 1980, Bowie received custody and has been, by all accounts, a great father to his son, now 44. 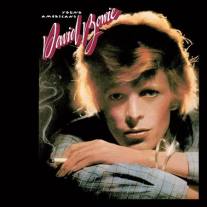 His first act of reinvention came in the form of his R&B/soul infatuation on “Young Americans,” including the danceable title track and his first US #1 hit, “Fame.”  His glam-rock fans were none too keen with this development, but no matter, he soon moved on to the more minimalist electronic-based music found on “Station to Station” and the three albums recorded in Germany (“Low,” “Heroes” and “Lodger”), where he fled to kick a nasty cocaine habit and absorb new influences with producer Brian Eno.

By the early ’80s, MTV had arrived, and Bowie, who had already been ahead of the curve creating unusual music videos for his singles, saw the time was right for another sharp turn toward the commercially accessible.  He teamed up with the great Niles Rodgers producing and topped the charts with one of my favorites, “Let’s Dance,” with its singles 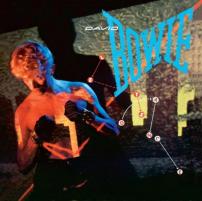 “Modern Love,” “China Girl,” “Cat People (Putting Out Fire)” and the irresistible title track.  He now sported a shock of bright blond hair and wore sleek tailored suits. The set lists for his Serious Moonlight Tour, and the Glass Spider Tour that followed four years later, was full of his biggest crowd-pleasing hits and packed arenas all over the world.

Next:  Another change, of course.  In 1989, Bowie formed Tin Machine, a four-man band heavy on distortion and radio-unfriendly mixes, and just like that, he disappeared from the charts and the public favor.  But he simply didn’t care about that; he was doing what he wanted, as he always had.  Throughout the 1990s, he ran the gamut of styles, both catchy and not so much, and despite a few radio-friendly singles (“Jump They Say” in 1993 and “Little Wonder” in 1997), his albums went largely ignored, although appreciated by savvy critics and the usual faithful fan base. 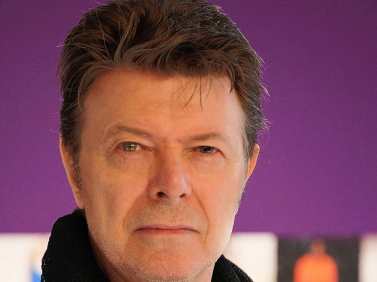 Not incidentally, during the decade he met and married supermodel Iman, and they eventually had a daughter Alexandria, now 15.  Bowie returned to touring to support 2002’s “Heathen” and 2004’s “Reality,” but he suffered a mild heart attack and required surgery.  To the surprise and disappointment of many, he seemed to retire from both live performances and the recording studio for nearly ten years, apparently happy to raise his daughter and live a life of relative leisure, only occasionally surfacing for the rare public event or charity.

His triumphant return to the studio with 2013’s “The Next Day” was rapturously received, but no tour followed, which hurt sales and dashed any chance of Bowie reclaiming the spotlight for more than a fleeting moment.  Did he care?  Not really.

As it turns out, his health was failing, and soon he was diagnosed with cancer, which he bravely battled for nearly 18 months, recording two dozen songs, unearthing shelved tracks to spruce them up for possible release and, most impressively, spearheading an off-Broadway musical, “Lazarus,” based on a new song.  All this flurry of activity had a motive:  He was urgently pressing to get things done in the little time only he and a few others knew he had left.

Less known, or sometimes overshadowed by his music, was his acting career.  Bowie turned in some exemplary performances in starring roles for “The Man Who Fell to Earth” 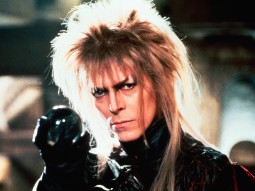 (1976) and “Labyrinth” (1986), and also offered up some memorable moments in Christopher Nolan’s “The Prestige,” Tony Scott’s “The Hunger” and even a cameo in the comedy “Zoolander.”  The film people idolized him but found him self-effacing, approachable and willing to acquiesce to their direction.  “He had a level of charisma beyond what you normally experience, and everyone really responded to it,” said Nolan. “He was very gracious and understood the effect he had on people.  And I loved the fact that after having worked with him, I had just the same fascination with his talent and charisma.  I thought that was quite magical.”

Martin Scorsese, who directed him in a small part for “The Last Temptation of Christ,” said, “He was a delight to work with.  It’s not news to anyone that his image and his focus were always changing, always in motion.  I found him to be a compelling character.”

I, for one, shall miss him greatly.

“So I turned myself to face me, but I’ve never caught a glimpse of how the others perceive the faker, I’m much too fast to take that test…”

I once saw a posting on Facebook that said, “There’s a time in one’s life when it’s appropriate to stop having birthday parties.  That age is 11.”

But really, don’t we go a little crazy about the whole birthday thing?  It’s just another day on life’s journey, isn’t it?  Apparently not, say some folks, who relish the opportunity to shower friends and loved ones with loads of attention one day every year, whether it’s a milestone birthday or not.

Ah well.  If birthdays are going to continue to be commemorated, it’s always good to have some appropriate songs to mark the occasion.  I’ve taken the liberty of compiling an eclectic list of tunes — some hits, some obscure, some joyous, some reflective — that can come in handy when you want to pay respect to, or reflect upon, the act of aging, turning another year older, growing up, the passing of another year:

A classic slice of doo-wop that hit #5 on the charts in the early years of the rock era.   It was written by Margo Sylvia and Gilbert Lopez, and Sylvia sang lead vocals on the track.  Sylvia wrote the lyrics about her recent breakup with her boyfriend and how much she wanted to be by his side on his birthday.  This one was covered by such luminaries as Dolly Parton, Willie Nelson, Sandy Posey, Ronnie Milsap and Wanda Jackson.