In 1969, after ten long years together living their lives in a bubble, touring and recording, The Beatles were just plain sick and tired of each other.

They were no longer giddy 19-year-olds, they were married 29-year-olds.  They’d done it all — world tours, movies, an incredible run of #1 hits and albums, 220 songs in all.   They’d rewritten the rules on the impact that music could make on popular culture.  But they were spent, and you couldn’t blame them for deciding to call it a day.

Just for fun, let’s pose this question:  What if Lennon, McCartney, Harrison and Starr had taken a well-needed break — six months, nine months, maybe a year — and then reconvened to assemble one last fabulous album?

Take a good look at the singles and albums each Beatle member released in the 18 to 24 months immediately following the band’s breakup.  There are some really outstanding tracks to be found there — some of them obvious hits, others less well known — but they stand up pretty damn well when compared to the songs the Beatles wrote and recorded as Beatles in 1968 and 1969.

As good as these first solo songs might have been, there’s little doubt that they would have sounded even better mixed together in a compelling sequence.  Let’s face it, a McCartney song usually sounds better when followed by a Lennon song rather than another McCartney song — and vice versa, of course.  Add in the great stuff Harrison was writing at that time, and you’ve got the ingredients for an outstanding album.

(By way of comparison, consider how much better Crosby, Stills, Nash and Young songs sounded when you could hear them shuffled together instead of hearing a dozen Nash songs, or a dozen Stills songs, etc., on individual albums.)

For the sake of argument, let’s agree that a fantasy “Lost Last Beatles Album” would in fact have been a double album, with 22 tracks.  To qualify for inclusion, the recordings must have been written and/or released in 1970 and 1971, the first two years after the breakup.  And in the interests of fairness and reason, let’s also agree that Paul would get seven tracks, John would get seven, George would get six, and Ringo, not remotely in the same class as the other three songwriters, would get two.

Selecting which tracks should make the cut is a very subjective thing, to be sure.  I have my favorites from “McCartney,” “Ram,” “Plastic Ono Band,” “Imagine,” “All Things Must Pass” and the singles of that period — some were huge hits, while some were deep album tracks you may not recognize.  I’ve arranged them in an order I think would segue nicely, despite the broad range of styles, tempos and arrangements.  Think of “The White Album” and its eclectic cornucopia of different influences.

(A footnote:  I love the Lennon song “How Do You Sleep?”, but because of the scathing lyrics that are cruelly critical of McCartney and his music, there’s no way it would have been included…)

For what it’s worth, here are my choices and sequence of songs:

“Give Peace a Chance”

Lennon’s simplistic chant, recorded in a Montreal hotel room with an acoustic guitar and tambourine and a chorus that included John and Yoko, Tommy Smothers and other hangers-on, is the obvious choice as the album’s opener.  No doubt he was pleased when it was adopted by peace demonstrators during antiwar rallies of that time, but he couldn’t have known how iconic and lasting the song would still be many decades later.

This lush production by Phil Spector, which stands in stark contrast to the previous track, merges George’s overt spiritual lyrics with a joyous melody and a chorus of voices that sent the song to #1 in a dozen countries.  The fact that Harrison was later successfully sued for “unconsciously plagiarizing” from the 1962 girl-group hit “He’s So Fine” takes nothing away from the track’s sheer brilliance.

One of my favorite solo Paul tracks is this compelling tune from his “McCartney” debut LP.  Its lyrics hint at the problems he was having coming to grips with the dissolution of the Beatles, when he fell into a bad habit of drinking heavily and staying in bed…and yet, the music is upbeat, bright and memorable.

Lennon was primarily known for his rockers, but he was certainly capable of writing tender ballads as well.  This delicate love song to Yoko from the “Imagine” album tugs at the heartstrings in the same way as “Julia,” his ode to his mother from “The White Album.”

This likable song from Spring 1971 features Ringo on vocals and drums, plus an all-star cast (presaging his “All-Starr Band” concert tours of more recent years) including Stephen Stills, Klaus Voorman, Jim Keltner, Ron Cattermole and Gary Wright.  Although it’s known as Ringo’s song, the track is largely the work of George Harrison, who produced it, arranged it, played guitar on it, and co-wrote it with Starr, but never took a songwriting credit for it.

This one was a real “rough diamond in the rough” buried deep on the “Ram” album.  It’s a relentless rocker that features Paul shredding his vocal cords in his best “Oh Darling” tradition.  John was probably a better rock vocalist, but this shows what Paul could do.

“Awaiting On You All”

Harrison conceded 30 years later that producer Phil Spector went a bit overboard with his echo-y “wall of sound” approach on the “All Things Must Pass” LP, mentioning this song in particular.  It’s one of the better tracks, though, with a rollicking rock structure and lyrics that tout the spiritual benefits of chanting, a favorite Hare Krishna activity.

Lennon had this to say about this early 1970 single: “I wrote it for breakfast, recorded it for lunch, and released it for dinner.”  Indeed, the song was written and recorded the same day, and it was in the shops and on the radio only ten days later.  The track

takes a sardonic look at celebrity, stardom and ego and how the public can turn on you in, well, an instant.

Critics loathed this song when it came out, dismissing it as a too-cutesy piece of McCartney fluff.  But listen closely and you’ll hear impeccable production, two very catchy tunes smooshed together, inventive special effects and an irresistible Paul melody line and vocal performance that took the song to #1 in the US.

This track gets my vote as the sleeper from Harrison’s sprawling double album.  The titular Mr. Crisp refers to the British noble gentleman who built the enormous Gothic mansion in the English countryside that George bought in 1970 and lived in until his death in 2001.  A haunting and relentless piano part, combined with a marvelous vocal delivery, resulted in an engaging track that is a welcome addition to the Harrison canon.

John actually wrote this one in 1968 in India when it was known as “Child of Nature,” featuring an entirely different set of lyrics and an acoustic guitar-based melody.  By the time he resurrected it during the 1971 “Imagine” sessions, he had turning it into a dreamy, piano-based number with words that confessed the jealousy and rage that had infected his attitude toward women in his earlier days.  Bryan Ferry and Roxy Music had a minor hit with their cover version of the song a decade later.

“The Back Seat of My Car”

To my ears, I think this dramatic, gorgeous number is one of Paul’s finest moments as a solo artist.  His ability at composing, arranging and singing a grand production like this one is just about unparalleled.  Take a listen to the swirling vocals, lavish strings and horns, and a structure that dips in and out of hard rock and balladry.  It served as the thrilling finale on “Ram” in 1971. 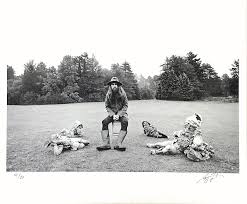 The follow-up single to “My Sweet Lord” was, in some ways, even more catchy and memorable, and provided ample proof to the public that George’s songwriting had truly come of age.  The all-star cast who played on the session — Ringo, and a killer horn section — are heard in full bloom, thanks again to Spector’s all-encompassing production.

The opening tune from “Ram” has some fine guitar work and vocals from Sir Paul, with Linda on harmonies.  The lyrics have been interpreted as critical of John’s involvement in various social causes of that era, and Paul also scolds him for throwing away the great thing the Beatles had together (“That was your first mistake, you took your lucky break and broke it in two…”)

Starr’s interest in glam rock and friendship with Marc Bolan are reflected in this repetitive rocker, recorded in late 1971 and released in early 1972.  The track features Ringo’s martial drumming attack, great slide guitar by George, and able help from Gary Wright on piano and Klaus Voorman on bass and sax, and it was catchy enough to reach #9 in the US and #2 in the UK.

Paul’s breezy song about the drudgery of another working day stands in stark contrast to the one John had written and released months earlier (see below).  This single from early 1971 was the first McCartney tune to be credited to Paul & Linda McCartney, a seemingly innocent labeling that had legal ramifications later when the record company and the lawyers got involved.  Sigh. 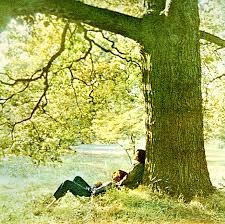 One of John’s most powerful songs, but not heard much at the time of release mostly because of the two f-bombs he dropped in the lyrics.  His blunt tribute to the plight of the blue-collar worker became the go-to favorite among the dozen stark, harrowing tracks on his 1970 “John Lennon/Plastic Ono Band” album (known to many as the “Primal Scream” album in reference to the radical therapy he underwent earlier that year).

“All Things Must Pass”

The warm, practical philosophy George preaches in the title track of his 1970 album still holds up very well today, and could be considered timeless (“Daylight is good at arriving at the right time, it’s not always gonna be this grey, all things must pass away…”).  The Beatles made a few half-hearted attempts at recording this in early 1969 but gave up, so George kept it for himself.  Probably a good move.

Probably the very best song by a solo ex-Beatle.  A very simple piano melody, a strong yet lovely vocal performance from John, and lyrics that offer an uncompromisingly utopian view of society without boundaries, rules, dogma or war — it adds up to what would have been the most memorable track on this collection.

This is the one that surprises most people when they learn it’s not a Beatles song but in fact a McCartney solo track.  It came out in April 1970 on the “McCartney” solo debut, right in between the release of the final Beatles singles, “Let It Be” and “The Long and Winding Road.”  Paul’s piano melody, heartfelt vocal and fiery lead guitar that carry this ode to wife Linda would have sounded right at home on either the “Let It Be” or “Abbey Road” LPs.

Some observers have interpreted the lyrics to this plodding yet mesmerizing hymn as George’s farewell message to his fellow Beatles (“Isn’t it a pity, now isn’t it a shame, how we break each others’ hearts and cause each other pain…”).  But George said it was meant to be more of a universal pang of regret about how the people of the Earth can’t seem to get along peacefully.  Phil Spector’s huge production and long fade-out give the song perhaps more grandeur than was appropriate, so George also included a scaled down, almost unplugged version of the song elsewhere on the album.

This track would make an excellent coda to this imagined album, much in the same way “The End” served the same role on “Abbey Road”…although this one offers a far less satisfying emotional feel.  In “God,” Lennon rattles off a list of people and institutions he no longer believes in, including Elvis, Dylan (“Zimmerman”) and, finally, Beatles.  “The dream is over,” he sings with finality, making it abundantly clear that there will be nothing more forthcoming from The Fab Four.