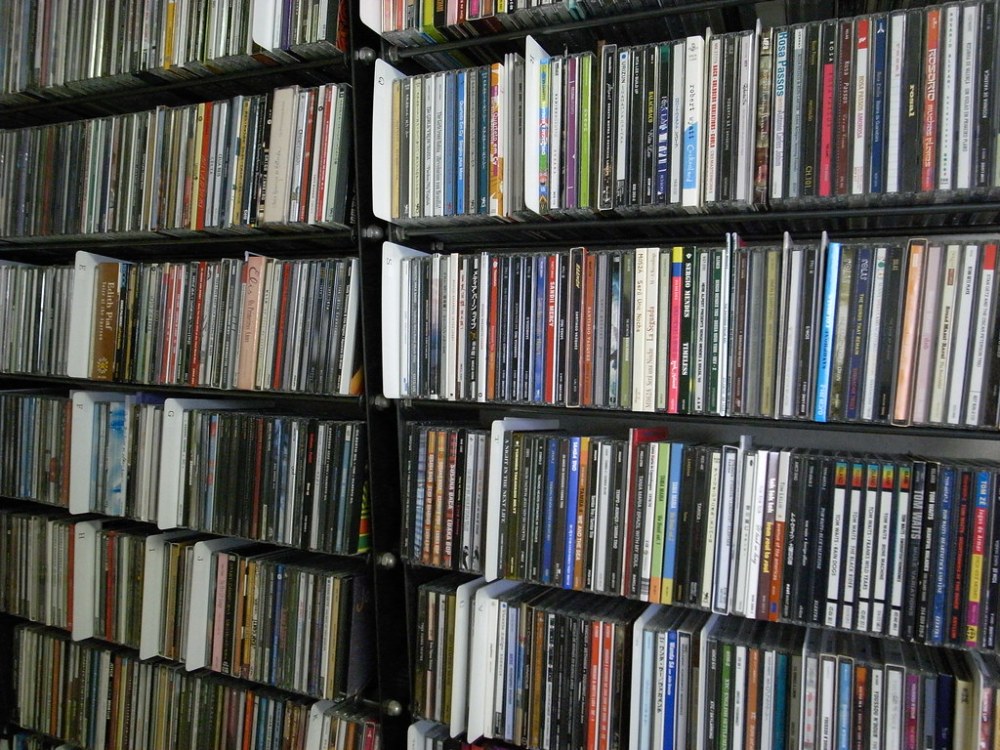 What I do in compiling these playlists is search through my voluminous music collection (vinyl and CD) of artists’ works from the ’60s, ’70s and ’80s and select a dozen songs I’m betting you’ve forgotten all about, or never heard before.  The idea is to ignore the same old hits that classic rock stations keep playing and dive deeper to find those jewels from the past that deserve your attention.

Some of these songs are on brilliant, classic albums.  Others are tucked away on so-so albums you never think about pulling off the shelf.  Still others are the only decent tunes on horrendous albums that probably didn’t deserve to be made in the first place.  See if you can figure out which of these 12 fit in which category…

I hope you enjoy this new batch of “diamonds in the rough.”

“Happiness is Just ‘Round the Bend,” Brian Auger & Oblivion Express (1973) 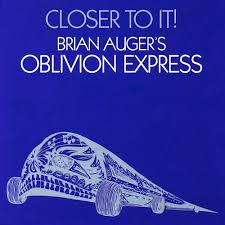 Auger is a British jazz/rock keyboardist who has played as a session musician and in several configurations with jazz and rock musicians alike.  He played on The Yardbirds’ “For Your Love” hit single in 1965, and in a group called The Steampacket with Rod Stewart, Long John Baldry and Julie Driscoll.  He made more albums with Driscoll and the band Trinity before forming The Oblivion Express in 1970.  On that group’s fourth effort, the 1973 LP “Closer to It,” there’s a pretty solid cover version of Marvin Gaye’s “Inner City Blues,” but the standout tune I want to share is “Happiness is Just ‘Round the Bend,” a marvelous jazz/rock track featuring Auger on vocals and keyboards.  Auger has continued working with a broad range of artists in Europe and the U.S., playing festivals and doing live TV performances well into the 2000s. 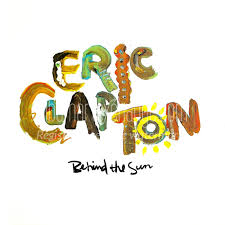 By the mid-’80s, Clapton had seemingly done it all.  He played iconic guitar parts and solos with The Yardbirds, John Mayall’s Bluesbreakers, Cream, Blind Faith and Derek and the Dominos, and evolved into a damn good singer and songwriter as he began a solo career in 1974.  He also had kicked heroin and alcohol addictions, and struggled through a marriage to Pattie Boyd, George Harrison’s ex-wife, which influenced the songs he was writing.  He was chagrined when he turned in the tapes for his 1984 album “Behind the Sun,” and the label found it too depressing.  They insisted he record three more radio-friendly songs with a team of seasoned producers and musicians, and the result was a likable but disjointed LP that still stalled at #34 on the US album charts.  The single was one of those three, the irresistible “Forever Man,” a hard-driving tune by Texas songwriter Jerry Williams that fared modestly at #26 on the pop charts. 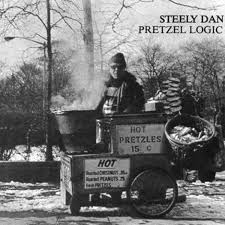 To my ears, the recorded output of this “band” is one spectacular track after another, with maybe two or three duds in their whole seven-album catalog of their initial run (1972-1980).  Donald Fagen (keyboards and vocals) and Walter Becker (guitar, bass) co-wrote disarming, clever, infectious songs, and brought in hired guns like guitarist Larry Carlton, sax man Phil Woods and singer Michael McDonald to record the parts as Fagen and Becker envisioned them.  They had their share of hit singles (“Reelin’ in the Years,” “Josie,” “FM,” “Peg,” “Hey Nineteen”), but just as juicy were the deep tracks, and there were dozens:  “Doctor Wu,” “Bad Sneakers,” “The Fez,” “Your Gold Teeth,” “Glamour Profession,” “Brooklyn.”  You’ve got to check out “Night By Night,” a funky piece from their third LP, “Pretzel Logic,” with riveting horn charts and drop-dead vocals.  You simply can’t go wrong with any of Steely Dan’s albums. 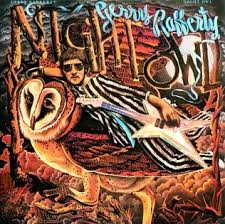 I’ve been a big Rafferty fan since 1973 when, as part of Stealers Wheel, he scored with “Stuck in the Middle With You,” which went on to appear in a key scene in Quentin Tarantino’s “Reservoir Dogs.”  Rafferty hit his commercial peak in 1978 with the fabulous “Baker Street” and its indelible sax riff, followed by the engaging “Right Down the Line,” both from his consistently excellent “City to City” LP.  From the next album, “Night Owl,” Rafferty had some success with two singles, “Days Gone Down” (#12) and “Get It Right Next Time” (#21), but just as strong a candidate would have been “The Tourist,” also featuring Rafferty’s smooth Scottish tenor, solid melodic song structure and that soaring sax from Raphael Ravenscroft.  Rafferty’s aversion to touring and a crippling alcohol addiction affected his sales from that point forward, but you’d do well to discover the seven subsequent albums he made before his death in 2011 at age 63. 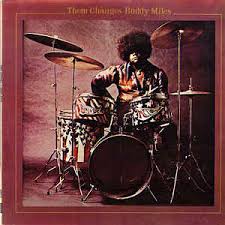 Drummer Buddy Miles was a musical legacy:  His father played upright bass for Duke Ellington, Count Basie and others, which helped give him cachet when he sought drumming gigs with R&B and soul acts like The Delfonics and Wilson Pickett.  At age 21, he moved to Chicago and teamed up with blues guitarist Mike Bloomfield and singer Nick Gravenites to form the blues/rock/soul band The Electric Flag.  The next year, he contributed to sessions for Jimi Hendrix’s “Electric Ladyland” LP, and then joined Band of Gypsys, Jimi’s new blues rock trio.  By early 1970, Miles released his first solo album, anchored by the heavy bass line and marvelous groove of the title track, “Them Changes.”  The tune appeared on two successful live albums as well — “Band of Gypsys” (1970) and “Carlos Santana and Buddy Miles Live!” (1972).  Miles died in 2008 at age 60. 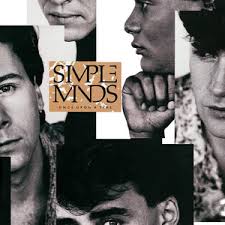 Although this Glasgow, Scotland-based art rock/new wave band built a strong fan base in the UK during its initial five album run (1979-1984), they made almost no impact in the US.  When Simple Minds were asked to record a song by a German songwriting duo for use in John Hughes’ coming-of-age film “The Breakfast Club,” they balked at first, preferring to record their own songs, but eventually relented.  “Don’t You (Forget About Me),” of course, became a huge international #1 hit and the group’s signature song.  Recorded concurrently in 1985 was their seventh LP, “Once Upon a Time,” which featured producer Jimmy Iovine, who pushed singer Jim Kerr to achieve a more energetic vocal style.  It worked — the album reached #10 in the US, thanks to stellar tracks like “Alive and Kicking,” “All the Things She Said” and especially “Sanctify Yourself,” which reached #14 in 1986.  You rarely hear it anymore….until now. 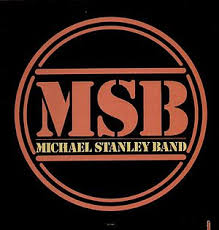 In their native Cleveland and other Midwest pockets, The Michael Stanley Band was a wildly popular, multi-talented rock band during their 10-year run, but elsewhere, MSB were virtual unknowns, which is a crying shame.  Stanley recorded two solo acoustic albums in the early ’70s, then formed MSB and recorded an album a year for a decade, each packed with strong rock tracks like “Misery Loves Company,” “Last Night” and “In the Heartland” and the occasional ballad (“Waste a Little Time on Me,” “Why Should Love Be This Way” and “Spanish Nights”).  One of my favorite rockers in their catalog is “In Between the Lines,” the leadoff track from their “MSB” album.  Bob Pelander’s impactful piano hook, Rick Bell’s savage sax lines and Stanley’s guttural vocals pack a real wallop. 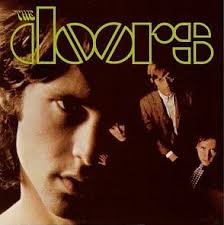 Still one of the most astonishing debut albums of all time, “The Doors” was almost a Doors greatest hits package, with not only the longer album version of the huge #1 hit “Light My Fire” but also “Break On Through,” “Soul Kitchen,” “20th Century Fox,” “Back Door Man,” “The Crystal Ship” and the dark opus “The End.”  Notorious vocalist Jim Morrison was singing at his best in those days, and the organ-driven sound of the band helped the group stand out from all the guitar bands so prevalent at the time.  Of the three or four deep tracks you rarely hear from this LP, “Take It As It Comes” is a keeper, with Ray Manzarek in charge on keyboards.  The band’s later work included some real gems (“Riders on the Storm,” “When the Music’s Over,” “Love Me Two Times,” “Roadhouse Blues”), but was far more erratic.  Morrison’s mysterious death in 1971 at age 27 effectively closed the door on their career, but their legendary music lives on. 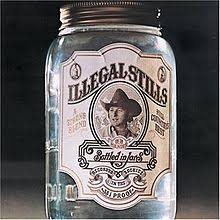 Stills’ impressive track record as a songwriter, guitarist and singer with Buffalo Springfield and Crosby, Stills and Nash created high expectations when he began his solo career.  The “Stephen Stills” album in 1970 met those expectations, but most everything that followed was highly inconsistent.  One or two enjoyable songs does not a great album make, as we learned on “Stephen Stills 2” (1971) and “Illegal Stills” (1976).  It wasn’t until 1977’s “CSN” reunion with Crosby and Nash that we were treated to five superb Stills tunes on the same LP.  But those isolated tracks on ho-hum records are well worth your time.  “Change Partners,” for instance (from “SS 2”), is one of Stills’ best tunes, and “Buyin’ Time” from “Illegal Stills” would’ve fit in nicely on the CSN album if there had been room.  It’s carried by fine Hammond organ by Stills and harmonies by Donnie Dacus and Mark Kaylan, who continued working with Stills on his next few solo projects. 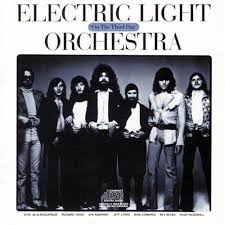 When Jeff Lynne and others from the British rock band The Move went off on their own in 1971, they adopted a lofty goal:  Pick up where The Beatles left off.  Lynne said they wanted to focus on orchestral instruments to give the music a classical sound, with rock guitars used as accompaniment, hence the new group’s name:  Electric Light Orchestra.  Did it work?  An early hit from “ELO II” merged Chuck Berry’s “Roll Over Beethoven” with a portions of Beethoven’s Fifth Symphony and made the Top Ten in the UK.  On the band’s next LP, “On the Third Day,” they included the catchy original “Showdown,” which featured a funkier backbeat to go with their trademark sweeping strings.  ELO went on to become one of the biggest concert draws and record sellers of the late 1970s/early 1980s, and Lynne ended up working extensively with George Harrison and, later, all three remaining Beatles on their “Free as a Bird” and “Real Love” singles in 1995. 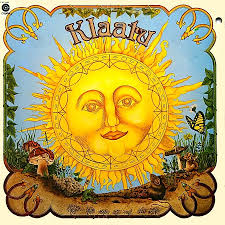 This obscure Canadian band consisted mainly of two multi-instrumentalists named John Woloschuk (keyboards) and Dee Long (guitars), who wrote very Beatlesque pop and progressive rock.  When they signed with Capitol in 1976, their debut album (known as “3:47 EST” in Canada) was released in the US as “Klaatu.”  The band chose to include no photos nor individual musician credits; all songs were simply listed as being written and published by “Klaatu.”  When an American journalist speculated that the LP might actually be a secretly reunited Beatles recording under a pseudonym, it led to widespread rumours.  Klaatu’s vocal style and musical creativity could definitely be considered similar to the Beatles, especially on tracks like “Sub-Rosa Subway.”  Compare this to the next track, from McCartney’s solo work from the same period. 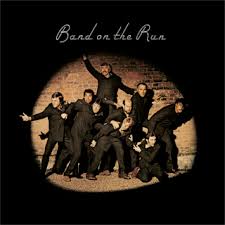 After The Beatles’ breakup, McCartney couldn’t resist including at least one track per album that sounded like it would’ve fit nicely on “The White Album” or “Abbey Road.”  “Maybe I’m Amazed,” “The Back Seat of My Car,” “My Love,” “Band on the Run” — all have richly produced melodies laden with strings and backing vocals.  Also from the “Band on the Run” LP is the suite-like “Nineteen Hundred and Eighty-Five,” which gallops along furiously to the album’s conclusion, when it wraps up the song cycle with a quick reprise of the title track’s chorus.  It reiterates the album’s loosely imagined theme of escape, with lyrics that capture the idea of artistic freedom through love.  I think it’s one of the best dozen songs in McCartney’s solo career. 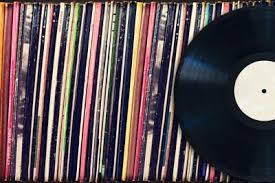 Here’s the Spotify playlist so you can listen to the tunes as you read about them: