January 1st, I think, is a terrible time to start a New Year.  We’re exhausted from the Christmas season, it’s cold and dark outside, there’s a long stretch of winter months ahead of us.  I always thought April 1, or May 1, with its blooming crocuses and “hope springs eternal” mindset, would be a far better time for this spiritual, physical and mental renewal.  But January 1 it is, so let’s proceed.

The need for rebirth, for turning over a new leaf, is a strong and beneficial thing.  We all must recharge our batteries, refocus our goals, and start anew sometimes.  Maybe every year.

Today, to commemorate the ushering in of 2019, I am featuring a dozen songs that are designed to mark the New Year and the changes, resolutions and fresh starts we hope to successfully achieve in the coming 12 months. 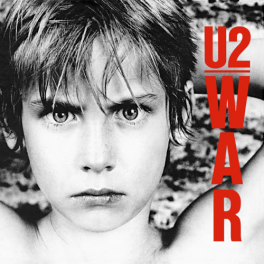 “Though I want to be with you, be with you night and day, nothing changes on New Year’s Day…”  Bono is probably right.  Nothing much changes on New Year’s Day.  It’s the day AFTER when we start getting serious about our exercise programs, our diets, our resolutions and the need to make that fresh start.  Here’s to everyone’s intentions to shake off the old and commit ourselves to new and wonderful things in our lives.

Rock’s most notorious chameleon apparently knew ahead of time that he would be going through many ch-ch-ch-changes as he proceeded through his extraordinary career.  Indeed, he wrote and released this song in 1971 as part of the “Hunky Dory” album, but by the time it became a hit in the US in 1973, he had already moved on to his Ziggy Stardust persona, and would soon move on again to his R&B/disco period.  This song does such an amazing job of reminding us that changes will always come, as much as we may resist them:  “Turn and face the strange changes, just gonna have to be a different man, time may change me, but I can’t trace time…” 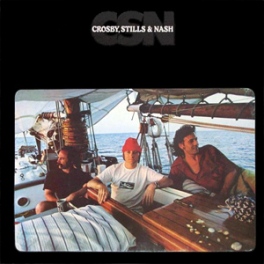 “She has seen me changing, it ain’t easy rearranging, and it gets harder as you get older, farther away as you get closer…”  It’s in most people’s nature to resist change.  We prefer the familiar because, well, it’s familiar.  And the older we get, the more resistant we are to change.  But change we must, even if it ain’t easy, because the world around us keeps changing, as Stephen Stills so aptly pointed out.  Stills had been a leader of Buffalo Springfield and participated in the incredible “Super Session” album with Al Kooper in 1968 before teaming up with David Crosby and Graham Nash (and Neil Young) in 1969, followed by popular solo albums, a run with Manassas and a CSNY reunion tour.  So many changes…  When the original trio reconvened on 1977’s excellent “CSN” album, one of the highlights was this acoustic gem.

In 1998, Death Cab for Cutie was just a struggling US band, working the Seattle area and recording on a small indy label.  Their album “Transatlanticism” from that year made critics sit up and take notice, and they soon won a contract with a major label and had a #1 album a few years later.  The debut single from that album, “The New Year,” offers some universal, sobering lyrics that we can all learn from on this January 1st:  “So this is the new year, and I don’t feel any different…and I have no resolutions for self-assigned penance for problems with easy solutions…”

It had been a long three years since The Who’s last LP (“The Who By Numbers”) when they came roaring back to prominence with “Who Are You” in the fall of 1978.  Townshend’s songwriting and inventive new uses of synthesizers in the arrangements showed the punks and New Wavers that The Who were not only relevant but kicking ass, with the album peaking at #2 and the “Who Are You” single reaching #9.  The LP kicked off with the vibrant “New Song,” which touched on the challenges facing “old rockers” at that point:  “You need a new song, I’ll set the words up so they tear right at your soul, don’t take me too long, but there’s a danger that I’ll plagiarize something old…”  Only weeks after the album’s release, drummer Keith Moon, in the midst of addiction recovery, was found dead of an accidental overdose of a drug intended to prevent the symptoms of alcohol withdrawal.  The Who soldiered on but were never the same. 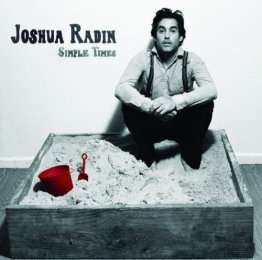 “It’s a brand new day, the sun is shining, it’s a brand new day, for the first time in such a long long time, I know I’ll be okay…”  Born and raised in my old stomping grounds in Shaker Heights, Ohio, Radin and his music have been featured on “Scrubs” and several other TV shows, and he performed at the marriage of Ellen Degeneres and Portia de Rossi.  He emerged in 2004 and still releases new music every couple of years, but his 2008 album “Simple Times” is a hidden treasure I recommend to all singer-songwriter fans, and includes the inspiring “Brand New Day.” 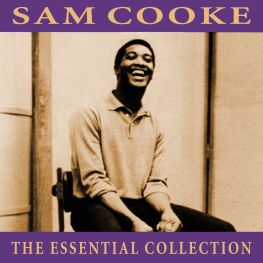 One of the great tragedies of soul music was the too-early passing of Sam Cooke, whose voice inspired so many artists and fans alike.  As the Civil Rights era was gaining strength, he was shot and killed in an early-morning altercation in an LA motel, just as he was releasing songs like “A Change is Gonna Come,” with its message calling for societal change.  But we can draw strength from the lyrics as they relate to the need for personal and spiritual growth as well:  “It’s been a long, long time coming, but I know a change is gonna come, yes it will…”

There may be no better lyricist in my lifetime than Mr. Robert Zimmerman of Hibbing, Minnesota.  This anthem from his early years points towards the need to get with the program as life in America and elsewhere was about to go through some radical and necessary sea changes.  But again, the words can be interpreted as being about the need for personal changes too:  “You better start swimming or you’ll sink like a stone, for the times they are a-changin’…” 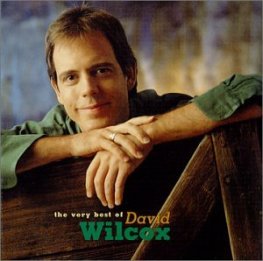 Another Northeast Ohio boy, Wilcox has been releasing an album a year for more than twenty years but has never received the attention he deserves.  His voice is a cross between James Taylor and Nick Drake, and his songs offer wonderfully creative lyrics and soothing melodies.  “New World,” from his second album, “Big Horizon,” focuses on the need for second chances in relationships, but it can also be interpreted as the need for second chances in any of life’s avenues… “New world, sun is rising, we we were wise just to see it though, new world, second chance for me, second chance for you…”

“Maybe some change is all that we need, change is coming, gonna help us succeed, change happens every day…”  Jim Messina had been a member of both Buffalo Springfield and Poco, but wanted to focus on being an independent producer instead.  He was paired with singer-songwriter Kenny Loggins in 1971 to produce his first album, but Messina added so much in songwriting, instrumentation and arrangements that they decided to become a duo, and lasted five successful years before amicably parting ways.  One of Messina’s best songs was “Changes” from their #8 1974 album “Mother Lode.”  Although it’s about a musician and how his success resulted in many life changes, we can all relate to these kinds of changes in our own lives.

In the original recording of Paul Simon’s brilliant song, which was released first as a Top Five single in April 1969 and then appeared on the early 1970 release of the “Bridge Over Troubled Water” LP, he chose to omit a verse, inserting an instrumental break instead.  But when the duo performed the song in concert, they restored the missing verse, which talks about change in a most profound way.  You can hear it on various live recordings of “The Boxer,” such as on their “Live 1969” CD:  “And the years are rolling by me, they are rockin’ evenly, I am older than I once was, and younger than I’ll be, that’s not unusual, it isn’t strange, after changes upon changes, we are more or less the same, after changes, we are more or less the same…” 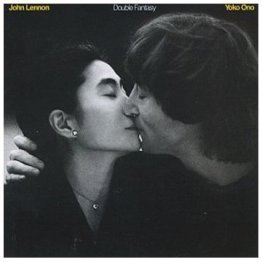 “It’s time to spread our wings and fly, don’t let another day go by, my love, it’ll be just like starting over…”  It will always be one of the biggest heartbreaks of my life that, just as Lennon was emerging from his self-imposed exile to “start over” with a fresh batch of songs and a new lease on life, he was brutally shot and killed.  The mind reels to imagine the amazing songs he might be writing today… We can all take a page from Lennon’s songbook by appreciating and embracing what he was trying to say in this song of rebirth.

Happy New Year, one and all!